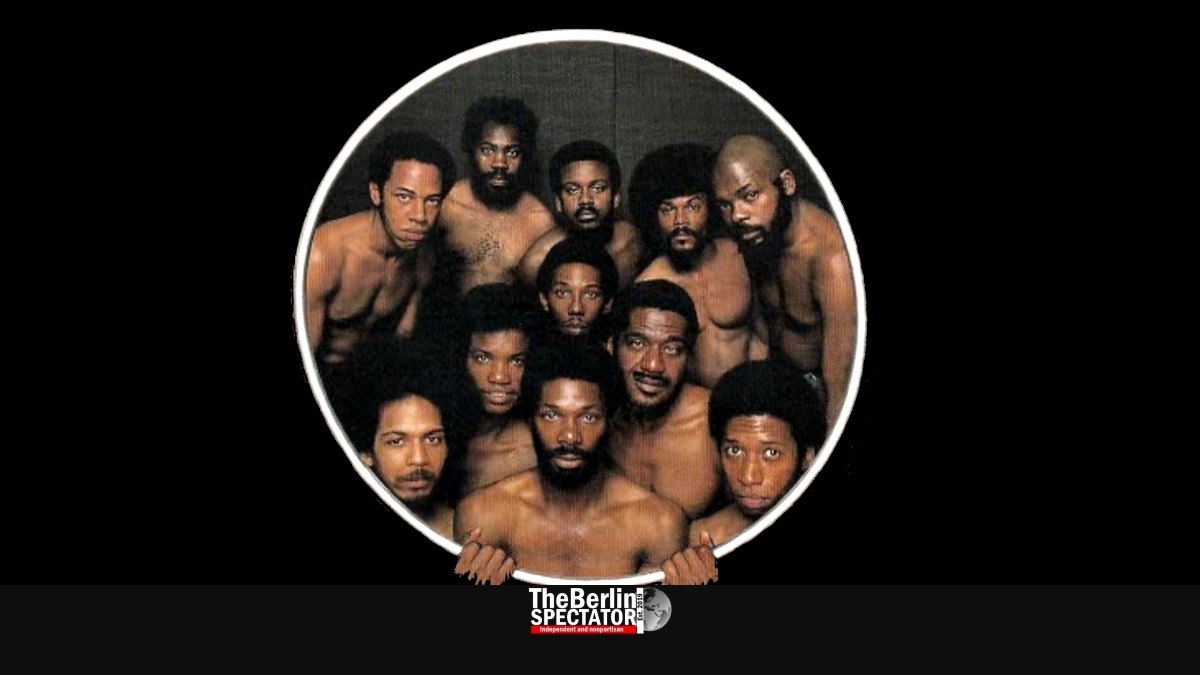 Forty years ago, some of the most breathtaking Soul tunes were recorded. Stunning voices met breathtaking compositions and arrangements in songs so beautiful they can make grown men cry.

This stuff is too good to be real. It can be found in the mostly American Soul of the late 1970s and early 1980s. These are ten more examples. (See the first collection of 10 tunes here.)

NORMAN CONNORS We Both Need Each Other (1976)

Norman Connors is one of the most gifted composers, arrangers and producers on the face of the Earth. As a drummer, he started playing with Jazz greats in the early 1960s. In the mid-1970s, Connors started recording Soul and Funk tunes which he released on a series of brilliant albums. He also created legendary bands such as Aquarian Dream and The Starship Orchestra. In 1976, he recorded this wonderful love ballad with vocalist Michael Henderson and the late Phyllis Hyman.

Roy Ayers, who will be 80 years old later this year, is one of the inventors of Jazz-Funk. The vibraphonist, vocalist, composer and producer has written and performed countless stunning tunes, including ‘Everybody Loves the Sunshine’ and ‘Searchin”. He is also an excellent performer who still hits stages in the U.S. and Europe. Recently he was in Berlin and London. His concerts are not only stunning, but funny too, because, as it turns out, Roy Ayers is a born comedian as well. This ballad ‘I Really Love You’ was recorded in the late 1970s, but released much later, in 2003, one of of his two ‘Virgin Ubiquity’ sampler albums. He sang it with none other than Merry Clayton.

THE EMOTIONS ‘There’ll Never Be Another Moment’ (1981)

The future original members of The Emotions, Jeanette Hawes, Theresa Davis and Adrianne Harris sang Gospel tunes when they founded The Hutchinson Sunbeams in the early 1960s. Once they had become The Emotions, Isaac Hayes was involved in producing their first album ‘So I Can Love You’ in 1969. Until 1985, they released nine albums, three of which were produced by the late Maurice White of Earth, Wind & Fire. His signature can be easily recognized in this tune, ‘There’ll Never Be Another Moment’, the arrangements for which are nothing less than stunning. The whole thing is, also because of the prominent slap bass he included. He never did so with EW&F.

The group L.T.D. was founded by Arthur Carnegie, Jake Riley, Carle Wayne Vickers and Abraham Miller from North Carolina in 1968. They had been playing together in other bands. Also they backed the popular duet ‘Sam & Dave’. At first, the band was known as ‘Love Men Ltd’, which later turned into L.T.D.. Recorded in 1978, this wonderful love ballad, ‘We Both Deserve Each Other’s Love’, is one of their hits. The biggest one they ever came up with was ‘Love Ballad’. George Benson made it an ever bigger hit than they did.

Like his childhood friend Terry Callier (see below), the late Curtis Mayfield was a ‘message song guy’, meaning a singer/songwriter, guitarist and producer. In the 1960, he was part of The Impressions with whom he already performed songs with social messages such as ‘Choice of Colors’. As a solo artist, he continued including awareness issues in his song lyrics. Some of his most famous tunes are ‘Fred is Dead’ and ‘Move on Up’. For the movie ‘Superfly’, he created the theme song. Curtis Mayfield died of diabetes in 1999.

Nobody should ever list ‘best of Soul’ tunes without Chaka Khan, one of the greatest singers on Earth. Her 1980 solo album ‘Naughty’ contained ‘Move Me No Mauntain’, with a great rhythm guitar intro. As opposed to later solo albums of hers, this one does not contain drum programming or the kind of overproduced 1980s sound she gave into later on. ‘Naughty’ could still have been a Rufus & Chaka Khan album, meaning the style is comparable, but it wasn’t.

The McCrarys were a Gospel group consisting of siblings that turned into a Soul and Funk act in the late 1970s. Their 1978 album ‘Loving is Living’ contained very interesting songs, including ‘Thinking About You’ in which they did some incredible singing, as usual. This tune’s chorus (“And when the time comes for you and me to be together …”) is fascinating. It comes in early and is being repeated only twice, with different lyrics the third time. What a killer song!

The late Terry Callier was a singer/songwriter, as well as a Folk, Blues and Soul singer. As an exceptional artist who implemented new ideas, he was not too successful in becoming as famous as many other artists of the genres he recorded, probably because he was different in the sense that he delivered songs of a kind people did not expect. So he became a programmer at the University of Chicago, in order to make ends meet. In the 1990s, Acid Jazz Records in Britain rediscovered Terry Callier. One of his albums, ‘Speak Your Peace’, was co-produced by Incognito’s Jean-Paul Maunick. Terry Callier, an exceptional artist with a breathtaking voice, died at age 67 in 2012 from a serious illness. This tune, ‘Disco in the Sky’, was part of the album ‘Fire on Ice’.

Vocalist Geraldine Haas from Chicago was part of a vocal trio with her sister and brother in the 1960s. While performing with several acts, she established the Duke Elington Celebration which metamorphosed into the Chicago Jazz Festival later. She recorded a lot with fellow artists, but made only one solo LP, in 1979. The self-titled album contained two Gino Vannelli covers. This stunning interpretation of ‘Summers of My Life’ is one of them.

Patrice Rushen needs to be honored here as well. The pianist, multi-instrumentalist, vocalist, composer, arranger and music professor has recorded many albums with a wide range of genres, including Straight Ahead Jazz, Fusion, Jazz-Funk, Funk, Soul and even classical music. Her biggest hit was the Disco tune ‘Forget Me Nots’ that was turned into ‘Men in Black’ for the stupid movie with that same title. ‘Didn’t You Know’ is one of Patrice Rushen’s nicest Soul ballads.

Note: The first part of our Soul series, entitled ‘Sounds of 1980: The 10 Most Wonderful Soul Tunes of All Time’ can be found here.