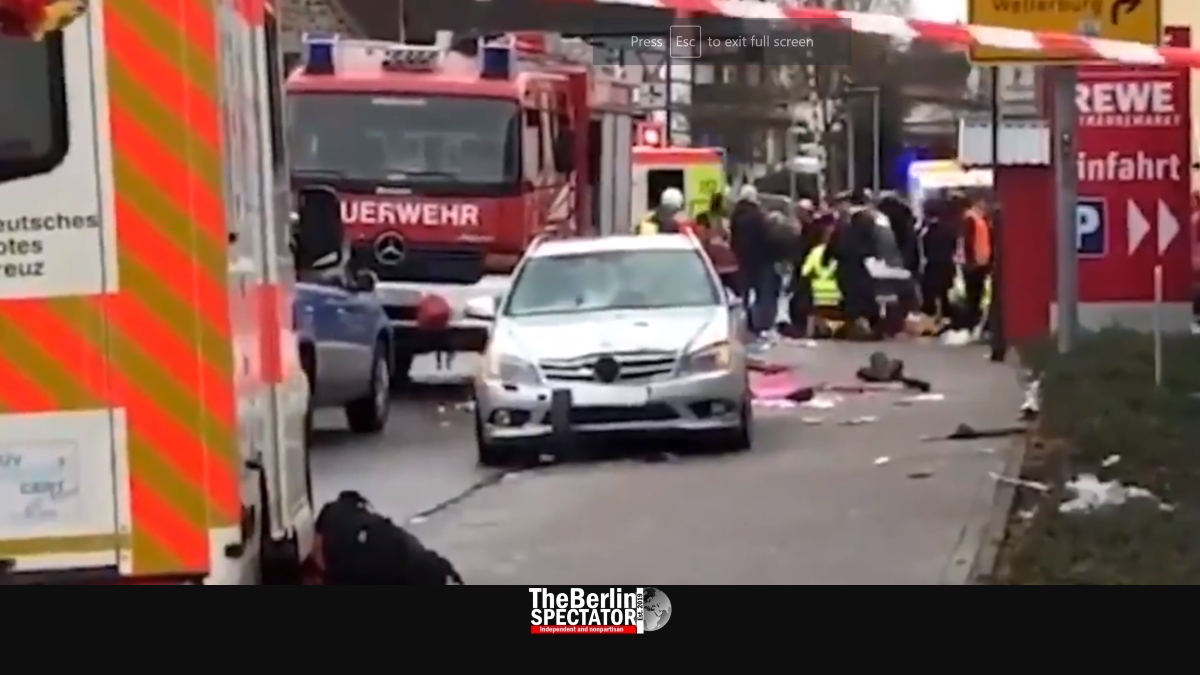 Police in Hesse ended all carnival parades in the federal state after a man raced into a procession in the town of Volkmarsen. More than 30 people were reportedly injured, some seriously.

According to the police in north-western Hesse, the man who raced his silver Mercedes into a carnival parade in Volkmarsen was arrested. A spokesperson said he had had to be protected from pedestrians who had wanted to attack him after the incident.

Witnesses said the man was 20 to 30 years old. In his car, he had bypassed a barrier. While hitting people in the parade, he had accelerated. After about 30 meters (98 feet), the car had finally stopped. Several people had been lying on the street, parents whose children had been hit had cried at the scene.

Just minutes ago, the police said they believed the man had hit the people in the procession deliberately. At first they had used the word ‘attack’. The culprit is a German citizen, according to the regional police department. German-language media reported there might not be any political motive.

Initially there had been suspicions according to which this could be meant to be revenge for the Hanau attack on Wednesday, in which ten people were murdered by a Nazi who believed in weird conspiracy theories. Nine of the victims were Kurds and Turks, one was the shooter’s mother. At this stage, it does not look that way anymore, considering the latest police statements.

As a precaution, police ended all processions that were taking place in the region on this carnival holiday.

The police in Hesse knows the suspect. In the past, he was accused of insult, trespassing and coercion. His motive is unknown. The prosecution in Frankfurt started proceedings against him.