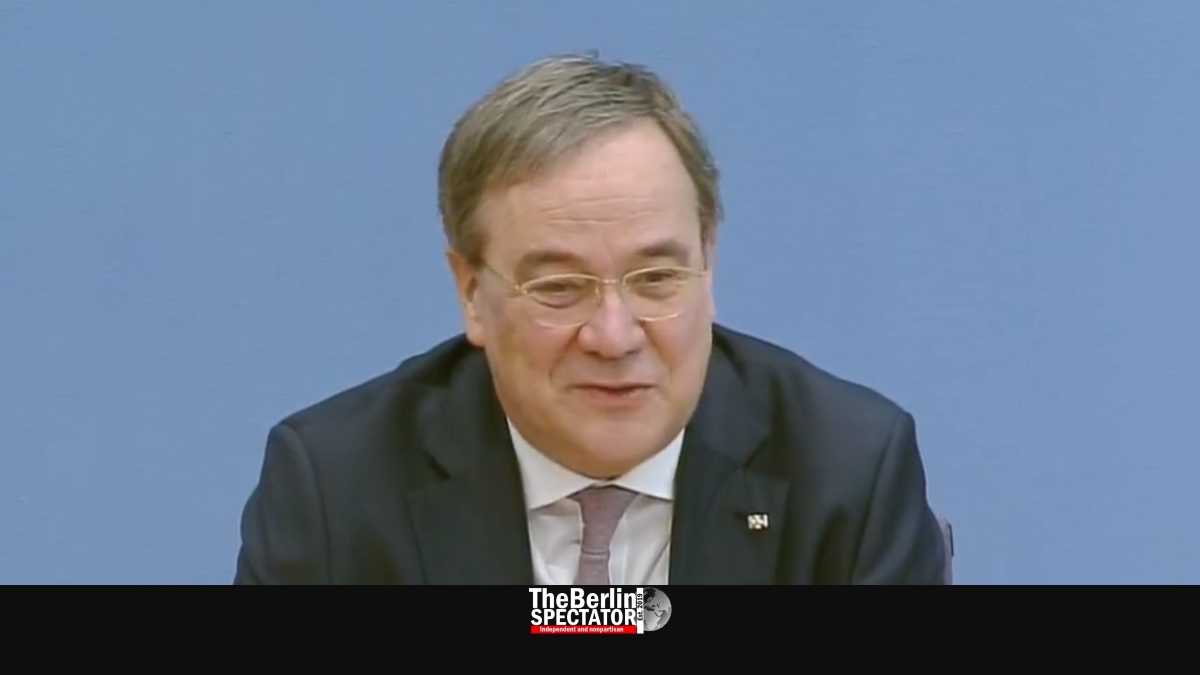 After weeks of discussions within Angela Merkel’s CDU, two unofficial candidates for the conservative party’s leadership became official today, and one dropped out.

Armin Laschet, the First Minister of Germany’s largest federal state North Rhine-Westphalia, announced his candidacy as CDU party leader in Berlin today. He appeared in front of the press with Health Minister Jens Spahn, who was an unofficial candidate as well. But Spahn said he would drop out of the race, but be part of a team with Laschet instead, as candidate for deputy party leader.

Laschet said Germany was economically successful. At the same time there was a lot of dissatisfaction, anger and hatred in Germany’s society. Established aspects such as basic rights would be questioned again. Fears were wide spread today. Jews would not feel safe in Germany anymore. Armin Laschet made clear he intends to improve things in this regard.

In this situation, it was important to commit to the constitution and to take a stand against right-wing extremism. Within the CDU, the task was to close ranks, after the big discussion about leadership the party had already gone through in 2018. This was when Annegret Kramp-Karrenbauer took over the top post in the CDU from Angela Merkel. After the recent Thuringia Scandal, she said she would step down once there was a successor.

In Berlin, Laschet stressed he wanted a modern Germany with a strong economy. A commitment to a convincing industrial policy needed to have a high priority. “We need an energy transformation that works and a good infrastructure.” Laschet also stated Germany had to become faster. “New dynamics” were necessary.

The cooperation within Europe is something Laschet wants to intensify. He also stated that he was in favor of an education policy that helped all school kids. Their origin should not determine the kind of chances they had in education.

Jens Spahn said the CDU had lost a lot of trust that needed to be regained. The party had discussed the question how it would get majorities instead of thinking about what exactly those would be needed for. But there was a chance in every crisis. Spahn said the decision to pull out of the race for the party leadership had not been easy.

The next candidate for CDU party leader, Friedrich Merz, held a press conference just minutes later. He said Germany needed improvements regarding its industrial, traffic and energy policies. Like Laschet he said the European cooperation needed to be strengthened. The CDU needed to become the leading pro-European party in Germany again.

“We have the choice between continuity and an awakening.” Merz said he stood for the latter. The elections in Hamburg on Sunday, in which the CDU got only 11.2 percent, had been a “wake-up call”. A lot needed to happen. His intention was to win this competition, and not to become a deputy party leader, Merz said.

Related feature: Germany: Who is the CDU’s Big Savior?