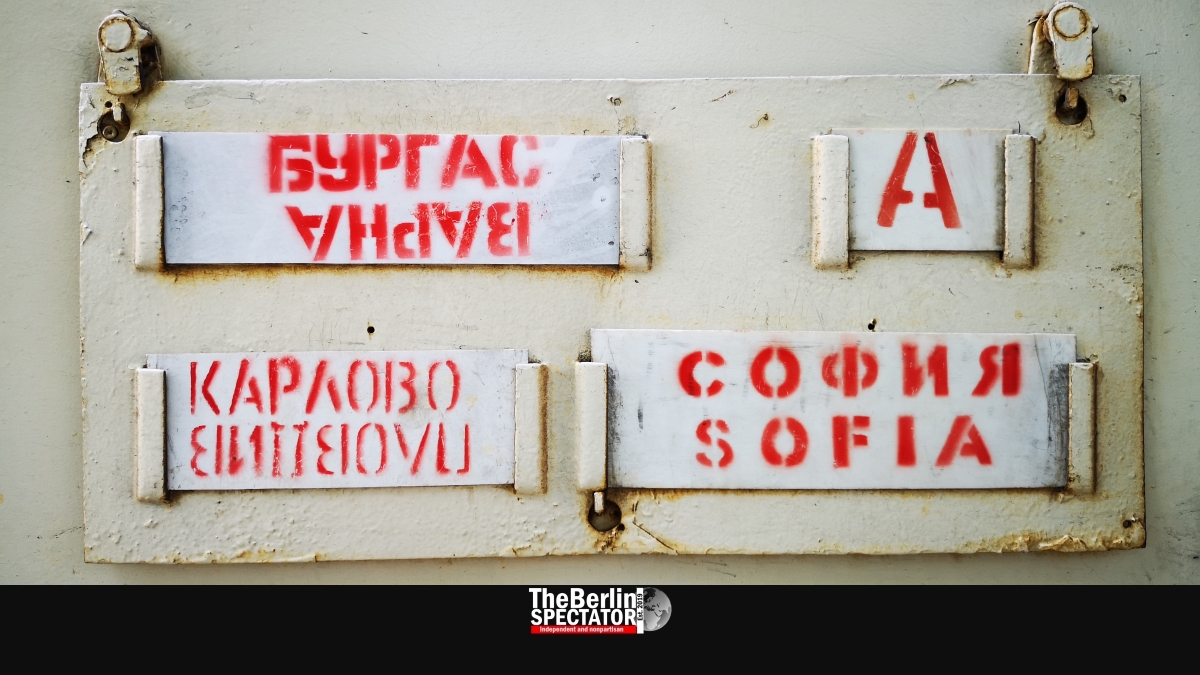 In Bulgaria, nobody needs a ‘Flux Capacitor’ or a black hole in space to go back in time. Purchasing a train ticket will suffice.

Sofia’s central station terminal was recently refurbished. It is a lot more elegant than the trains the Bulgarian operator BDZ (БДЖ) sends through the small country at the south-eastern tip of Europe. Travelers who come here to book a trip or find their connecting train should ideally be able to read Cyrillic fonts. English will not get them too far.

But the trains will, even though most of them are at least fifty years old, both the powerful looking locomotives and the dirty railroad wagons. Entering the train to Burgas at the Black Sea throws the traveler back for decades, into a world in which trains were still trains and traveling was still traveling.

Only 380 kilometers (236 miles) need to be covered, but the trip takes six hours. On many stretches the train will be struggling along at walking speed because the ancient tracks built during the times of communist Bulgaria do not support more. On the more modern stretches, the engine driver will try to make up for it.

Trip with a View

The train is the means of transport which lets travelers see the real Bulgaria. Little villages will move by the window, many of them are abandoned. The many Roma slums, on the other hand, seem to be crammed. And Bulgaria’s beautiful countryside is always a great photo object.

Because of ongoing renovations, the trains between Sofia and Burgas take deviations. They partially follow one-track routes. One of those leads via Plovdiv and Stara Zagora to the Black Sea. The other one, which takes its passengers through Bulgaria’s Valley of Roses, along the Balkan mountain range, is even nicer.

UFO in the Distance

The experienced traveler will be able to spot Buzludzha, an iconic mountain top building erected by the communists, which looks like a UFO on the cover of a 1960-s science fiction novel. Those who take this trip in spring will see millions of flowers on large fields.

Forget the fact that the train compartments, even in what the BDZ calls First Class, are dirty as hell. The toilets are terrible. So are the seats. Some doors do not close. But the beauty of the country outside this train makes the traveler forget about these secondary aspects.

At some point the train needs to climb hills. The Russian-built locomotive might not be the fastest one on Earth, but it does manage somehow. Then, a tight tunnel would suddenly turn the entire world into darkness. Obviously, this tunnel was made for freight trains. Any passenger who sticks his or her head out of the window will have it ripped right off, because the wall of the tunnel is only an inch away.

In small towns such as Shivachevo, the train stations are so cute. They look like they have not changed in 120 years. This is time travel at its best, without the DeLorean or the ‘Flux Capacitor’.

Traveling by train in Bulgaria is inexpensive, in part because the state of the trains is terrible, but mainly because, in the poorest E.U. country, those who normally choose to travel by train earn some 300 Dollars a month if they are lucky. A one-way ticket from Sofia to Burgas, in what they call First Class, is 28 Leva, the equivalent of 14 Euro (16 Dollars or 12 Pounds). No trip back in time is cheaper. And few provide as much beauty as this one.