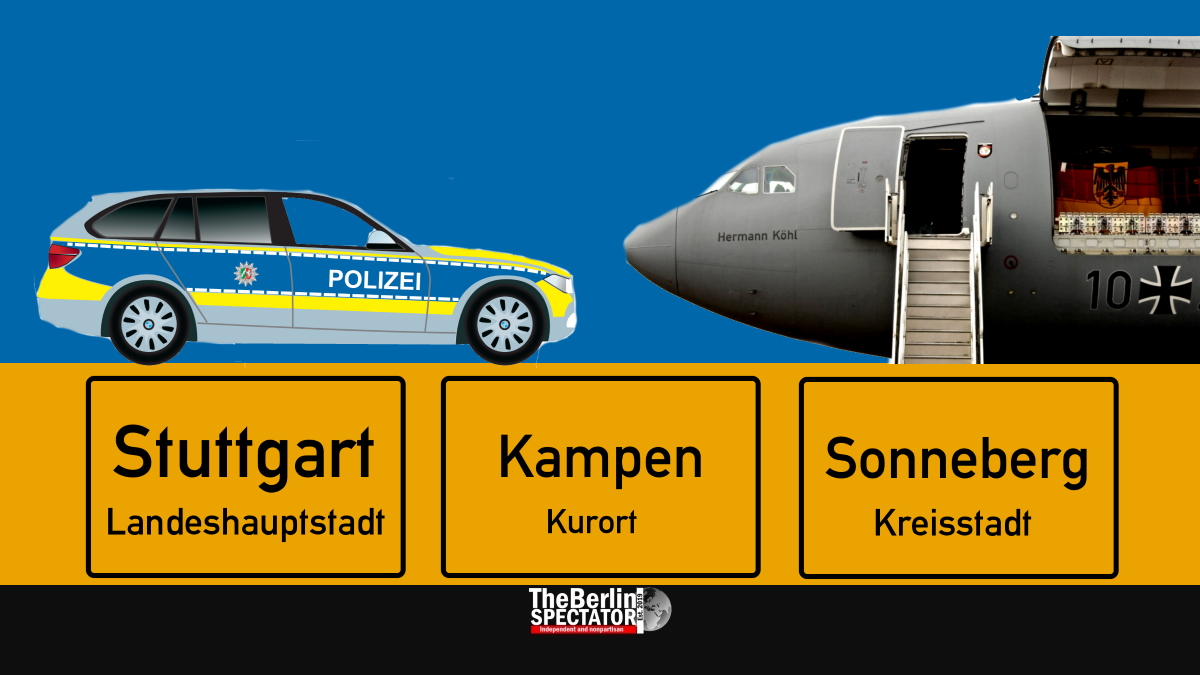 Health authorities in Thuringia are dealing with a Coronavirus outbreak in Sonneberg county. In other parts of Germany, police had to dissolve illegal gatherings.

While the overall number of persons infected with the Coronavirus increases very slowly at this point, the German authorities are confronted with local outbreaks on a regular basis. Now Sonneberg county in southern Thuringia is in the center of the attention.

In that region, the number of Coronavirus cases just increased again, to 247. At a home for the elderly, 19 inhabitants and caregivers are infected. The same applies to an employee of a local nursing service and a kindergarten teacher. The number of infected in the county now stands at 70.2 per 100,000 residents.

Officially, 50 infected persons per 100,000 inhabitants is a critical number in Germany. Counties or towns than exceed it are supposed to take measures. In Sonneberg, the authorities decided to leave the existing Corona rules in place, meaning they said they would refrain from easing any of them for the time being.

Because of another Corona outbreak, this time among German police officers in Afghanistan, the Luftwaffe, Germany’s Air Force, picked up three of them with a special aircraft equipped for medical evacuations. The same plane had been involved in evacuations of Germans from China and transports of European patients to Germany earlier in the Corona crisis. An infected Bundeswehr soldier was on the evacuation flight as well.

In Afghanistan, German officers serve as instructors for the local authorities. Six more of them were flown back to Germany on a separate medical emergency flight because they had been in contact with their infected colleagues. They will have to go into quarantine for two weeks.

Another individual Coronavirus case caught the attention of the media. This is about a man who was on a flight that brought managers, technicians and other Germans back to the Chinese municipality of Tianjin along with their families. Before the flight, the 34-year-old engineer tested negative, but upon arrival he was suddenly positive.

The outcome of that latest test had now been confirmed, German-language media reported. It is unclear what this means for the other passengers of the flight. Just a few weeks ago, hundreds of Germans and other Europeans had been evacuated from China because of the spread of the Coronavirus, meaning they had been flown in the opposite direction.

In the meantime, police in Germany were busy during the long Pentecost weekend which lasts until Monday night. In Stuttgart, they ended a huge party in the city center of Stuttgart. Five hundred young people had gathered there without adhering to the distance rules.

Dozens of police vehicles arrived on site. The party crowds were sent home. Because officers were attacked with bottles, the detective squad of the Stuttgart Police Department was involved.

On the German island of Sylt, a similar scene was reported. According to the ‘Bild’ tabloid, 3,500 youngsters gathered at a beach in the town of Kampen. They reportedly ignored the Corona rules. Police ended that party as well and closed the beach.

As it turns out, German vacationers invaded beaches in the Netherlands this weekend too. Many were seen in The Hague, where hotels and restaurants are trying to make sure the Corona rules are being followed.

A Pentecost Weekend in Berlin: Protests, Returning Tourists and a Boat Party