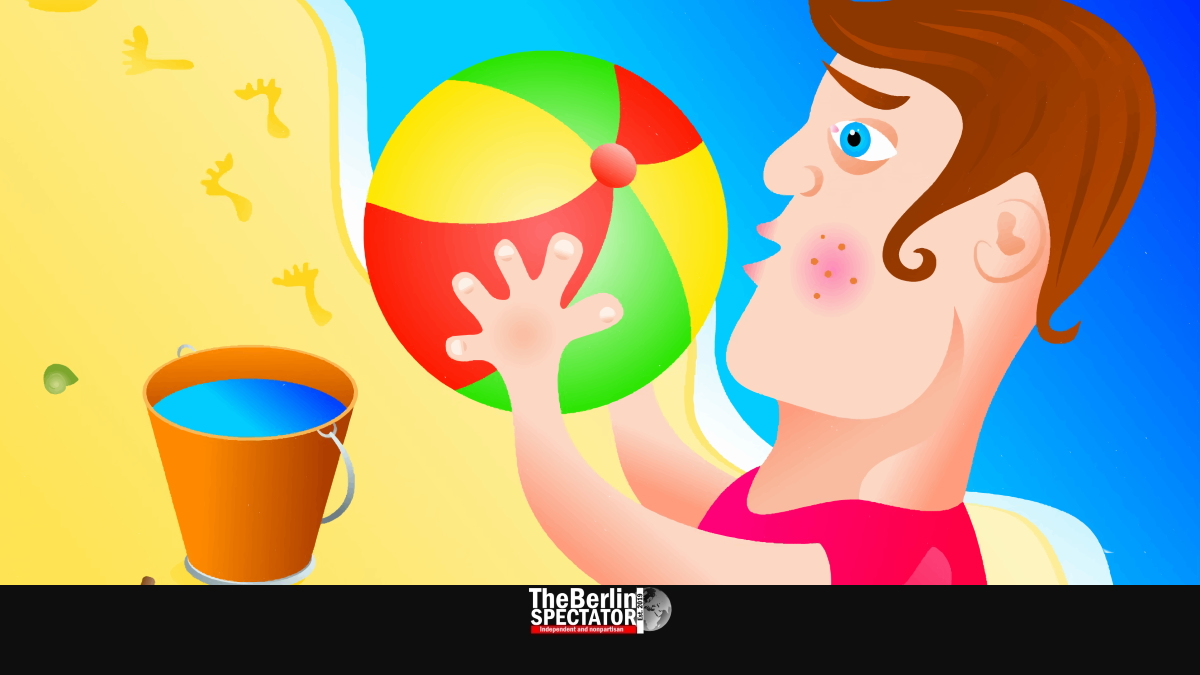 In spite of an increasing number of Coronavirus cases, many Berliners are about to power up their engines or head for the airport to get out of here. It would be a great idea, if the elephant in the room was not present.

Most of the world is off limits. Nobody will be consuming beef in Buenos Aires, burgers in Boston or beer in Bangkok. But there is still something called Europe. Who says we have to go as far as Christchurch, Cape Town, Chicago or Cancún? Let’s be good Europeans.

The operator of Berlin’s and Brandenburg’s two major airports, FBB, is excited because the numbers are growing again. From Tegel or Schönefeld, 31 airlines are offering flights to 52 destinations in 31 countries. This might sound like a joke compared to pre-Corona times, but it is a start.

It gets better. In July, which is five days away, easyJet and Ryanair will be putting some aircraft back in service. They will fly thousands of passengers from Berlin straight to the beaches of Europe at full throttle. Not bad, considering Berliners were under a semi-lockdown and busy hoarding bathroom tissue only a few weeks ago.

The two airports will be replaced by BER Airport on October 31st, 2020. But now they have one more opportunity to show what they can do. In July, the operator is expecting 10,000 passengers per day who will fly to more than 70 destinations. Mallorca, Menorca, Ibiza, Bordeaux, Barcelona, Porto, Burgas, Split, Vienna.

“Different from the Easter vacations, people can finally fly into their holidays again”, FBB’s CEO Engelbert Lütke Daldrup said. “The airlines have already reacted to the situation quickly and distinctly.” He promised the staff at the two airports would make sure the hygiene rules would be followed.

All available terminals will be used in order to make sure passengers have enough room to keep 1.5 meters (5 feet) of distance to each other. According to FBB, even the few shops and restaurants in Tegel and Schönefeld are reopening. So are car rentals and the whole enchilada. At this stage, their opening hours depend on leaving and arriving flights, meaning they might close in between.

Now let’s get to the best part of this grandiose article, namely the destinations. During the worst part of the Corona crisis, airlines actually flew to the following ones – and still are: British Airways never stopped their flights to London, Air France did connect Berlin to Paris. There always were flights to Helsinki, Zurich and a few other cities.

Now, many more destinations are being offered again, including Barcelona, Milan, Rome, Lisbon, Edinburgh, or how about mussels in Brussels? Luxemburg is back on the list, along with Reykjavík, Riga, Sofia, Tallinn and Chişinău. Turkey will be connected, even though Germany’s general travel warning still applies to that country.

It gets better: Domestic destinations like Frankfurt, Düsseldorf, Stuttgart, Munich, Cologne and even Saarbrücken are back on the flight plans. Still not impressed? Let’s hope we will be back to normal next summer.

Of course, there are rules at Berlin’s airports. Distance and masks are mandatory, and up to one piece of hand luggage per passenger is allowed. Passengers need to be there, at the airport, two hours ahead of their departure time. Arriving passengers have to leave the terminal immediately, and people who are picking up passengers are forced to wait outside the terminal, rain or shine.

So, what is stopping anyone from hopping on the plane in order to use that elegant new bikini? Nothing, except for the elephant in the room. According to a new poll commissioned by the Berliner Sparkasse, 53 percent of all Berliners will refrain from taking holiday trips from June to September, as the ‘Morgenpost’ daily reported.

Related article: Germany: How to Fly in the Corona Crisis, New Rules at Airports and on Aircraft