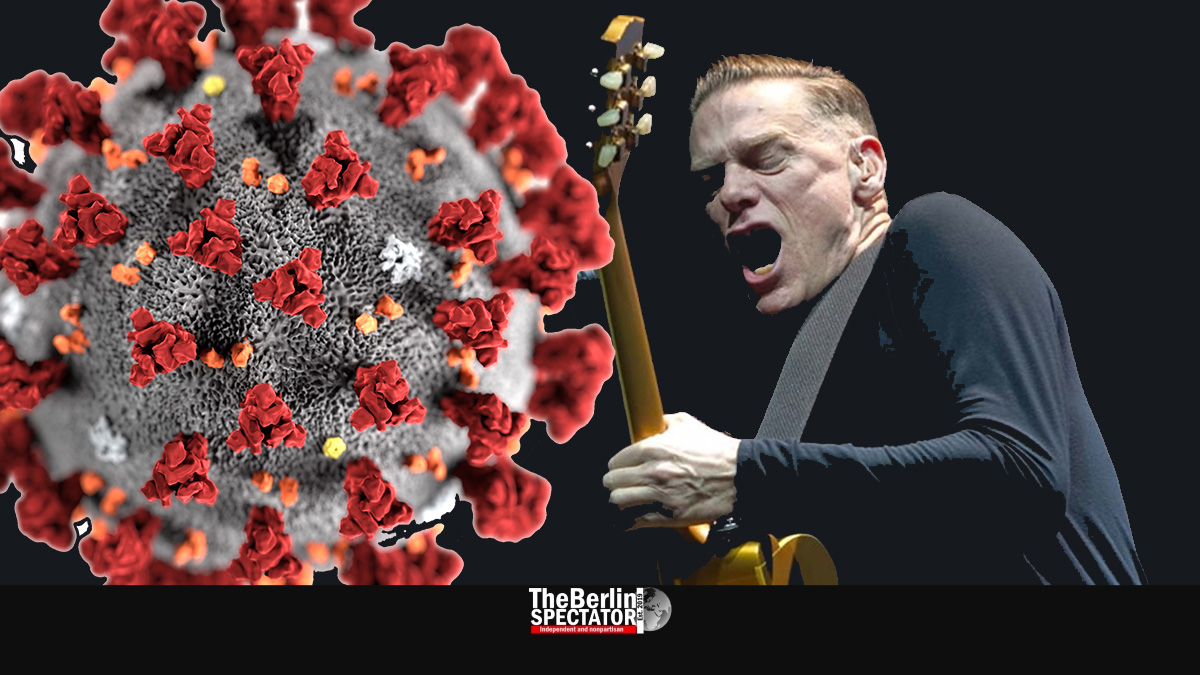 The Canadian vocalist Bryan Adams and other artists are part of a big concert that is supposed to take place in Düsseldorf next month. The promoters are being criticized by politicians.

Sarah Connor, a famous German singer who picked an English last name, probably to sound more international, is scheduled to hit a stage in Düsseldorf in early September. Her Canadian colleague Bryan Adams and others are supposed to perform as well. An audience of thirteen thousand people is expected to be there. The gig is now being discussed all over the country.

The First Mayor of Düsseldorf, Thomas Geisel, is a proponent of the Pop concert. He told the ‘Süddeutsche Zeitung’ daily, the promoters had met all conditions by coming up with a hygiene concept that was based on the Corona rules. The people in the audience would have to keep their distance and wear masks for the duration of the show, Geisel stated.

North Rhine-Westphalia’s First Minister Armin Laschet is a critic of that big concert on his turf. He said the event would not send out a good signal. Marek Lieberberg, the promoter, was quoted saying this was the event the fans, artists, crews and the entire music business had been waiting for. Bavaria’s First Minister Markus Söder, on the other hand, stated the gig would send out “a disastrous signal.”

In the meantime, the Corona rules in Germany are being supported by a large majority. German-language media reported, 68 percent of all respondents in a poll conducted by YouGov believed the rules were “absolutely necessary”. Sixteen percent believe some Corona rules are necessary, but that the ones put in place are exaggerated.

The number of new Corona cases in Germany is still rising rapidly, compared to June and July. Early this morning, the official number of infections since the crisis began stood at 219,540, meaning there was an increase of 1,032 cases in the past 24 hours.

In the Bavarian town of Mamming, another 75 infections were reported. The people affected are ‘contact persons’ of employees of a canned food factory that was shut down after a local Corona outbreak. One hundred and sixty-six out of 600 workers had tested positive. Today, the factory is allowed to resume its production.

In Berlin, the Foreign Ministry just extended its travel warning for parts of Spain, due to the Corona situation there. There are now five Spanish regions Germans are not supposed to travel to. They are Aragon, Basque country, Catalonia, Madrid and Navarra. In June, the German government had listed Spain, the entire country, as a tourist destination for the summer vacations, along with several other E.U. and Schengen countries.