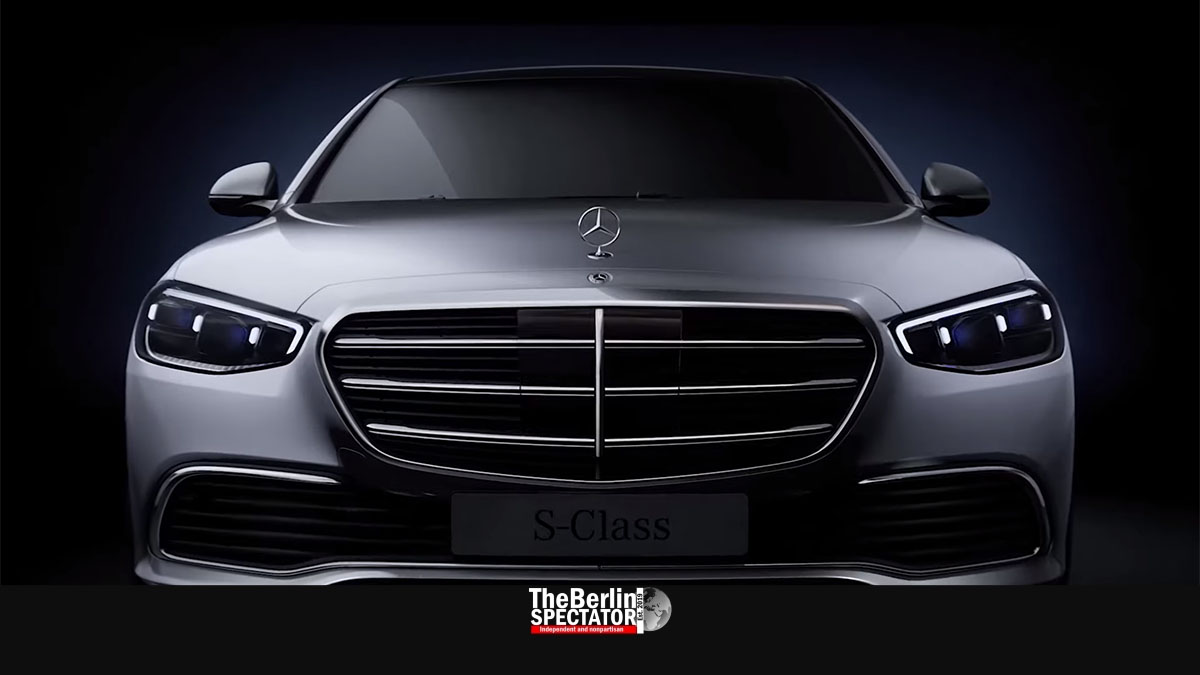 Mercedes Benz did it again. The seventh generation S-Class was unveiled today. It is a stunning car, but it has one problem.

Sindelfingen, a rather small town in southern Germany, was in the center of the attention today, as Mercedes Benz presented the latest version of what has been called “the best car in the world” for 48 years now. The new S-Class combines beauty with the latest technology. Like its six predecessors, it will be powered by gasoline and Diesel engines. There will be two hybrid versions though.

Because of Corona, the unveiling mainly took place online. A well-produced video with CEO Ola Källenius, Soul singer Alicia Keys and racing legend Lewis Hamilton introduced a car to the world — and the world to a car that includes all technical features a vehicle of this kind can have today, including pretty futuristic ones.

Mercedes Benz says, contemporary mobility and putting the human being in the center had been the priorities when the new S-Class had been designed. The new model range is prepared for self-driving modes. Its many systems and sensors make it one of the most intelligent cars ever driven on this planet.

The Mercedes S-Class has always been the definition of the luxury vehicle, far more than its direct competitors manufactured by Audi, BMW, Jaguar and others. Of course, the seventh generation is no different. It was designed to lead its segment. The S-Class is a comfort zone for those who are driving it, and those who are being driven in it alike. Luxury, safety and advanced technology are the main traits.

According to Mercedes, the user experience in the new creation is unlike anything anyone has ever experienced before. It is supposedly so special that they even gave it a name: Mercedes Benz User Experience (MBUX). Not only the driver has ways to personalize his or her surrounding, but also the passengers. Interaction is another important aspect.

At Mercedes Benz, the safety aspect is not being taken for granted either. The seventh generation S-Class is the first vehicle with rear seat airbags for frontal crashes, meaning passengers in the back have additional protection that can potentially save lives. Let’s not even mention the new all-wheel steering which makes the big Mercedes even more agile and safer than its predecessors. Also it is easier to handle.

Ecology is another priority Mercedes Benz had. This new S-Class is the first model to be built at the new Factory 56 in Sindelfingen, which supposedly is climate-neutral. This aspect will most likely not convince critics, also because the new S-Class line has one problem: It is the car of the future with the propulsion of the past, in the sense that it is not an emission free, electric vehicle. But it might be the last S-Class generation with gasoline and Diesel engines.

The Return of Elegance

It all started in 1972. When the first S-Class generation became visible on the streets of the world, it stunned people. Combining elegance, power and safety the way Mercedes did was unmatched at the time. Driving an S-Class became a statement, and still is. High-ranking politicians are being taken from A to B in S-Class limousines, but so are mafiosi and dictators like Kim Jong-un, who has a prolonged model in spite of the sanctions against his country.

The first generation known as W116 may have been the prettiest S-Class to date. In the 1980s, the next generation, known as W126, became extremely elegant. The third version was a little too wide for Europe. When the new millennium dawned, the fourth S-Class generation was introduced. It was the least beautiful ones of them all, but became popular anyway. In 2006, the elegance returned with the fifth version.

From Powerful to Economic

With the sixth one, Mercedes Benz introduced its new design approach which could be recognized on their smaller models as well. The brand new 2020 generation, which is the 2021 model in the U.S., delivers just the right mixture between understatement, which Western Europeans and North Americans appreciate, and the show-off aspect for China, the Middle East and the Balkans.

Mercedes is reportedly preparing a Maybach version of the new S-Class, which will be the high end model. It will be propelled by a 6-liter engine with 12 cylinders. A hybrid will help to get the consumption down. An AMG version with a 4-liter engine will supposedly be beefed up by an electric motor as well. Three Diesel engines, a 3.0, a 3.5 and a 4.0 liter version, are good options. So are two gasoline engines with 367 and 435 horse powers.

Mercedes Benz will not give away the S-Class for free. The less expensive models will start just below 100,000 Euro, but those who drive these vehicles with stars on their hoods usually want quite a few extras, and they will definitely be charged for those too.