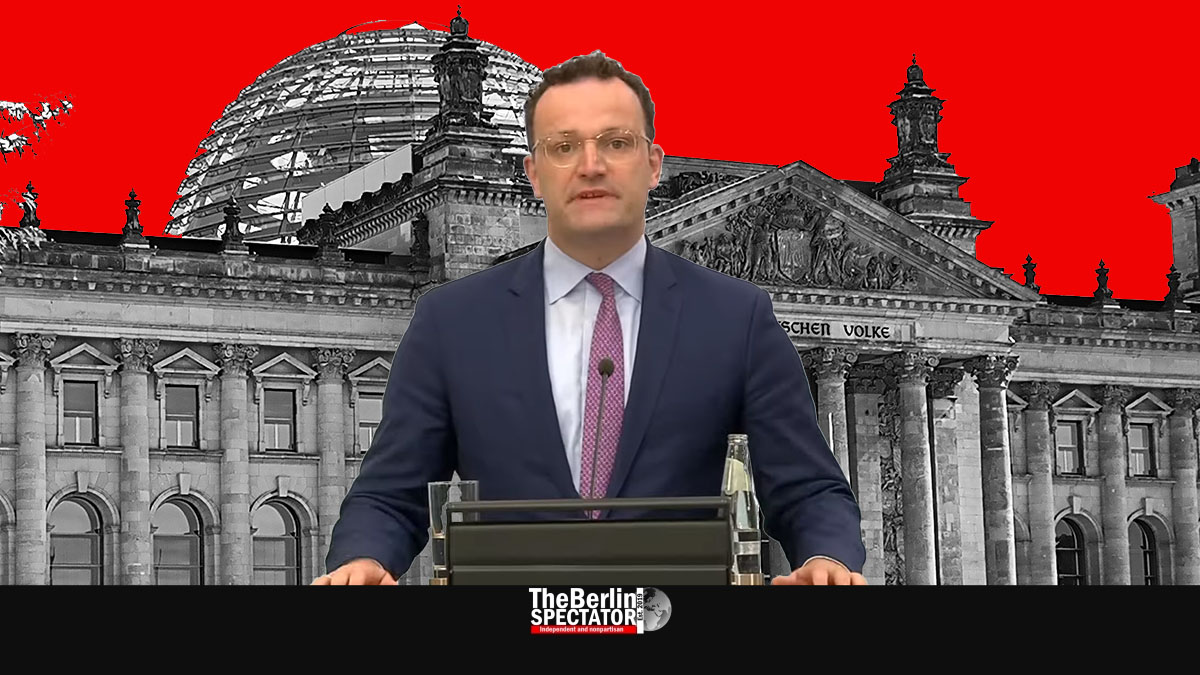 In Berlin, Germany’s Health Minister Jens Spahn said a “national effort” was necessary to get the infection numbers down. “Deceleration for everyone” was the motto. After the partial lockdown, people would need to continue to be careful.

Berlin, November 2nd, 2020 (The Berlin Spectator) — Health Minister Spahn, who just went through a Corona infection himself, said this “situation of the century” could not be handled without measures put in place by the state. During the lockdown, it was important to keep kindergartens and schools open, the Minister said in an interview with ZDF television.

‘We Are Not There Yet’

According to him, the number of Corona patients in Germany’s hospitals have tripled within the past two weeks. That was why clinics needed to be supported. For now, a “national effort” was necessary. “We have to be very careful in our daily routines”, Spahn stressed. He conceded that this might not be the last lockdown Germany might have to go through.

“But we know more now than we did in March”, Spahn stated. Germany was getting better at dealing with the virus every month. “We are not there yet, what dealing with the Virus is concerned, but we learn new things every day”, he said in the ZDF interview. Spahn also conceded there would be “months of restrictions and sacrifice.”

On Monday morning, the total number of Corona infections, since the pandemic started, was 552,060, or about 12,500 more than on Sunday morning. The hope is that the number of new infections will decrease during the semi-lockdown that will last all month. From today, all museums, theaters, concert halls, fitness centers and similar establishments in Germany are closed. The same applies to pubs, cafés and restaurants except for those that offer takeout food only.

Apart from getting the numbers down, the German government wants the local health authorities to be able to track down the sources of each infection. By now, 4,000 soldiers are helping them. Once the numbers start falling, the country might be back in control to a certain extent.

Family Minister Franziska Giffey said in an interview with the ARD radio and television network, Germany’s schools needed to be kept open as long as possible. Closing kindergartens and schools was not the first step to take, but the last resort.

In Munich, Bavaria’s First Minister Markus Söder said in another ARD interview, apart from lockdowns, there was no other concept in the fight against Corona in the entire world. “The only alternative to be to just let it go”, Söder stated. But this would mean an enormous increase and many related deaths.

In Berlin, the city’s Governing Mayor Michael Müller defended the partial lockdown. It was all about decreasing the number on contacts, he said during a government declaration at the Berlin House of Representatives. There was no other way.