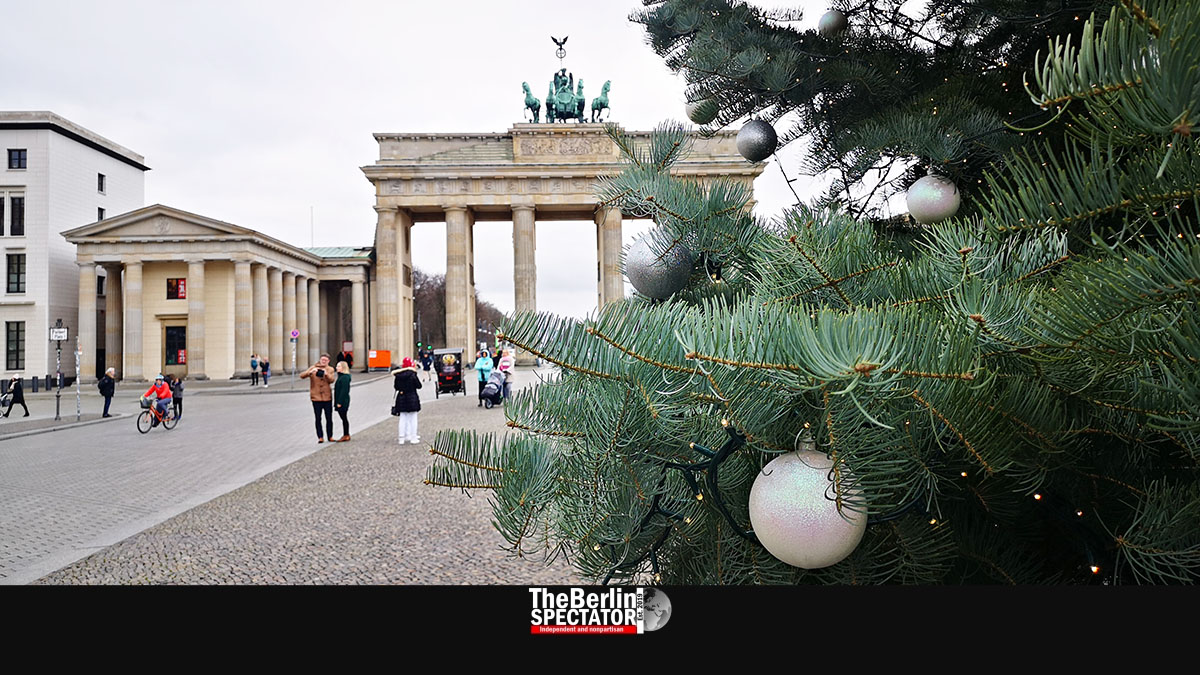 On Friday, parts of Berlin almost felt empty. For the first time ever, many parking spots were available all over the place. Even though people were asked not to travel, many residents seem to have left the city.

Berlin, December 26th, 2020 (The Berlin Spectator) — In Germany, all shops are closed on Sundays and holidays, including on both Christmas days. This was the case before Corona as well. This year, most shops had to shut down anyway because of Corona. The same applied to all restaurants, cafés and cultural venues. Besides, there are contact restrictions. On top of it all, Berlin’s residents needed a valid reason to leave their homes at all, according to the latest Corona rules.

Walking dogs is legal. So is taking walks alone or in tiny groups of up to five people plus children aged 14 or less. Since there was nothing else to do outdoors, this is exactly what Berliners did. They walked back and forth in their neighborhoods and in any parks they found. Those fenced areas for dogs were popular destinations.

Some Berliners walked to the city center. At Gendarmenmarkt square, Berlin’s ‘Konzerthaus’, an important venue, spread some Christmas mood by providing nice looking red lighting through its windows. Around the corner, at Friedrichstrasse, a lady behind the counter of a wooden stall tried to sell hot wine punch for 4 Euro per 0.3 liters. But nobody purchased it. Hardly anyone was there on Friday afternoon.

For those Christmas walks some Berliners took, Brandenburg Gate was a popular destination. They shot selfies on its eastern side, also because of the big Christmas tree that was set up there. Some people walked into Tiergarten park afterwards. The drizzle and the puddles did not stop them from getting rid of at least some of the Christmas calories they had consumed before, by moving around.

A few little Christmas trees could be found. One of them stood at ‘Prinzessinnenpalais’, across the street from ‘Neue Wache’, another at the deserted Mall of Berlin. Other than that, nothing pointed towards the fact that most residents were celebrating a major Christian holiday.

Being outdoors a little may have helped Berliners to clear their heads at the end of a bad year. Thanks to the absence of the usual traffic, they could even breathe some fresh and clean air.