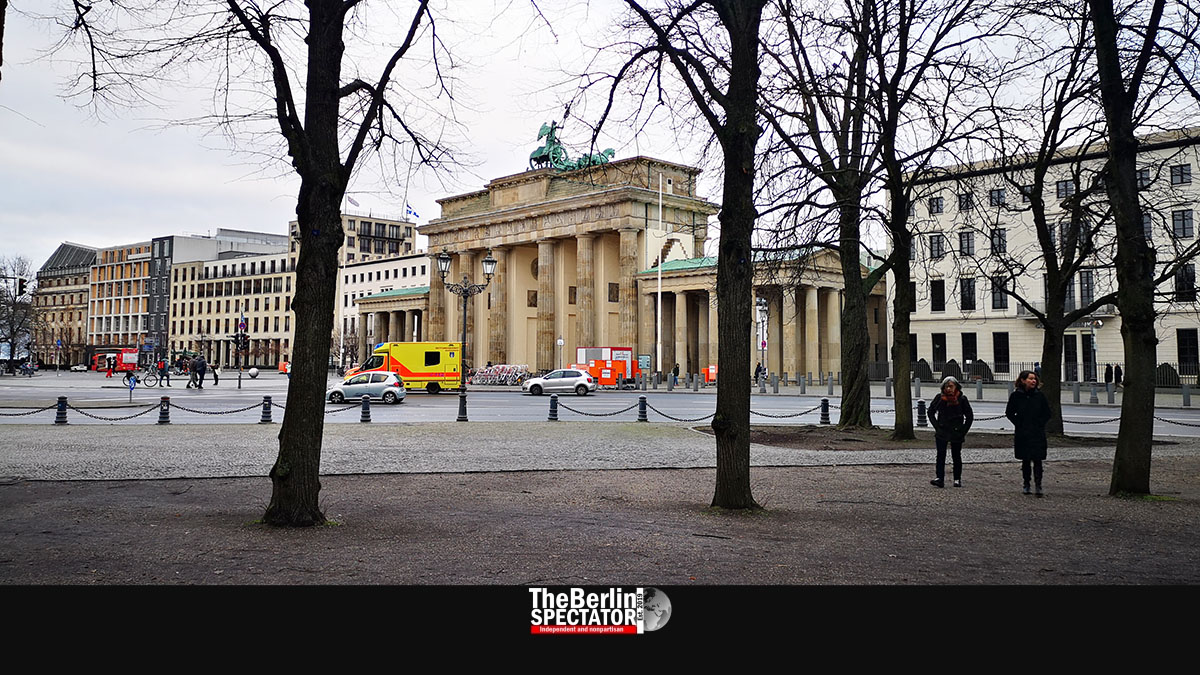 The Berlin Senate just added and clarified some Corona regulations. For instance, there are changes to the rules for travelers who come to Berlin from countries that reported high numbers of infections with Corona mutations.

Berlin, February 2nd, 2021 (The Berlin Spectator) — This year is only 33 days old. Still, the Berlin Senate just changed the Corona rules for the fifth time since the old year ended. Health Senator Dilek Kalayci delivered the draft the Senate approved on Tuesday.

One rule was clarified because it had been misinterpreted, probably intentionally: Medical masks have to be worn in vehicles, unless all passengers live in the same household. This applies to cars, minibuses, public transport and even police cars, as Governing Mayor Michael Müller explained at a press conference earlier today. The driver is always exempt.

Two days after Corona deniers and extremist right-wingers had staged another round of protests, one of which was a car parade, the Senate said the mandatory mask rule also applied to those situations. Dozens of participants of those recent protests had been arrested temporarily because they had refused to follow the rules and ignored orders given to them by the police.

Exceptions to the Corona regulation regarding events were added. In companies, employee organizations may exceed the maximum number of participants that apply to all other events. According to Müller, the Senate had to comply with the labor law, in this case.

The last change the Senate made to the Corona rules concerns travelers who come to Berlin from what the German government calls ‘Areas of Variant of Concern’. These are countries in which new Coronavirus variants are or have been spreading rapidly. They are Britain, Ireland, South Africa, Brazil, Portugal, Eswatini and Lesotho.

Persons who come to Berlin and have stayed in one or more of those countries in the past ten days need to go into quarantine for 14 days. So far, the duration was 10 days. Getting out of quarantine with another negative Corona PCR test after five days, the ‘Get Out of Quarantine for Free Card’, does not apply anymore in these cases. But travelers who come in from ‘High Incidence Areas’ or ‘Risk Areas’ may still get out after five days with a negative test.

The amended Corona rules take effect one day after they are being announced in Berlin’s official bulletin, meaning on Saturday. A week ago, Germany had put in place an entry ban for passengers from ‘Areas of Variant of Concern’. Germans and holders of residence permits are exempt. They are the ones the new quarantine regulations apply to.