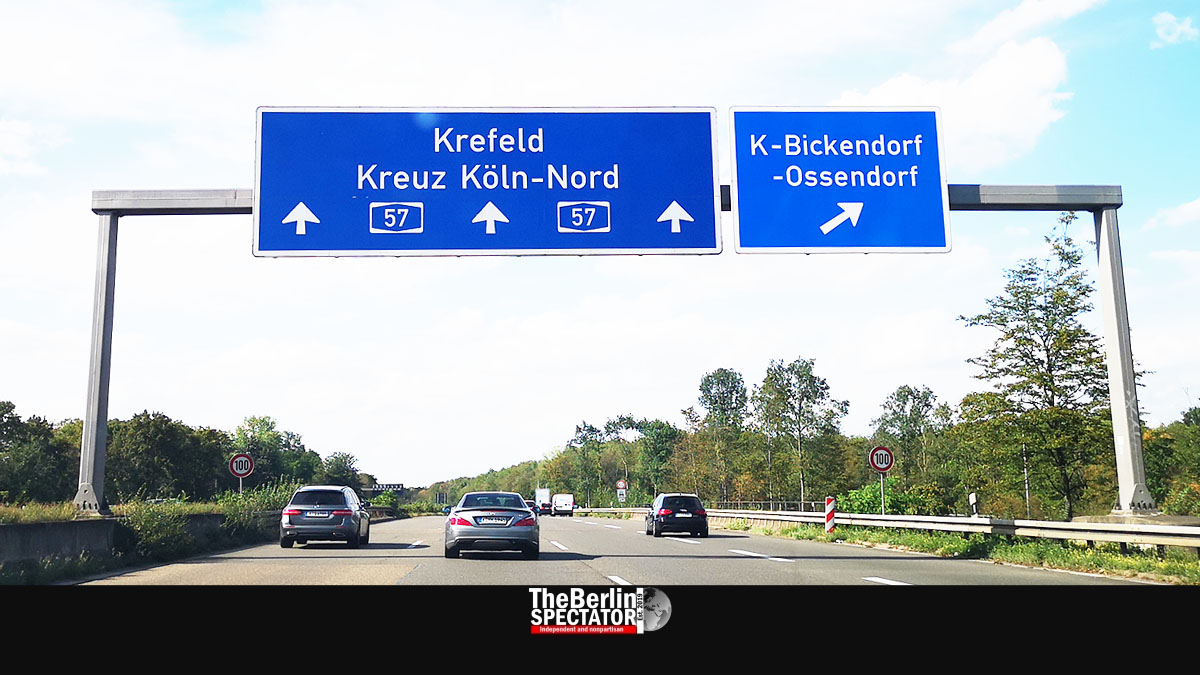 In Germany, the next general elections are coming up in September. Forming any government coalition without the Greens will likely prove to be impossible. What this means is that there will finally be a speed limit on the Autobahn.

Berlin, April 5th, 2021 (The Berlin Spectator) — So, your Aston Martin is pawing the ground in its garage? Your 911 feels like overtaking some Ferraris? Your 7-series wants to show what it is made of? Go for it. You have the right to torture that engine as much as you want. Enter the Autobahn, hit the kickdown and race as long as you still can. Grab the last opportunity to go from A to B at incredible speeds.

The prediction is that the race will finally be over before this year ends, because the Greens will likely not sign any coalition agreement without getting one of their main demands fulfilled: a speed limit. Whatever anyone says about the Greens, they are right about some things. This is one of them. Not having an Autobahn speed limit is just not appropriate or suitable anymore. The world is changing. And this should apply to the Autobahn as well.

Cruising along the German Autobahn at a European speed of 130 km/h (81 mph), which is the maximum in many European countries, is what Germans should be doing right now, in order to get used to what will be coming rather soon. At the beginning, they will feel they are as slow as snails. That is because some hotshot will overtake them at 200 km/h (124 mph) or faster every few seconds. The auto industry’s lobby and their helpers, including the country’s Minister of Transport Andreas Scheuer, have managed to avoid it, so far.

To Scheuer, it is “common sense” to refrain from putting in place an Autobahn speed limit, while his critics are wondering why he does not seem to make much sense and still gets his way. There are many answers to that question. First of all, Scheuer is a member of the CSU, which is the Bavarian sister party of Chancellor Angela Merkel’s conservative CDU. The CSU is known for unconventional positions it sometimes takes.

It is also known for its Autobahn toll fiasco. For years, the CSU had fought for what it called a ‘foreigner toll’ at first. The idea was to charge drivers from neighboring countries because they charge Germans on their roads. But this endeavor was ripped apart by the European Court of Justice. Scheuer had to dump his favorite project which he had already spent a lot of taxpayer’s money for.

The next answer to the speed question is that German auto makers like Audi, BMW, Mercedes-Benz, Porsche and Volkswagen build the best cars in the world, many of which are fast as hell. Many models are so fast they are being limited to 250 km/h (155 mph) electronically. As a sports car manufacturer, Porsche refrains from doing so, meaning 911s, Panameras and Cayennes are even faster, depending on the engine the owner chooses.

The discussion about an Autobahn speed limit is not new. In the past, the auto industry has argued Germany was the testing ground for their vehicles. A speed limit would hurt exports. And if there is anything no Berlin government in the past decades wanted, it is being responsible for decreasing vehicle exports. Germany’s prosperity depends on the auto industry.

But the case the industry made is shaky, especially today, also because all nations they export their cars to have speed limits. In the United States, where prosperous individuals buy BMWs, Mercedes’ and Porsches like crazy, 55 mph (88 km/h) is the usual limit. They buy those German cars for their comfort, their reliability, their sleek design and their prestige.

The fact of the matter is that the German speed lobby is running out of convincing arguments these days. “I like racing down the Autobahn” does not seem to be a position which leads anywhere. And the export argument has become rather ridiculous.

On the other hand, there are good arguments for a speed limit:

In the past, the Greens’ attempts to get a speed limit were successfully fought off. In the 1970s, they demanded a 100 km/h (62 mph) limit. This would still have been a lot faster than anyone is allowed to go in the United States of America. Later, they went for 120 and 130 km/h.

In 2019, the Greens tried to push a speed limit through the Bundestag. They failed, but next time they will likely be successful. Even Germans who resist and call the Greens a “party of dictators” know the race is over, even though they might not admit it. On top of it all, a slight majority of all Germans supported a speed limit two years ago.

Even though the Greens’ last attempt failed, they had a moral victory, on a path which will definitely lead to an Autobahn speed limit. We are probably about eight months away from an end to those dangerous Autobahn races. Until then, Germany will continue to work on climate protection at 150 mph.

We have a request: The Berlin Spectator has been online for 27 months. We deliver the most relevant news from Germany along with features about Berlin, culture, people, tourist magnets and other subjects, and we garnish the whole thing with entertainment and other extras. We are thankful to the thousands of readers we have every day. But we also need support. In order to make ends meet, we require a minimum of 66 Euro per day. In March of 2021, we got 202,50 Euro in total, or 6 Euro per day, meaning we need about eleven times as much as we are getting. Would you consider supporting The Berlin Spectator? You can do so directly via Paypal or you can go to our Donation Page first. Thank you so much.