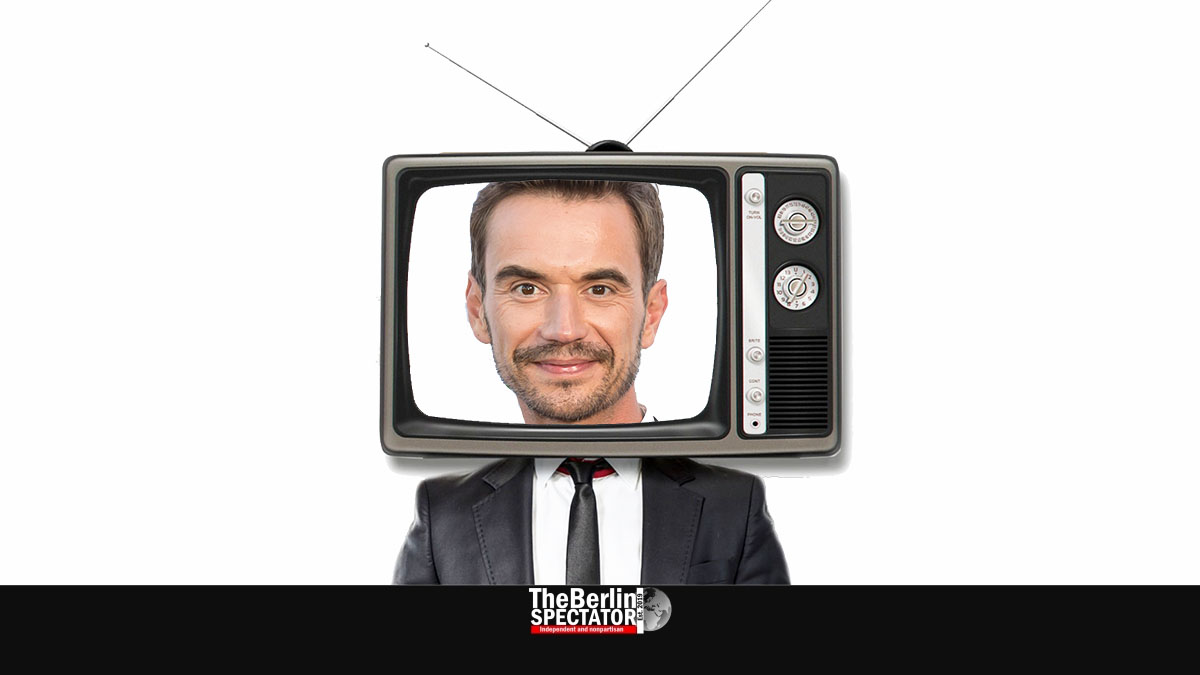 Berlin, January 22nd, 2019. Update: June 28th, 2021 (The Berlin Spectator) — It is all Manfred von Ardenne’s fault. The German scientist and engineer managed to start the first ever television broadcast 90 years ago, at the ‘8th Great German Radio Fair’ in Berlin. Due to his genius invention, von Ardenne even was on the cover of the New York Times the next day.

At first, there was exactly one TV channel, run by the predecessor of the ARD (the abbreviation stands for ‘Arbeitsgemeinschaft der öffentlich-rechtlichen Rundfunkanstalten der Bundesrepublik Deutschland’, or ‘Consortium of Public Broadcasters in the Federal Republic of Germany’). In 1963, a second one followed, which is known as ZDF (‘Zweites Deutsches Fernsehen’) today. Then, in 1964, the ARD started its regional channels all over West Germany.

But let’s go back to the good old times: In the early 1970-s, the Germans were finally addicted to their television programs. When the new episode of the crime series ‘Der Kommissar’ was on, streets all over the country were almost empty. The same applied when the family show ‘Der Grosse Preis’ (heretics called it ‘Der Grosse Scheiss’) was broadcast.

Thoelke was not exactly emancipated. But neither was anyone else in charge of programming at ARD or ZDF. That was what it seemed like to viewers. The student revolution was not being televised either, at least not in a way the students would have approved. German TV was rather conservative. But some cultural and educational broadcasts were progressive.

On January 8th, 1973, people could not believe their eyes. From that day onward, a children’s show series entitled ‘Sesamstrasse’ was aired. Anyone who watched this dubbed program, imported from the United States of America, noticed one thing immediately: ‘Sesame Street’ was made with a lot of love. Also it was very educational.

The Germans were used to three TV channels. They had the ARD, the ZDF, and the provinces had their regional ‘third programs’. Those three channels did not even broadcast 24 hours per day. They had something called ‘Sendeschluss’ (‘sign-off time’), at some point after midnight. From that moment onward, there was nothing to watch, for anyone who did not own a video recorder.

In late 1983, the market was opened, meaning independent TV stations popped up. So did partially idiotic programs they spread all over the country. Critics accused those private channels of stultification with the BS they put on air, and they were right. The worst series imaginable were aired, including partially sexist shows of low quality. In short: They mostly offered violence, tits, weird entertainment and ads.

While the private channels mainly want to earn cash, ARD and ZDF have an assignment they need to concentrate on. They are constantly being criticized for wasting a lot of money, but also praised for doing the right thing.

Is today’s German television program good or bad? Well, there are obviously a lot of shows which are either hard or impossible to digest, including all of those broadcasts with what Germans call ‘Volksmusik’, often presented by a guy named Florian Silbereisen, on the ARD. But, all in all, German TV does not have to hide. Mainly thanks to ARD and ZDF and their political, historical, educational and cultural broadcasts, nobody can dispute quality is part of the programming, which older generations study in listings provided by countless ‘TV magazines’ before grabbing their remote controls.

Too much quality, of course, does not work. The ARD learned that piece of profound wisdom the hard way. When it launched another cultural and educational channel called Eins Plus in the 1980-s, hardly anyone watched it due to the quality overdose it delivered. Too intellectual. Too politically correct. So they dumped that channel and became part of 3sat, another culture channel established by the ZDF, in cooperation with the Austrian and Swiss neighbors.

But the ARD and private broadcasters do share a huge problem: Netflix, Amazon Prime and other online services of this kind are increasingly threatening them. So are video broadcasts produced by newspapers, on their websites. If the traditional TV channels do not react, by coming up with more than just posting some of their shows on their websites, they might not exist much longer.