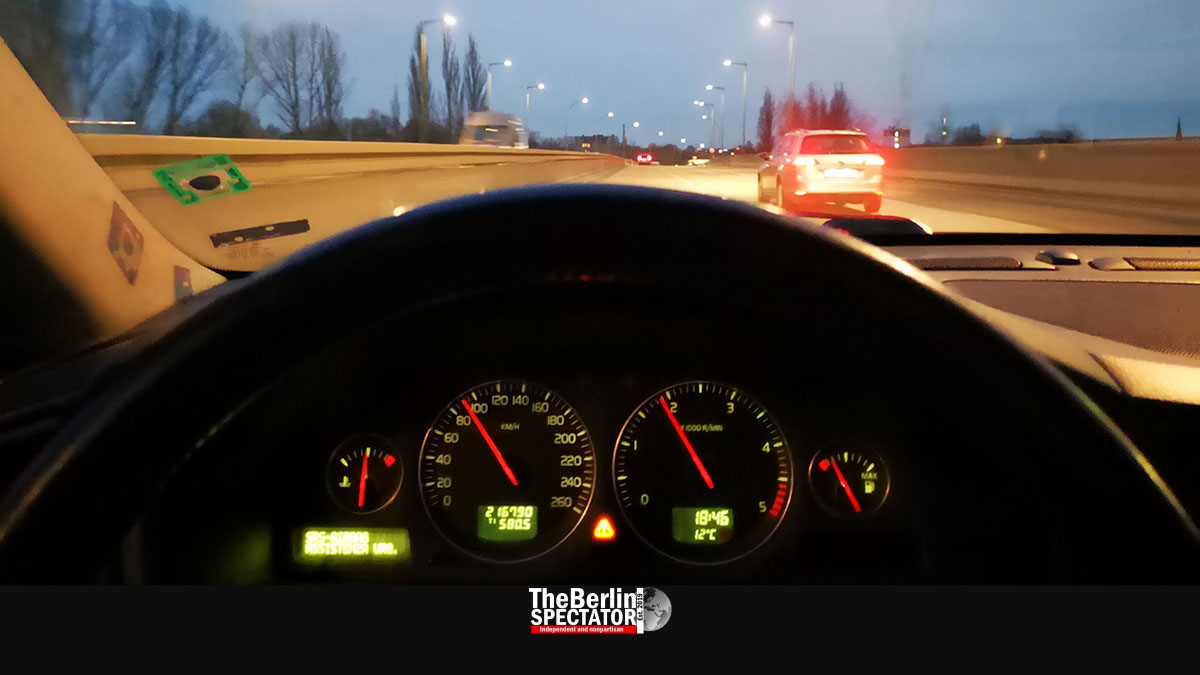 In Berlin, the Bundesrat just approved an increase of penalties for speeding and other traffic violations. Many of them will double soon.

Berlin, October 9th, 2021 (The Berlin Spectator) — Just before Corona hit, in 2019, Germany got a new list of fines for traffic offenses. But it had to be retracted shortly after, because of two problems: The new regulation would have led to far too many driver’s license revocations. Secondly, the ordinance did not include the parent act, meaning it had a legal issue. Now, there is a new list of fines. According to the Bundesrat, which just confirmed it, the government needs to implement it within three weeks. In early November, the amended catalog of fines is supposed to be valid.

Pedestrians and cyclists, but also drivers and their passengers, are supposed to be protected more. The legislators believe more motorists will respect the rules when they know ignoring them is far more expensive than it used to be. Many of the fines will double, and two of them just tripled: The fine for parking on sidewalks or bike lanes is 35 Euro, at this stage. Soon, the maximum in this case will be 110 Euro. This is also the new fine for parking in the second row.

Parking on spots reserved for handicapped people or electric vehicles is 55 Euro, according to the new list of fines. Obstructing emergency vehicles by parking in their way used to be 10 Euro. Soon, it will increase tenfold. Drivers of large trucks are supposed to drive at walking speed when they take right turns, because too many cyclists are being killed in so-called ‘right turn accidents‘. The fine for those who do not adhere to this rule will be 70 Euro. Using vehicles on the sidewalk used to be 25 Euro. According to the new list, violators will soon be charged up to 100 Euro.

When accidents happen on the German Autobahn, motorists in front of it are supposed to form a rescue lane in the traffic jam it usually causes, in order to let emergency vehicles pass. On a regular basis, some motorists use the rescue lane themselves. The fine for this violation will now be 200 to 320 Euro. In addition, the offender will have to expect a one-month driver’s license suspension.

Speeding causes many accidents. In cities, posers and other individuals who believe the speed limits to not apply to them annoy people and put them in danger at the same time. But it is just as dangerous on highways or on Germany’s Autobahn. That is why the fines for speeding doubled. Driving at a speed of 10 km/h (6 mph) above the limit used to be 15 Euro in cities, towns or villages, and 10 Euro out of town. Now those fines will be 30 (34 U.S. Dollars or 26 Pounds Sterling) and 20 Euro. Going 16 to 20 km/h (10 to 12 mph) above the limit is 70 Euro (81 Dollars or 60 Pounds) in villages or towns, or 60 Euro on highways or freeways.

Now, Transport Minister Andreas Scheuer will have to sign the amended list. Then, the change is supposed to be published in the federal law gazette. The police and the municipal public order offices need three weeks to prepare for the new fines.