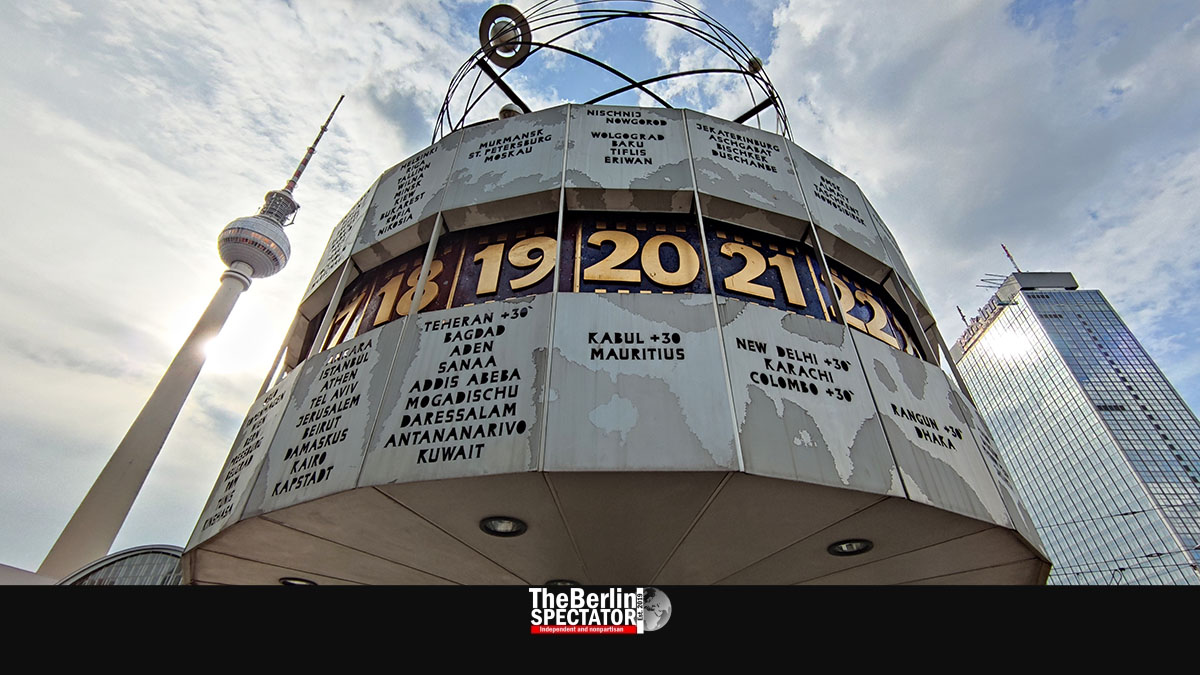 The Federal Republic of Germany just reached the highest Seven Day Incidence it ever had since the Corona crisis commenced in early 2020. Berlin’s largest public transport provider and the police just switched to pandemic mode.

Berlin, January 18th, 2022 (The Berlin Spectator) — Germany registered yet another record Incidence level on Tuesday. According to the Robert Koch Institute, it just reached 553.2. Even though the official number of new infections is usually low on Tuesdays, because of the weekend effect, it is extremely high this time. As many as 74,405 additional Coronavirus cases were reported since yesterday. In this regard, the record was reached on Friday, January 14th, 2022, when there were more than 92,000 new cases.

With an Incidence level of 1,297.4, Bremen remains one of Germany’s Corona hotspots. Berlin stands at 962.8. Six of the German capital’s twelve districts are above 1,000. Neukölln’s Incidence is 1,540.6, Mitte and Friedrichshain-Kreuzberg are higher than 1,300 while the situation in Reinickendorf, Charlottenburg-Wilmersdorf and Lichtenberg is serious too. Marzahn-Hellersdorf, another Berlin district, looks very good in the statistics, but only because the health authority there could not report its numbers for days due to a technical glitch.

Hamburg, another large city state, is Germany’s third Corona hotspot. Here, the Incidence reached 900.1. The north-western state of Schleswig Holstein stands at 716.5. For Hesse and Brandenburg, high numbers were reported as well. They are between 600 and 700.

The high infection numbers have effects. Since more and more employees are in quarantine, either because they got infected with the Omicron variant of the Coronavirus themselves or because they were in contact with infected persons, the BVG, which is Berlin’s main public transport provider, is forced to thin out its bus schedules. The Berlin Police Department is switching to the first of three pandemic modes, because hundreds of employees, including officers, are in quarantine.

In spite of it all, conspiracy theorists all over Germany staged protests against the state’s protective measures yet again. The police ended some of the rallies because they had not been registered and because the participants ignored the mandatory mask rule. Thousands of anti-vaxxers and Corona deniers rallied in Berlin. More were active in Bavaria, Brandenburg, Baden-Württemberg, Mecklenburg-Hither Pomerania and Thuringia. The demonstrators obviously have still not understood what is going on. In some cities, counter protests were staged as well.

The Coronavirus keeps on mutating. The same applies to the rules. Germany just amended the regulations for individuals who recovered from COVID-19. Until now, they were considered immune against the virus for six months. Not anymore. Now, they lose their status after three months, or 90 days. This means that persons who recovered 91 days ago cannot enter restaurants or cafés anymore, unless they get vaccinated and show a negative Corona test in addition. Persons who get their booster vaccination do not need a test to enter locations with what the Germans call ‘2G Plus’ rules.