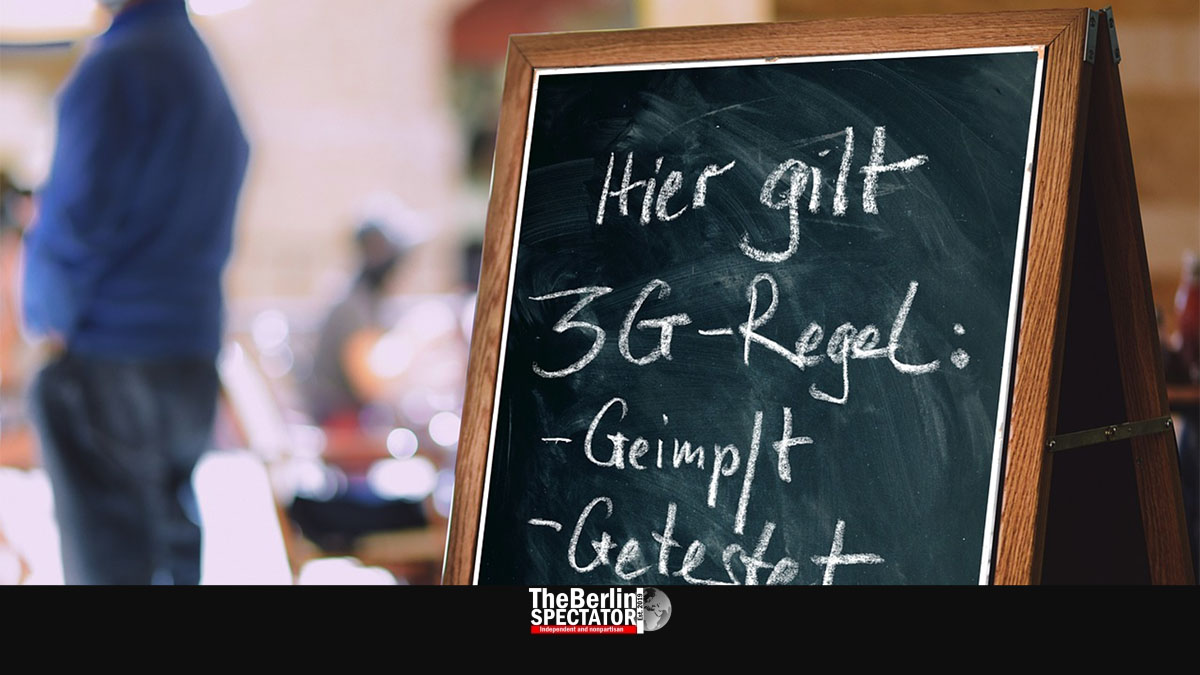 During a video conference, the Health Ministers and Health Senators of Germany’s federal states came to the conclusion that something needs to be done to stop or slow down a new Corona wave that might hit in the next cold season. They came up with a list of measures they believe are necessary.

Sofia, Bulgaria, May 17th, 2022 (The Berlin Spectator) — Since the Coronavirus hit in early 2020, the situation usually improved in spring and summer, but deteriorated substantially in fall and winter. In September and October of this year, this kind of development could be seen and felt yet again, for the third time. This is what the Health Ministers of thirteen German federal states and three Health Senators of just as many city states believe.

From their perspective, several measures need to be taken, in preparation for the next Coronavirus wave. This is the result of an online conference during which they discussed the situation on Monday. The Senators and Ministers are convinced Germany’s federal states need to be allowed to put in place a mandatory mask rule indoors. Also, they want to give them the right to restrict access to certain establishments, by imposing ‘2G’ and ‘3G’ rules on them. In the German-speaking world, ‘2G’ stands for ‘vaccinated and recovered’, while ‘3G’ equals ‘vaccinated, recovered or tested’.

This means that restaurants, cafés, pubs, clubs, cinemas, music venues and other places might have to check people’s vaccination and test certificates again before they let them in, if those fears of the next Corona wave become reality. Nobody would be surprised if they did. The Health Ministers and Senators also want to force establishments that are open for the public to come up with useful infection protection concepts.

At the online meeting, the participants agreed that Germany’s Infection Protection Act needs to be changed again before its current version expires in late September. They asked the federal government to prepare yet another amendment of the legislation in order to make sure the federal states can react quickly and effectively if and once Corona hits again.

In Berlin, Germany’s Health Minister Karl Lauterbach welcomed the approach his colleagues from the states took. In order to be able to react to a possible resurgence of the pandemic the state governments needed the right tools, he stated. The country had to be prepared for the cold season. A legal framework was required for this purpose.

While the Health Ministers and Health Senators discussed a possible new Coronavirus wave, the old one was still active. The Robert Koch Institute registered more than 86,000 new Coronavirus infections in Germany, since yesterday. In the past 24 hours, 215 COVID-19 patients died.

The Berlin Spectator needs your support.
There are two ways to contribute, as you can see on our Donations Page.
Donations received in the past days:
May 16th: 0 Euro
May 15th: M.S., 3 Euro
May 14th: 0 Euro
May 13th: J.L. 40 Euro
Thank you so much!
We also thank our 16 regular supporters who donate about 8 Euro per day, in total.
In order to become a stable project, this publication needs at least 40 Euro per day. Would you consider becoming a supporter on Paypal (one-time or monthly donations) or a patron on Patreon (monthly donations)? Thank you very much.