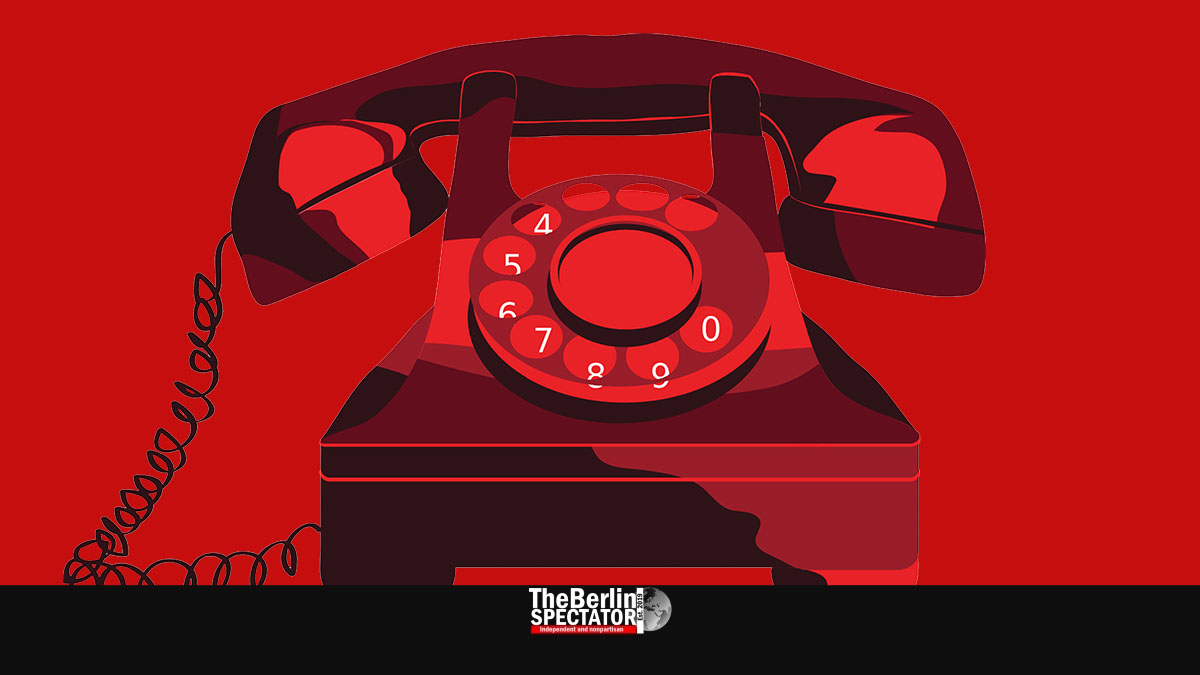 Germans and expatriates in Germany are receiving a growing number of spam or scam calls every day. Do Interpol, the Federal Police or Microsoft contact people to make them aware of alleged issues with their I.D. cards or computers? Not really.

Berlin, June 3rd, 2022 (The Berlin Spectator) — In an apartment in Berlin’s Neukölln district, the stationary phone rings.
“Hello? This is Microsoft calling.”
Judging from the person’s accent and the sound quality, the call probably originates from Africa, even though the number shown on the display is a German one.
“What is this about?”
“There is an issue with your computer.”
“No, there isn’t.”
“Yes, there is.”
“Let me guess: You want my credit card number, right?”
“What is your name?”
“Why would I give you my name? Microsoft does not call people to tell them about issues with their computers. Get f***ed.”

The more calls of this kind come in, the higher the number of times the f-word is used in several variations, on both ends of the line. Why would they call Germans, in English, and come up with this kind of nonsense? Does anyone actually believe a word these people are saying?

Those ‘Microsoft calls’ came in a few months ago. But it did not take long until the next wave of spam and scam calls hit Germany. Nowadays, “the Interpol” seems to be busy calling Germans and expatriates who live in the country, on their cell phones. Except Interpol does not call private citizens at all. “There is a problem with your I.D. card.” Again, the caller’s number on the display looks real. But, this time, she tells the recipient to “press 1” for more information. The approaches the spammers are taking vary. Sometimes, the “Federal Police Department” is on the line.

According to Germany’s Federal Criminal Police Office (BKA), the latest spam call wave has been going on for weeks. Some people receive several of them every day. Blocking the caller’s number does not seem to help much because it changes all the time. The BKA says the scammers were trying to collect personal data and extract cash. Thousands of Germans have complained to the authorities. But, apart from warning people not to give out personal data when those calls come in, there is not much they can do.

The perpetrators are technically savvy. Somehow they manage to capture German phone numbers that will not arouse suspicions at first. They even use numbers that belong to German authorities, including the Federal Office for the Protection of the Constitution. According to the police, those calls originate from abroad, including from other continents, and they are being routed through several countries.

Just hanging up is the best way to deal with those calls, the BKA says. Talking to the callers or even following their requests is not recommended. Affected persons can complain to the local police, but they should look up the right number to call themselves and never press the dial-back key. Whether these measures can stop the spam call tsunami in Germany is not known.