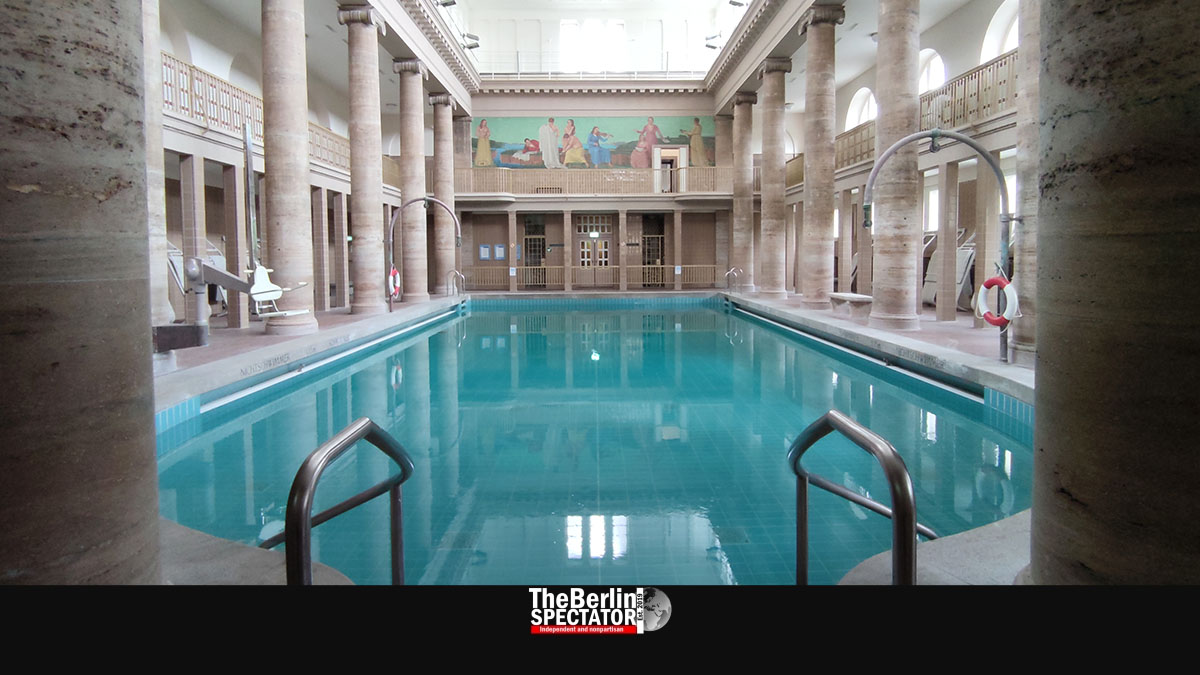 In Berlin, the outdoor pool season is slowly coming to an end, while the indoor pools are beginning to reopen because the cold season is around the corner. In all public pools, colder water has to be expected.

Berlin, August 30th, 2022 (The Berlin Spectator) — It was a hot summer but, these days, the sky above Berlin is mostly cloudy and temperatures are in their low 20s (degrees Centigrade), meaning they are in their high sixties (degrees Fahrenheit). In a week from now, many of Berlin’s public outdoor swimming pools will close. The season is almost over.

But there are outdoor pools and baths that will be open for the rest of the month. They include the ‘Strandbad Wannsee’, a bath in the beautiful Wannsee lake, as well as the ‘Sommerbäder’ pools in Berlin’s Kreuzberg and Neukölln boroughs. The water is colder now, for two reasons: First of all, the weather makes it cool down. Secondly, the water is not being heated anymore in an effort to save natural gas in the ongoing energy crisis caused by Russia’s war of aggression against Ukraine.

According to Berliner Bäder, the state-owned company that runs almost all public swimming pools in the German capital, the number of visitors at its outdoor pools has almost reached the level it had before Corona hit. Some 1.7 million people visited them this year, 15 percent more than in 2021. In 2020 and 2021, complicated Corona rules had to be followed. Visitors needed to book time slots. Back then, this brought down the numbers.

This year, there was a sense of normality at those outdoor pools. But not everything was positive. Several violent incidents happened at some of Berlin’s public outdoor pools this summer. The police had to step in and more security guards were employed. Berliners started to worry about their safety and that of their children during pool visits. Now, they might worry about the water temperature. The good news is that, as of now, wearing neoprene suits in the water is allowed. Only the sun will be heating up the water for the rest of the season, if it shows up.

In Berlin’s indoor pools, natural gas will have to be saved as well. Berliner Bäder says it will soon decide on measures that will be taken. One thing is certain: The water is not going to be warmer than it has been in the past years. The opposite will be the case. Certain body parts will definitely be shrinking in the water.

All public swimming pools and their opening hours can be found here (German only). Berlin does have wonderful indoor pools, including the Stadtbad Neukölln (see photo at top of page) and the one in Charlottenburg. The total number of Berliner Bäder’s pools, both indoor and outdoor, is 63.