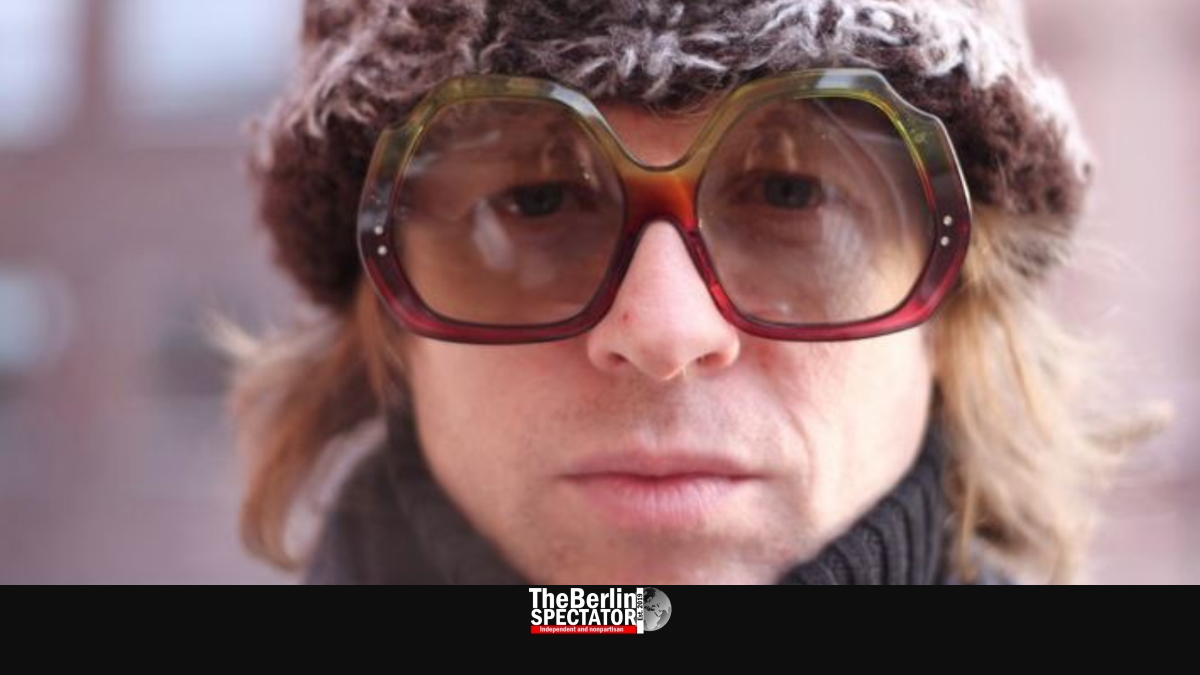 When the so-called ‘Acid Jazz’ movement hit the British Jazz-Funk scene in the early 1990s, a guitar hero by the name of Simon Batholomew was one of its main contributors, in several groups. Most Funk enthusiasts know him as a member of the brilliant Brand New Heavies.

Simon Bartholomew, a bundle of energy, is looking both back and forward to a very diverse musical career. An act called Brothers International catapulted him into the center of the developing British Acid Jazz (or Jazz-Funk) scene, along with his peers. Bartholomew, a genius guitarist, also has an extremely strong stage presence. He is the Duracell bunny, on any stage he hits, with any act.

Brothers International delivered instrumental Jazz-Funk in the mid-1980s, which generally was a frustrating time to real Funk lovers. That is because the funky stuff coming out of America during those days was over-programmed. Unfortunately, the latter even applied to the most brilliant U.S. Jazz-Funk acts, including Earth, Wind & Fire. Exaggerated synth sounds and drum programming destroyed the real Funk, at least to the opinion of purists. But help was on its way. The Acid Jazz scene did not give a damn about musical fashions.

The Brothers International evolved into The Brand New Heavies (BNH), with Simon Bartholomew in the center of it all. Jay Ella Ruth was their first vocalist, while he contributed his killer Funk rhythm guitar. In combination with fellow band members Jan Kincaid and Andrew Levy, they would create some of the most funky sounds ever. During live gigs, Bartholomew would sometimes evolve into Jimi Hendrix by delivering the kind of solos the master was known for. Versatility, energy and enthusiasm: This is what he stood and still stands for.

The Brand New Heavies (BNH) reached the peak of their popularity with their album ‘Brother Sister’, which was released in 1994. Along with ‘Shelter’, their 1997 release, it is one of the most brilliant British Jazz-Funk albums ever recorded, to a large extent thanks to Simon Bartholomew. The BNH did not want to be cool or sound like American funk acts at that time. Their priority was to come up with true Funk. And they did.

‘Stay this Way’, a BNH Funk hymn recorded even earlier, became one of the most memorable British Jazz-Funk classics ever. ‘Dream on Dreamer’, one of their biggest hits, was so well composed and arranged, so funky and so convincing that it even became a radio hit, even though quality is usually not what Pop radio stations are looking at. Those off-beats, delivered by drummer Jan Kincaid, who left the BNH a few years ago, and Simon Bartholomew’s input made it a big favorite.

Maria Muldaur’s 1974 classic ‘Midnight at the Oasis’ became yet another big Brand New Heavies hit. The live version on that Japanese live album they released along with the Japanese version of the ‘Shelter’ album is so funky it should be forbidden. Damn. What a breathtaking performance! The BNH even were on Soul Train in America, doing ‘Stay This Way’. (Note: Article continues below ‘Related Articles’ teasers.)

Later on, there seemed to be some issues, judging from the outside. Their former manager wanted to make the band rare, in order to have more success, which did not seem to work. Also their journey into Neo Soul, with a lot of programming, was something not all fans were happy about. But, Simon Bartholomew was the one who always pulled it off, in difficult and good times, with his solos and stage action. He is an original.

The BNH are the nicest people ever. Simon Bartholomew seems to be the one who keeps up the mood within the band. Discussing Jazz-Funk and joking around is another specialty of the man himself. At the Jazz Café in London, Bartholomew came to experience an Incognito gig in 2007 and talked about the Acid Jazz scene in the 1990s, saying Incognito and the BNH were Soul brothers, since all of them were into it with a lot of passion.

But the Brand New Heavies are not the only project Simon Bartholomew has been working on. He composed tunes for movies, such as ‘Happy Feet’, he played with Jamiroquai on one of their early albums, he played with Mother Earth, and he is part of yet another killer Acid Jazz act called Akimbo. Well, he does it all. And, as a guitarist, he is simply unbeatable.

Now, three decades after it all started, The Brand New Heavies are not only in their best shape again, but they have a new album entitled ‘TBNH’. On top of it all, they are getting ready for their ‘The Funk is Back’ tour which will commence within days and take them to Zagreb (Croatia), Belgrade (Serbia), Ljubljana (Slovenia), Sofia (Bulgaria), Zurich (Switzerland) and all over the United Kingdom.

In a recent BBC interview, it was Simon Bartholomew who talked about feedback from fans who said BNH songs had “helped them get through really tough times”. Indeed, since especially the classics are as uplifting as Funk can be. “I think our general energy or message is one of positivity.” Absolutely.

And it is about quality. Listening, really listening, to that rhythm guitar in virtually all BNH or Akimbo tunes is the best way to experience Simon Bartholomew’s art. By the way: He is turning 53 on October 16th, 2019. A happy and funky birthday!