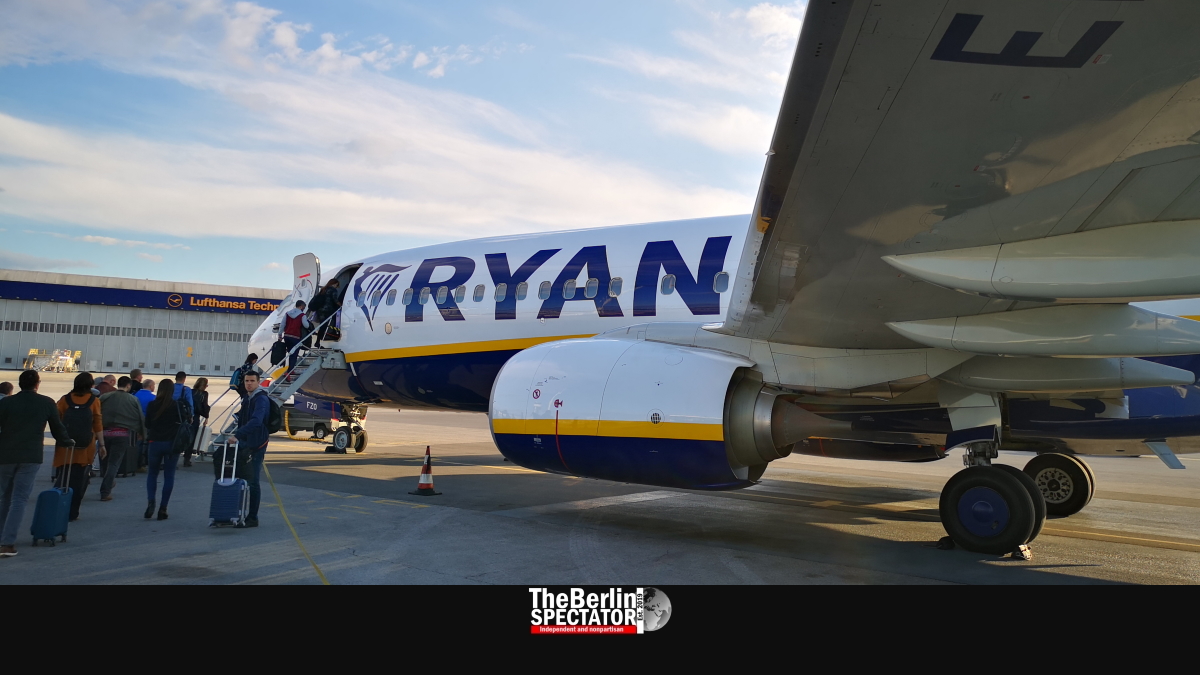 Ryanair is under pressure. The Irish low-cost airline announced it would close several of its European bases, including the one in Hamburg.

Flying above the clouds is nice and relaxing. But the perspective from the ground is not. At least not anymore. Politics, the competition and emissions do worry airline managers these days. So do the issues with the Boeing 737MAX. This applies to those who run huge fleets of Boeing 737s and need new aircraft. The sky is not the limit anymore.

Thinning Out the Flight Schedule

All the pressure has lead to decisions. Ryanair will thin out its flight schedule. This also means sacrificing bases. Hamburg Airport announced on Wednesday, Ryanair had informed its administration of this kind of plan. What this means it that Ryanair will not have stationary aircraft in Hamburg anymore. For their remaining flights from there, planes from other bases will be used.

“We very much regret this”, Hamburg Airport let the world know. At the same time its press department stressed that Ryanair will still service as many as 14 routes from there. Out of the seven routes they will dump, most will be covered by other airlines. The only exceptions: Kraków and Verona.

Officially, Ryanair seems to be blaming delays regarding the delivery of 30 Boeing 737MAX aircraft. The ‘Morgenpost’ daily in Berlin quoted the airline which said because of those delivery delays, a number of loss-making bases in Europe would be closed this coming winter. Apart from the one in Hamburg, it is not known which bases Ryanair is talking about. (Note: Article continues below ‘Related Articles’ teasers.)

Germany: Most Lufthansa Flights Cancelled Because of Strike

Ryanair completely relies on Boeing. At this point they have as many as 413 Boeing 737-800s. Since two Boeing 737MAX aircraft owned by other airlines crashed and 346 people died in those accidents, the model has been grounded. This has lead to existential problems for Boeing, as well as issues for airlines which are waiting for deliveries.

According to the ‘Morgenpost’, Ryanair announced it would try to “minimize the impact on our customers and employees” as much as possible.

Earlier, Ryanair had announced an end to all domestic flights within Germany. Like its competitors, the Irish giant will also face an increased “aviation fee” Berlin wants to impose on them, starting in April of 2020. The step is part of the so-called ‘Climate Package’ Chancellor Angela Merkel and her government recently agreed to.

In Germany, Ryanair is under even more pressure after ‘Team Wallraff’, a prominent TV crew, managed to get one of its members into one of the airline’s training events for flight attendants, which is being run by a different company. According to the investigative reporters involved, the safety training is inadequate and the treatment of the trainees harsh.