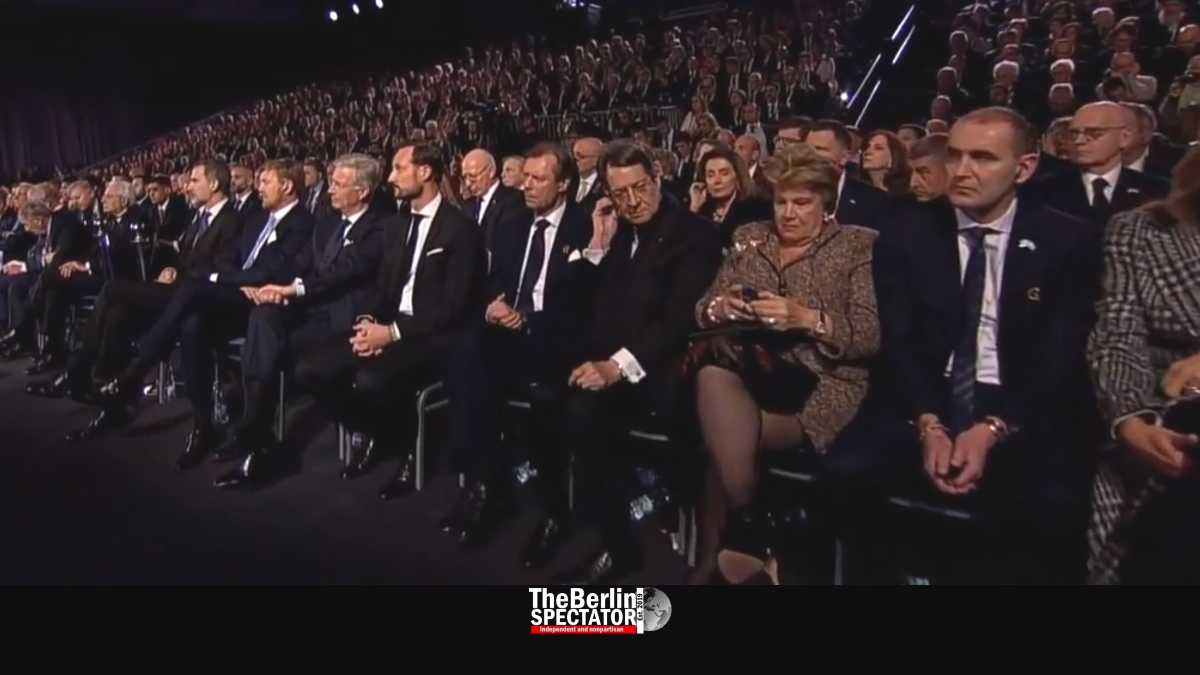 Yesterday’s commemoration event at Yad Vashem in Jerusalem was covered by correspondents and editors from all over the world. A German reporter for the radio and TV network ARD slammed Israel, the host country, and Russia for a “dishonorable behavior”.

Frank-Walter Steinmeier was the first German President to hold a speech at Yad Vashem. And he lived up to that responsibility, many believe, in Israel, Germany and elsewhere. (The Berlin Spectator reported about yesterday’s Holocaust Forum event which market the 75th anniversary of the liberation of Auschwitz-Birkenau in this separate article). Even the ARD correspondent on site concurred, in this regard.

But the other part of her opinion piece (in German) on the website of the prestigious ‘Tagesschau’ news broadcast the ARD has been offering since December 26th, 1952, caused outage. In her piece, she accuses both Israel and Russia of an “egoistic performance” at Yad Vashem that had “overshadowed” the commemoration event with guest from all over the world.

Those two countries, Israel and Russia, had dishonorably hijacked the memorial day in part. They had “celebrated a private politics of memory party” just before the main event. By that, the correspondent meant the dedication ceremony for a monument in honor of those killed during the siege of Leningrad during World War II.

Neither the label ‘party’, nor ‘private’ is appropriate for an event of this kind. Neither Israel nor Russia could ever ‘hijack’ a memorial event that could not concern those two countries more and which takes place on Israel’s own turf. The German correspondent also complained the talks between Prime Minister Netanyahu and President Putin had taken too long. They had made many guests, including Holocaust survivors, wait at Yad Vashem. The latter aspect about people waiting cannot really be disputed.

The ARD’s lady on site also wrote there had to be doubts regarding the question how much “international unity” there was and how much national interests were dominating [within the governments involved]. She said at least Putin and Netanyahu had brought the event at Yad Vashem behind them without any scandal. Still, the commemoration had been a “wasted chance”.

Germany’s largest daily ‘Bild’ commented on the scandalous opinion piece by calling it “arrogant and repulsive.” At the commemoration for the victims of German crimes, the German ARD correspondent had wanted Israel and its guests to think the way she did.

President Steinmeier’s speech at Yad Vashem was praised by many in Germany, including Jews. The main opinion is that he had found just the right, convincing words as President of Nazi Germany’s successor state, the Federal Republic of Germany.