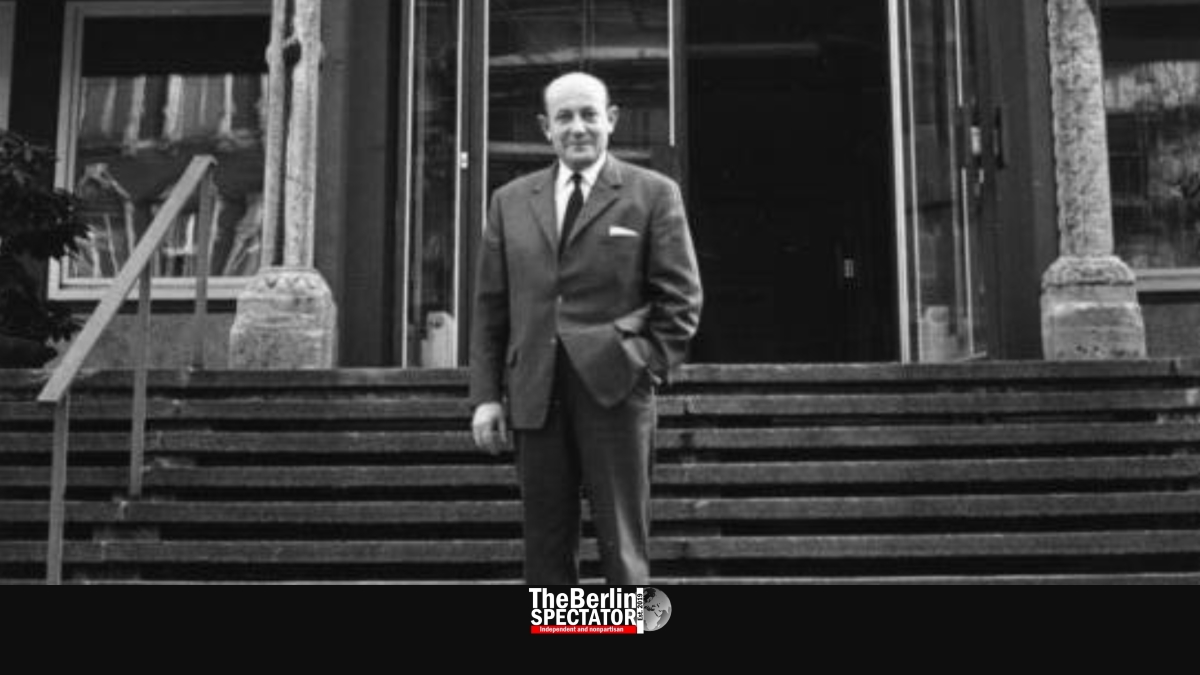 Among Berlin’s 115 Honorary Citizens, seven are women. There are former Honorary Citizens Berlin wishes it had never had, and many who would have to be honored yesterday if they were not on the list yet.

Emancipation and Berlin’s list of Honorary Citizens are not compatible. It will probably take two centuries until gender equality has been reached here. At the same time, many good individuals are included, who did a lot of good for Berlin in several ways.

There are six individuals who used to be Honorary Citizens, but whose status as such was revoked. One of them is former Nazi dictator Adolf Hitler. The others are Göring and Goebbels, two of the highest ranking figures in the Nazi regime, the Nazi politician Wilhelm Frick, Paul Hindenburg, who made Hitler Reich Chancellor and Friedrich Wilhelm Reinhold Pieck, who was President of the GDR in the 1950s.

Most revocations took place in the late 1940s, after World War II. Hindenburg’s Honorary Citizenship was cancelled this year, in 2020. And instead of those Nazi thugs, people who stood up for freedom were honored. They include politicians sich as Ronald Reagan, Helmut Kohl, Konrad Adenauer, Mihail Gorbachev, George Bush Sr. and Willy Brandt, but also less famous individuals.

These are some of Berlin’s Honorary Citizens:

Margot Bendheim is being born on November 5th, 1921. While the Nazis rule Germany, her parents and brother are murdered in death camps. She hides, but is being betrayed and taken to Theresienstadt. The fact that she survives this concentration camp is a miracle. With her late husband, Margot Friedländer moves to New York City after the war, where she lives for 64 years. In 2010, she returns to Berlin. At the age of 99, Margot Friedländer still visits schools and other institutions on a regular basis, in order to talk about her life. As a true Berliner, and one who does a lot of good, she becomes Honorary Citizen of Berlin in 2018.

Born in Hamburg in 1936, Wolf Biermann moves to East Berlin in 1953. He works at a theater before studying philosophy and mathematics at Humboldt University. More and more, he gets into writing poetry and songs while continuing to work at theaters. A piece he writes is being forbidden in the GDR. The ruling ‘Socialist Unity Party’ rejects him. So he starts publishing in West Germany. His first album is being released in 1969, while communist East Germany imposes a total performance and release ban on him. After a tour through West Germany in 1976, he is being deprived of his GDR citizenship after he keeps on criticizing the country publicly. He stays in the West and releases numerous albums. In 2007, he becomes Honorary Citizen of Berlin.

Born in Marienburg in 1912, Heinz Galinsky (see main photo at top of page) becomes a salesman in a textile store in Rathenow in 1933. Once the Nazis pass their racist Nuremberg Laws, he, his wife and parents move to Berlin because they believe that, as Jews, they will be safer in the anonymity of the capital of Nazi Germany. But there, they are being abused as forced laborers. In 1943, the entire family gets arrested. His father dies at the police station. Heinz Galinsky, his wife and mother are being taken to Auschwitz. In 1945, he is the only survivor in the family. Back in Berlin, he works on reestablishing the Jewish community. In 1988, he becomes President of the Central Council of Jews in Germany. A year before, he is being given Berlin’s Honorary Citizenship. Heinz Galinsky dies in 1992.

Born in Berlin in 1891, the lyricist Nelly Sachs manages to flee to Sweden with her mother and two friends, as the Nazis start murdering the European Jews, including most of her family. In Sweden, she works as a translator until she resumes her work as an author in 1946. She writes about the Holocaust, but also about reconciliation. In 1965, Nelly Sachs receives the Peace Prize given out by the German Book Trade, a year later she is being awarded the Nobel Prize for Literature. Another year later, in 1967, three years before her death, Nelly Sachs becomes Honorary Citizen of Berlin.

Louise Schroeder is being born in Hamburg in 1887. At the age of 23 she becomes a member of the Social Democratic Party (SPD) at the council assembly in Altona. Later, she joins the National Assembly in Weimar and the Reichstag, at which she stays from 1920 to 1933. Once the Nazis are in power, Louise Schroeder is forced to stop her political activities. After the war, she contributes to re-establishing the SPD. From 1947 to 1949, she is First Mayor of Berlin and works for the city as Mayor afterwards as well. Two months before her death, in early 1957, she becomes the first woman to receive the Honorary Citizenship of Berlin.

All of Berlin’s Honorary Citizens are listed here (German only). There is at least one individual whose absence on this list is a surprise. His name is John Fitzgerald Kennedy.

Shakatak to Spread British Jazz-Funk All Over Germany