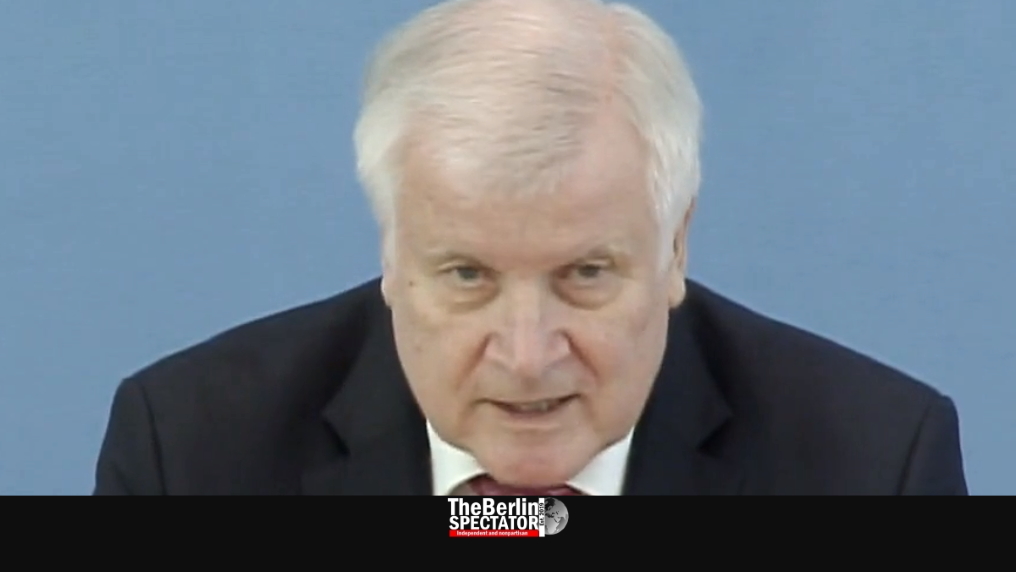 For the third time this year, Germany’s Interior Minister Horst Seehofer banned a Nazi organization. A spokesman for the ministry said the group ‘Nordadler’ had a “national socialist ideology”.

Police raided the homes of “important members” of the Nazi gang in Brandenburg, North Rhine-Westphalia, Lower Saxony and Saxony early on Tuesday morning. In these cases, the usual police strategy is to wake up the suspects before dawn. So far, no arrests were reported. Collecting evidence seems to be the main goal at this stage.

The authorities believe ‘Nordadler’ mainly operates on the Internet, in the sense that physical group meetings seem to be rare. The group also uses several alternate names that include the German word “völkisch” (“national”). According to the Interior Ministry’s insights, the members commit to Hitler and other personalities of Nazi Germany’s leadership, while using expressions and symbols the dictator and his henchmen used.

It looks like ‘Nordadler’ was planning to set up a settlement project for members, in the countryside. In chats, the leader of the Nazi group had welcomed the recent attack on the Synagogue of Halle, during which two people were murdered, the Interior Ministry said. The antisemitic tendency is obvious.

In March, Germany banned a group of right-wing extremists who called themselves ‘Citizens of the Reich’. Two months earlier, in January of 2020, Interior Minister Seehofer had forbidden the Nazi group ‘Combat 18’.

Intelligence Report to be Introduced

In the past year, Seehofer has kept on talking about the dangers of right-wing extremism. Today, he will introduce the intelligence report for last year. According to the ‘Spiegel’ weekly it says that the number of radicals of this kind in Germany has increased by one third. More than 32,000 persons are part of what the intelligence community calls “right-wing extremist persons potential”. Last year, 24,000 people were in that category.

In the new intelligence report, all 7,000 members of ‘The Wing’, a former faction within the right-wing extremist party ‘AfD’, are being listed in that same category. Officially, ‘The Wing’ was disbanded, but experts are sure the ideology its former members are following has not changed. In Brandenburg and Thuringia, the entire ‘AfD’ state associations are being monitored by the Federal Office for the Protection of the Constitution. According to the ‘Redaktionsnetzwerk Deutschland’, the ‘AfD’ youth organization is part of the intelligence report too.

According to Minister Seehofer, left-wing extremism is not as dangerous as right-wing extremism right now. But the number of crimes committed by left-wing radicals has increased in 2019, according to a report by the ‘Welt’ daily. Especially in Berlin, Brandenburg and Saxony, that danger is increasing.

Yet another danger in the extremism category is the Muslim Brotherhood. The authorities believe the Islamist organization is growing in Germany.