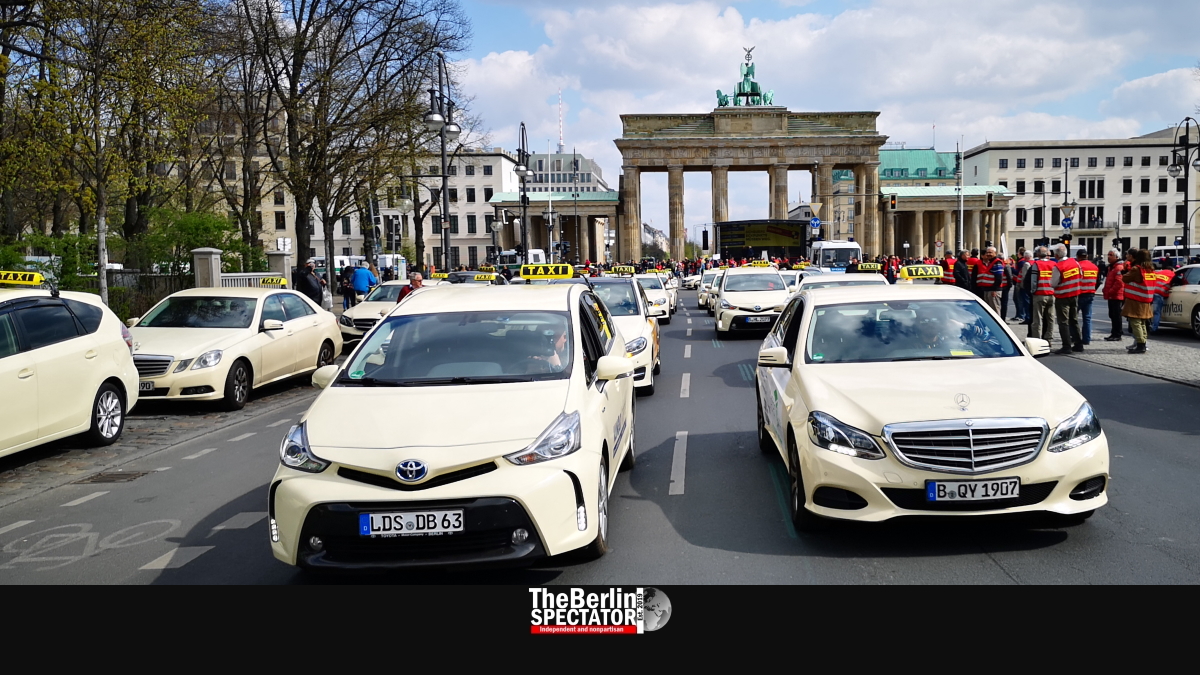 A new Passenger Transportation Act is supposed to replace the old regulations for cabs and other chauffeur services in Germany. Both the taxi lobby and Uber are criticizing the approach the Transport Ministry is taking.

Public transport is one of the backbones of Germany. It takes people to work, meaning it supports the economy which it is also part of. It creates jobs and income, which translate into buying power. It also makes people independent. The same applies to transport services like taxis or Uber.

You don’t have a driving license? Hop on the bus. You want to read the paper during the ride? Take the train. You need to get there faster? Buy a ticket and board the tram. Too drunk to drive? Or there is no bus connection? Get a taxi. A quarter million cab drivers in Germany are waiting for your call. So is Uber.

Buses, trains, trams, taxis. All in all, things could be perfect if the enemy was not coming closer and closer, from the perspective of some. Its name is change. The kind of change the Ministry of Transport in Berlin is working on is being criticized.

The taxi lobby rejects any changes to the Passenger Transportation Act because it wants to keep what is left of its monopoly. On the other hand, Uber and comparable chauffeur services were hopeful because they expected to get more rights. The compromise a commission consisting of MPs and representatives from the federal states agreed on was supposed to make both sides happy, but the opposite happened.

For decades, only taxis were allowed to take individuals and groups to destinations the passengers chose. Taxi companies took their monopoly for granted. They never really changed, and refrained from adapting to the digital age. For instance, they could have developed one app for all passengers who want to order taxis, or they could have introduced additional services.

Because taxis did not change, others brought innovation to the streets. Uber came across the Atlantic Ocean and revolutionized the way chauffeur services work. The American company had to adapt to German rules though. Things are more complicated in the land of liverwurst and sauerkraut.

In the United States, anyone can book a driver via Uber who will take a passenger to his or her destination. In Germany, things are more regulated. Anyone who officially drives passengers needs a special drivers license called ‘Personenbeförderungsschein‘. Yes, a word with 26 letters.

Forced to Return to Base

Also, Uber vehicles need to return to base after one person or group was transported. They are not allowed to pick up new passengers before doing so. Not in Germany. Transport Minister Andreas Scheuer was going to dump that rule. But the commission wants to keep it. Large cities will be allowed to add more locations Uber drivers can return to before they pick up their next passengers.

This idea is not good enough for Uber. What was supposed to be a compromise that would satisfy everyone is being rejected by both sides. The Federal Taxi Association even threatened “resistance”, meaning they might ask thousands of taxi drivers to block entire cities in protest. It would not be the first time.

‘Fair Balance Between Forms of Transport’

Modernizing public transport is a task included in the coalition agreement Chancellor Angela Merkel’s CDU, its Bavarian sister party CSU and the SPD signed in March of 2018. Creating a legal framework which lets “platform-based and digitally brokered transport services” operate was on the ‘to do list’.

In Berlin, the Transport Ministry wanted to make sure there is a “fair balance between the different forms of transport” and “the taxi and rental car business can profit from regulatory relief” while making sure municipalities continue to have the right to apply changes of their choosing.

Another goal was to strengthen on-demand transport services, such as driving pools and on-demand-buses and taxis, by removing obstacles in existing regulations. The compromise available now does not really live up to those plans, according to critics.

A draft law on the basis of the commission’s compromise is supposed to be written and pushed through the Berlin Bundestag soon. The taxi lobby says the taxi driver profession would cease to exist, a quarter million drivers would lose their jobs. The perspective is not really quite as bad, even though change is on its way.