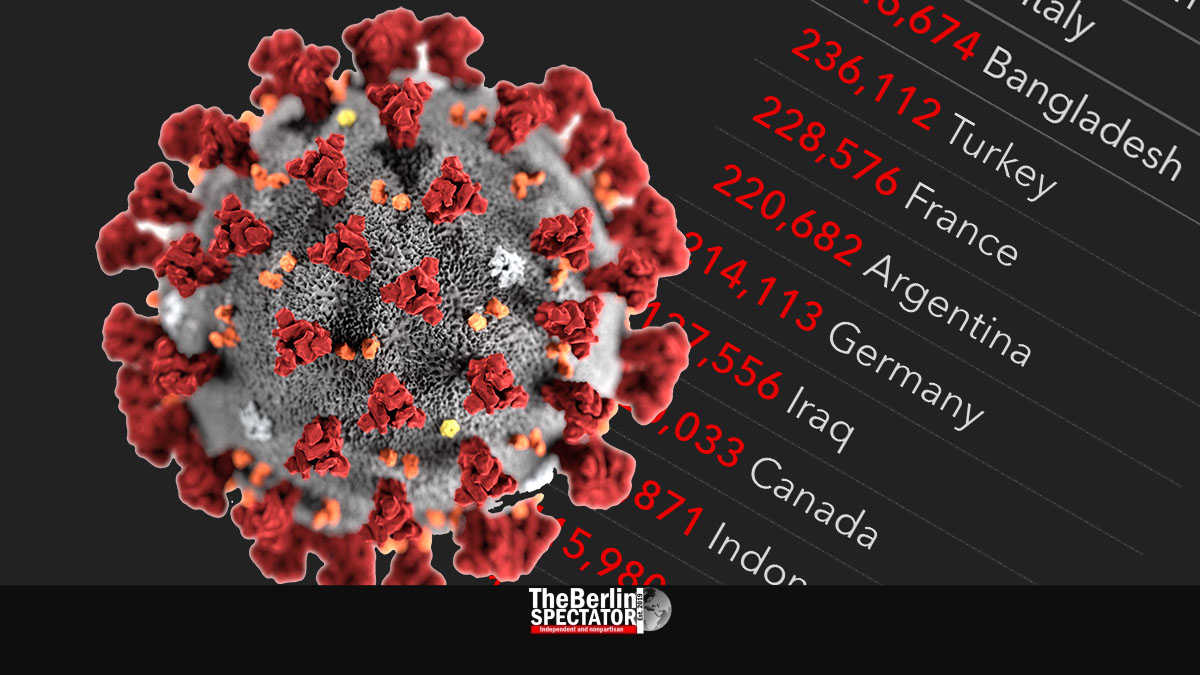 In Germany, the number of persons who got infected with Corona in the past 24 hours exceeded 1,000, for the first time in weeks. The country’s hospitals are prepared for the second wave everyone fears.

On Wednesday morning, the total number of Corona infections since the virus hit Germany in January was 212,826. Today, on Thursday August 6th, 2020, it stood at 214,113. The difference is 1,287. In many weeks, the daily increase has not been this high.

Even if reporting delays contributed to this high number to some extent, the increase is obvious. Until recently, Germany had registered 200 to 300 new Corona cases per day, before that number hit 500, and then 800. Today, it clearly exceeded 1,000.

Now that the summer vacations have already ended in two federal states within Germany, and because they are about to end in Berlin and Brandenburg, people are returning from international trips. This may be one of the reasons for the increasing numbers.

The number of active Corona cases in Germany is 8,700, according to the Robert Koch Institute. Almost 195,000 persons who used to be infected are cured by now, but not all healed patients were reported. In the past six months, 9,179 people have died from COVID-19, the disease caused by the Coronavirus.

In Berlin, the number of new cases increased by 91 between Tuesday and Wednesday, according to the Senate Administration for Health. Since Wednesday, one more person has died from COVID-19. The total number of Corona-related deaths in Berlin is 224. At this stage, 47 Corona patients are being treated at hospitals in Berlin.

Germany’s hospitals are “well prepared for a possible second Corona wave”, according to Georg Baum, who heads the German Hospital Federation. He told the ‘Rheinische Post’ daily, at the intensive care units all over the country, many beds were reserved for Corona patients.

In the meantime, a Corona outbreak was reported among students who recently did their ‘Abitur’ (the German equivalent of A-levels or high school diplomas) took a trip to Croatia, organized by a travel agency specialized in party tourism. In Göppingen, a town in Baden-Württemberg province, at least nine participants are infected with Corona.

At this stage, 68 persons are in quarantine in Göppingen. There are more infections at other locations and in other federal states. Some of the students already showed typical symptoms on the way back from Croatia.

In Brandenburg province, where the summer vacations are ending now, the Health Ministry just decided to go for a mandatory mask rule at schools. The federal state’s Health Minister Britta Ernst said in Potsdam, masks would be required for all students in the corridors, auditoriums, canteens and staircases. They may be taken off in classrooms and outdoors, on the schoolyard. Berlin, where school starts on Monday as well, has a mandatory mask rule for schools too.

Related article: Berlin: Back to School in Times of Corona