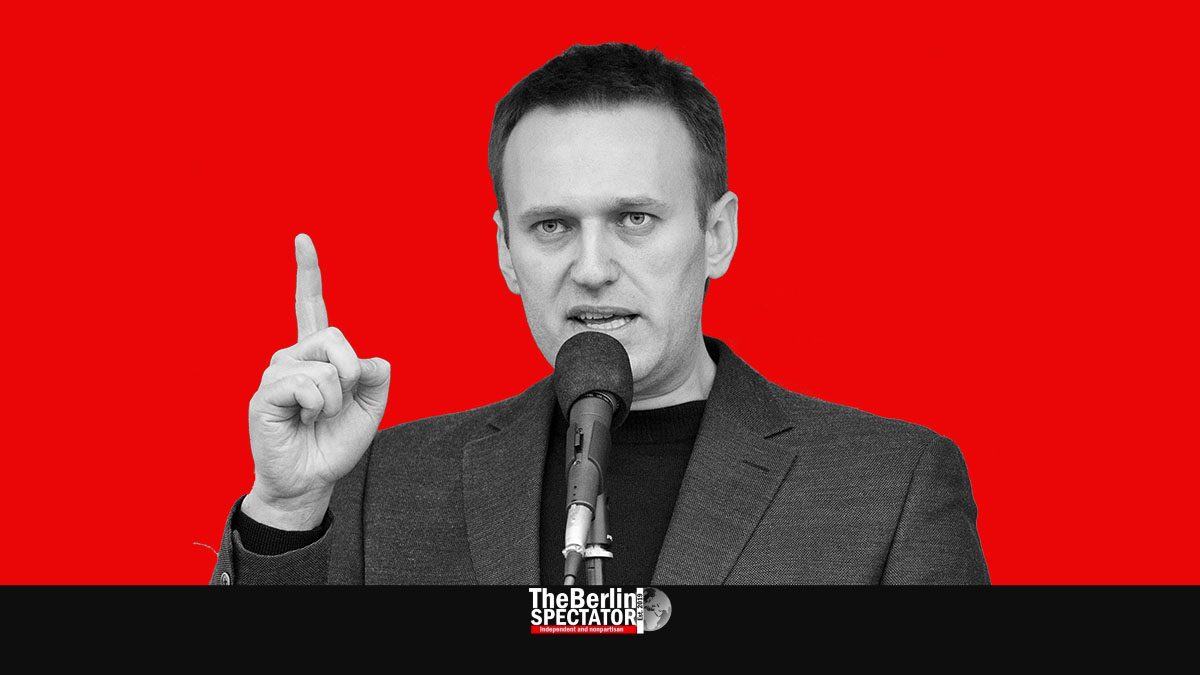 According to the Charité hospital in Berlin, the Kremlin critic Alexey Navalny is conscious now, after he spent almost three weeks in a coma. The discussion about the implications of his poisoning is intensifying.

Alexey Navalny is out of the induced coma he was in for weeks, and he reportedly is responsive. Doctors at Berlin’s Charité hospital are taking him off the respirators gradually. They say his condition is improving. It looks like Navalny is getting through a poisoning attack he was not supposed to survive.

His family and supporters of his had made sure Navalny, one of the staunchest Putin critics, was flown out of Russia and taken to the Charité. The federal government supported the endeavor. Berlin says it has proof Navalny was poisoned with Novichok, a substance developed in the Soviet Union and Russia.

Last Wednesday, Chancellor Angela Merkel condemned what she called an “attempted poison murder” in the strongest terms and demanded answers from President Vladimir Putin’s government. She also announced she had discussed the matter with President Frank-Walter Steinmeier, as well as the Interior and Defense Ministers, all factions at the Bundestag, the E.U. and NATO.

Every Button But One

Mrs. Merkel pressed every button but one: What the European-Russian North Stream 2 pipeline project is concerned, her position is that it is not connected to the Navalny case. But she does not want to rule out anything, according to her spokesman.

North Stream 2, a natural gas pipeline, is almost completed. Only 100 kilometers (62 miles) out of a total of 1,200 kilometers (746 miles) still need to be installed. The United States of America never liked the project. Recently, Washington threatened to apply sanctions against the 100 European companies that are involved.

Now, because of the attempted murder of Alexey Navalny which Germany believes might have been state-sponsored, the number of North Stream 2 opponents in Germany is growing, along with the pressure on the government to abandon it. Cancelling it would mean that billions of Euro would be thrown out the window. Countless companies would likely claim damages, which would increase the cost for retracting from the project further.

Twelve billion Euro (14.2 billion U.S. Dollars or 10.8 billion Pounds Sterling) is quite an amount. This is the price tag for the construction only. The damages would probably be even higher.

On the other hand, there is the moral aspect. The poisoning of an oppositional politician is absolutely unacceptable to Berlin. Foreign Minister Heiko Maas said he hoped “the Russians will not force us to change our position on North Stream 2”. Stopping the pipeline might be an appropriate answer to the “attempted poison murder” Merkel mentioned, and the lack of a wholehearted investigation into the case in Russia. A step of that kind would also get rid of a lot of trouble with the U.S..

The German Greens just demanded an end to North Stream 2, no matter the cost. Their chairlady Annalena Baerbock said, some legal questions around the project had not been finalized anyway. Those who had invested into the pipeline had taken a risk, she said in an interview with ZDF TV.

‘Die Linke’, a large left-wing party that is present in the Bundestag and part of governments in three federal states, hardly ever defends big business projects. But in this case, probably because Russia is involved, its floor leader at the Bundestag, Dietmar Bartsch, called for a continuation of North Stream 2. The extremist right-wing party AfD wants North Stream 2 to be continued as well.

In the meantime, Russia denies any involvement in the poisoning of Alexey Navalny. At the Kremlin, a spokesman said the attempts to connect the Russian leadership to the Navalny case were “absurd”.

A few days ago, the Russian Prosecutor General had sent a rogatory letter to Berlin. According to Foreign Minister Heiko Maas, Germany will agree and share investigation results with the Russians.

Putin’s main propaganda channel in German published an interview with a Russian doctor who still casts doubt on a poisoning as the cause for Navalny’s condition, and a list of questions for Foreign Minister Maas prepared by the Foreign Ministry in Moscow “in cooperation with the Russian Embassy in Berlin”, with this headline: “Why do politicians talk about the Navalny case, instead of doctors?”