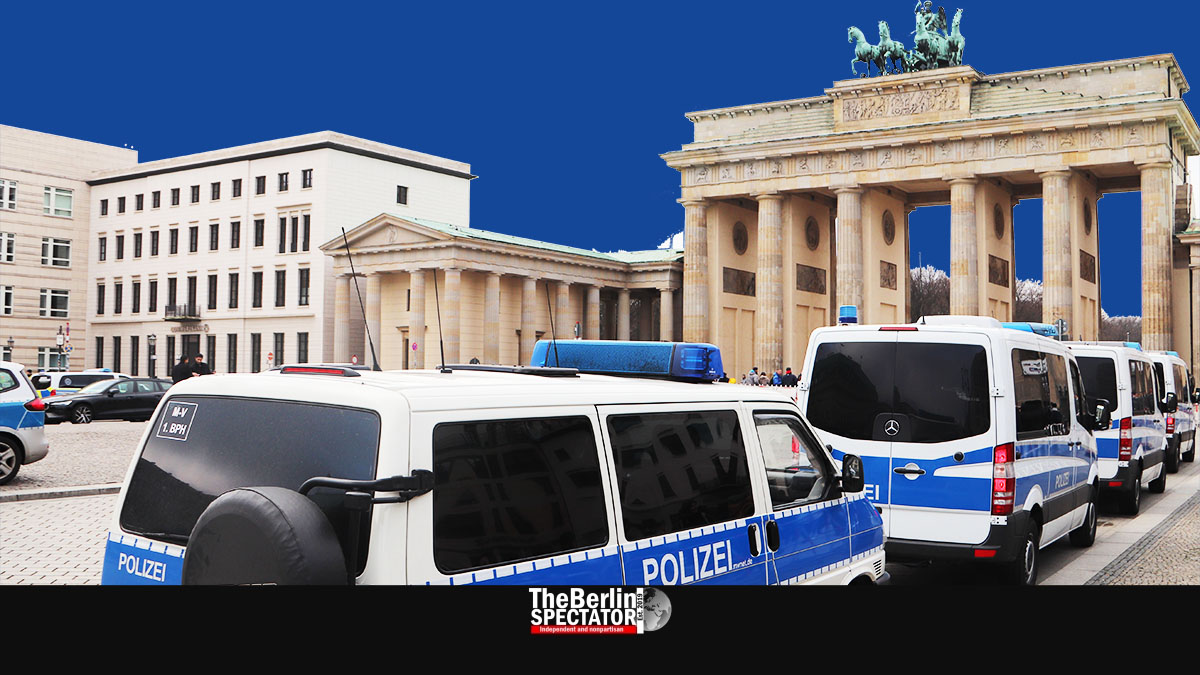 In Berlin, hundreds of police officers were part of a big operation in connection with last year’s Green Vault heist in Dresden this morning. Arrests were made. The operation might continue all day long.

Berlin, November 17th, 2020, update 4:58 p.m. (The Berlin Spectator) — Before 7:00 a.m. this morning, hundreds of residents in Berlin’s Neukölln district were woken up by helicopter noise. Of course, Germany’s Federal Police had a good reason for monitoring this part of the city from above. The officers in the helicopter were part of a huge operation in three of Berlin’s districts, namely Friedrichshain-Kreuzberg, Charlottenburg Wilmersdorf and Neukölln.

Early, even before the suspects had their first coffee, elite units from police departments all over Germany arrested three individuals who are suspects in the Green Vault theft in Dresden. They are members of family clans. Two more suspects, Abdul Majed Remmo and Mohamed Remmo, are at large. The Dresden Police Department is asking for help. Information about the location of the suspects can be conveyed to any police station in Berlin or Dresden.

More than 1,600 policemen and policewomen were part of the operation in Berlin this morning. Eighteen objects were searched. Those included apartments, garages and vehicles, according to the authorities. Evidence is what the police are looking for, including digital data, tools and clothing. But they were also looking for the stolen items.

Officers from the Federal Police, from Berlin, Baden-Württemberg, Brandenburg, Lower Saxony, North Rhine-Westphalia, Saxony Anhalt and Thuringia were involved. According to the Berlin Police Department, traffic restrictions have to be expected throughout the day in the German capital, because of the operation.

On November 26th, 2019, two months before Corona hit Germany, the culprits managed to get into Dresden’s Green Vault, where they stole objects containing diamonds, brilliants, brilliant-cut rubies, emeralds and sapphires. The suspects were identified using video footage recorded by safety cameras on the scene in Dresden, according to the prosecution in Saxony. Vehicles played a role as well. But the investigation has failed to deliver an answer to a big question: Where is the very valuable prey?

On November 27th, 2019, a day after the heist in the Green Vault, a famous treasury in Dresden Castle constructed in the 16th century, police investigators did not believe their eyes. It is still not entirely clear how the thieves managed to bypass all security systems on site. The authorities believe they might have had insider knowledge.

Once they were inside the Green Vault, they used an ax to crush the glass cabinet that contained the valuable objects. Before they even got close to what they wanted, they had set a junction box on fire in order to cause an electricity outage. And they were quick. After the heist, it took the museum quite a while to establish what exactly the culprits had stolen. The objects included a “state treasury” that dates back to the 18th century.

Berlin’s Senator of the Interior Andreas Geisel said he was glad about the fact that there had been a “big success” in regard to the solving of the Green Vault heist. Results of the investigation pointed towards “clan crime”, the Senator stated. Today’s arrests and raids were another signal to the clan scene. “Nobody should think they are above the state or its rules. The state of law is the measure of all things”, Geisel said.