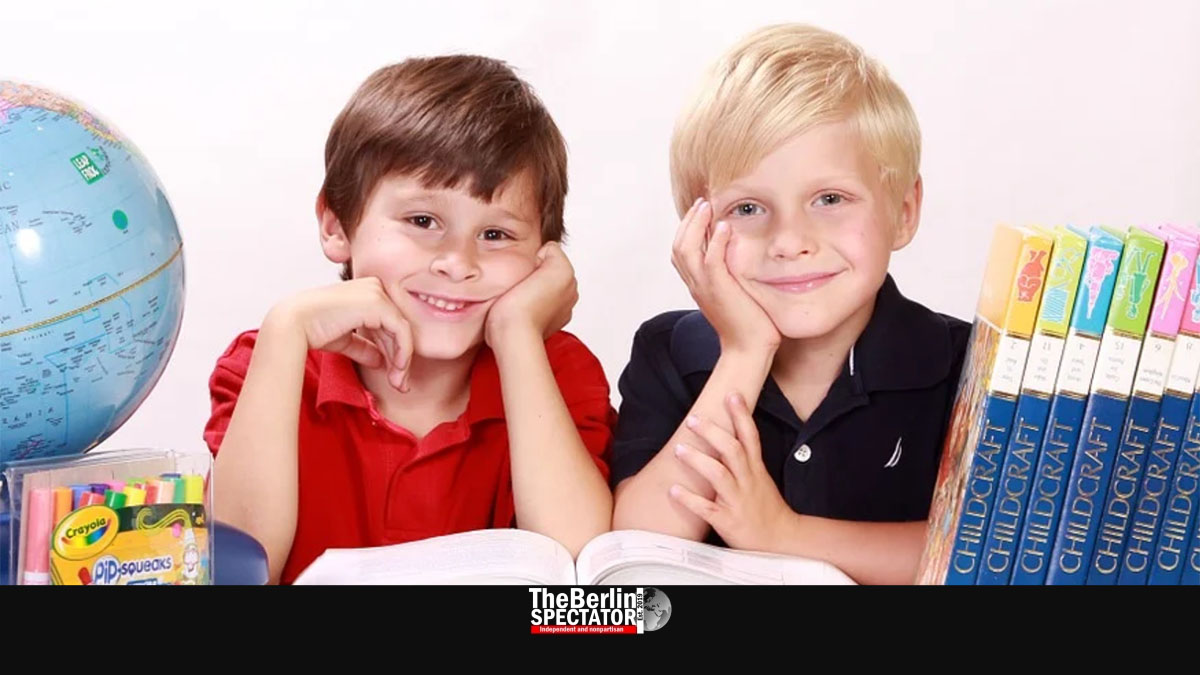 Federalism is a splendid idea, right? Wrong. It can be a curse when it partially messes up an education system. Germany is a good example in this regard.

Berlin, November 18th, 2020 (The Berlin Spectator) — Summer holidays in the United States deserve that expression, since they last all summer long, at least more or less. Things are relatively simple across the Atlantic Ocean, in this regard. There are certain differences between northern states on the one hand, and southern and western ones on the other. But American schoolkids will have two to three months of vacations, and mostly at the same time.

In Germany, a country the size of Montana, the summer holidays are a carefully orchestrated event. In each of the country’s 16 federal states, different vacation dates apply. That way, the Autobahn will not be overcrowded on the first vacation day. Actually it will anyway, but that is the idea. German school kids generally have a six week summer holiday.

When it was back to school in the largest German province North Rhine-Westphalia in August, hundreds of thousands of kids, among them tens of thousands of first-graders, filled classrooms all over the place, in Cologne, Krefeld, Dortmund, Münster, Gütersloh and elsewhere.

Three weeks earlier, 71,900 new first-graders in Lower Saxony assembled. They carryied school bags in all colors of the rainbow and so-called ‘Schultüten’, or goody bags. Those are a German tradition. Parents who try to be politically correct usually fill them with fruit, books and toys made out of wood. Other parents might put sweets in there, or “awesome” Playstation games.

Kids in Germany are usually being sent to school from age 6. How long they keep on studying depends on the secondary school they choose and in what federal state they live in.

There might be complaints about the educational systems in every single country on the planet, but everyone should stand in awe of the Germans, since they turned the whole thing into an impressive chaos. That is because their federalist system gives the provinces the right to form and change their own education system any way they plays.

On the one hand, this aspect is an advantage, for instance because the states can change their systems according to their specific needs, and they can react to issues by changing things without having to consult other states or the Ministry of Education in Berlin. On the other hand, the federalist system is a curse.

In Baden-Wuerttemberg, primary school has four grades. From there, students have the choice between main school (‘Hauptschule’), which usually ends after 9th or 10th grade, middle school (‘Realschule’), a school type which was recently abolished in Berlin and Hamburg and focuses on professions, integrated school (‘Gesamtschule’), common school (‘Gemeinschaftsschule’) and academic high school (‘Gymnasium’), at which all students are working on passing their ‘Abitur’, the German equivalent of the A-Level or high school diploma.

Just listing these five kinds of secondary schools in that southern province can give people a headache. Having to choose one of them for a kid, or as a kid, is even worse.

In Hamburg, things are a lot simpler. After four years of primary school students have two choices. They can attend a ‘Stadtteilschule’, a school type which opens all educational paths to everyone, including the ‘Abitur’, or the ‘Gymnasium’. In the latter, the diploma will have to be passed after 12th grade, while it takes 13 years at the ‘Stadtteilschule’. Bremen has a very similar system, but their ‘Stadtteilschule’ is their ‘Oberschule’. Do you follow? Don’t worry, we don’t either.

The more progressive provinces in central and northern Germany might not be doing as well as the more conservative ones, regarding the average state of knowledge of their school kids, for several reasons. But their systems are more inclusive and less elitist.

In Berlin, the education system looks very different. Here, primary school has six grades. Then, from grade seven, there is either the ‘Gymnasium’ or what the Berliners call Integrated Secondary School (‘Integrierte Sekundarschule’), which offers all educational paths, including shortcuts into professions and the ‘Abitur’. Berlin also experiments: The latest idea the German capital is pursuing is called ‘Gemeinschaftsschule’ (Community School). Here, kids who might be following different paths will study together, at least until 10th grade.

The four systems mentioned, and the ones in the remaining 12 provinces, might all have their advantages and disadvantages. But there are problems the German approach is either causing or not able to tackle.

First of all, the integration aspect is not working that well, especially in cities with a high share of kids from migrant families the members of which do not speak German at home or at all. In certain areas, classes can hardly advance or they move very slowly due to severe language issues. So far, Germany’s system has not found an effective way to resolve this problem, which slows everyone down, including kids who do not have language issues.

The differences between the education plans in Germany’s provinces and even differences within certain states lead to more issues. English is always a good example. Kids in some kindergartens start to learn English at age 3 or 4. Other children start in first grade. But many students in Germany have their first English classes in fifth grade. How is this supposed to work once they all meet in fifth grade? Kids who are already at a good level have to start from scratch, which is not very motivating. Also the English language qualifications among primary school teachers are not too good in at least some federal states.

Then there is the issue of moving from one German state to the next. A fifth-grader who moves from Nuremberg to Berlin with his or her family will have to go back to primary school. A kid with special needs, who might e.g. have the Down Syndrome, will be part of an inclusive ‘school for all’ in one state, but might have to attend a school for children with special needs in another.

Believe it or not, but there are also things the Germans do very well. For instance, the inclusion of kids with special needs, as in the example above, generally works well, at least compared to other countries. What the British call teacher-centered learning (‘Frontalunterricht’) is largely a thing of the past. Teacher is an attractive profession in Germany. The pay is good, the teachers are mostly motivated and will try to help everyone, including students who are behind, and even those who are ahead. Of course the latter is just as important.

In Germany’s education system, at least in theory, no 9-year-old child will have to do homework until 10 p.m. or be pressured from all sides all the time. This kind of old school approach is still wide-spread in Eastern Europe, but not in Germany.

So, when hundreds of thousands of kids head to school in North Rhine-Westphalia or elsewhere in Germany, most of them are in good care. They are being taken for walks in forests during field trips. Schools want to make sure kids who play computer games too much see the real world at least once in a while. At most schools, students also have someone to talk to about problems they might have, at school or at home. After-school activities will be offered.

Of course, politicians in the provinces will not always take the right decisions, and the federalist system does cause a chaos, but a passable one. There is one thing which messes up education a lot more than federalism. It is called Corona.