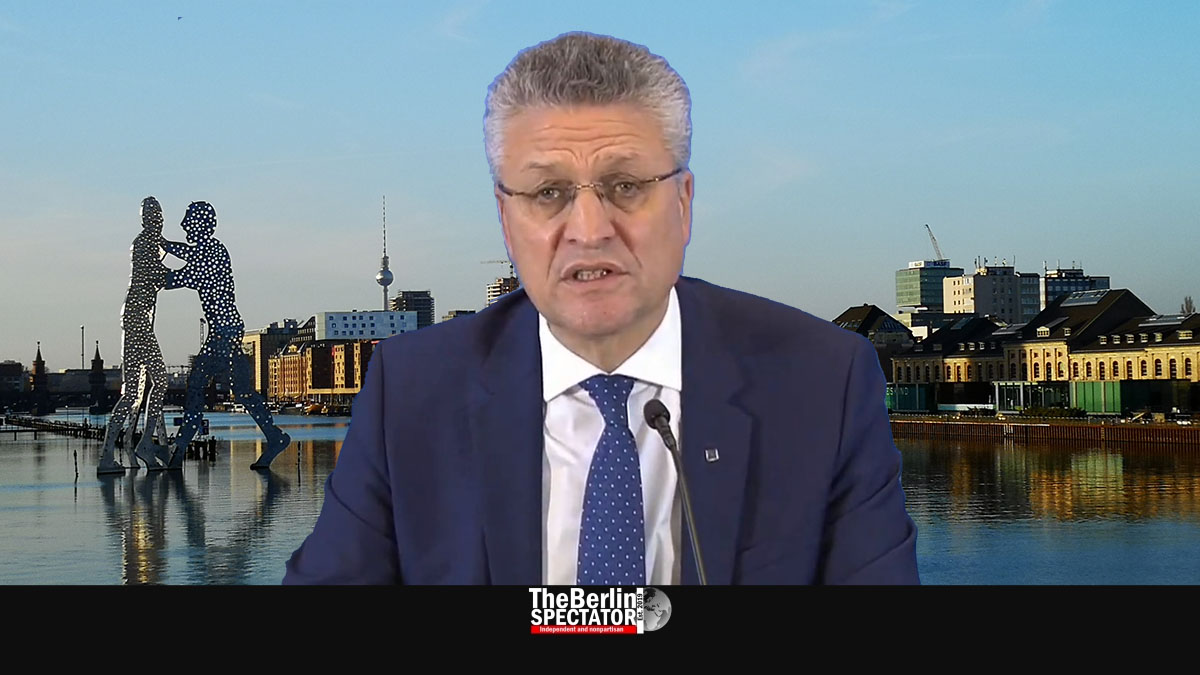 In Germany, the Corona situation is deteriorating as the number of related deaths reached a new high. In the meantime, Germany’s new lockdown commences today.

Berlin, December 16th, 2020 (The Berlin Spectator) — Just hours after Professor Lothar Wieler, the Director of the Robert Koch Institute (RKI), predicted more Corona-related deaths and more new infections, Germany saw what he meant. This morning, a record number of deaths had to be reported. As many as 952 people died of or with COVID-19 within a day. It is the highest number since the crisis began in January.

‘More Serious than Ever’

What new Corona infection are concerned, there were 27,728 of them within 24 hours. But, for technical reasons, it includes Saxony’s new cases from the past two days. Yesterday, they could not be transmitted.

Professor Wieler said in Berlin, the situation was more serious than ever before in this pandemic. At this stage, 22,000 of Germany’s 27,000 ICU beds were occupied. “What we see is the result of the recklessness of some people. Others have to pay a very high price for it”, Wieler stated.

In Berlin itself, one of Germany’s Corona hotspots, 1,129 new cases were reported within 24 hours. More than 1,400 Corona patients are being treated at Berlin’s hospitals, 350 of them in intensive care, out of which 266 persons are on respirators. Berlin’s Seven Day Incidence Number just hit the 200 mark again, after it had decreased to some extent for a while.

What the first COVID-19 vaccine is concerned, the one made by the German company Biontech in cooperation with Pfizer from the United States, the European Medicines Agency will reportedly approve it on Monday, December 21st, 2020. Germany’s Health Minister Jens Spahn said on Tuesday, Germany and Europe had not wanted an emergency approval, but a proper one. Vaccinations will likely commence before this year is over. Most vaccination centers in Germany will be ready to go on Monday.

According to several German-language media, there are 440 vaccination centers in all parts of Germany. Tens of thousands of doctors, nurses and other volunteers are supposed to run them. Thousands of people will be vaccinated per day in each of Germany’s sixteen federal states.

In spite of the vaccine, the distancing and hygiene rules would apply for quite some time in 2021, Spahn explained in an interview with n-tv and RTL. A step-by-step return to normality would likely be possible next summer.

At Germany’s pharmacies, the number of customers more than doubled on Tuesday, because the government started providing free FFP2 masks to elderly people and patients with pre-existing conditions, as promised. There were long waiting lines across the country.

Starting today, Germany’s cities and other areas will be far more quiet because the new lockdown kicks in. Most non-vital shops are closed now. So are many schools and kindergartens. On Tuesday, hundreds of thousands of Germans had used the last opportunity to shop for Christmas presents offline.