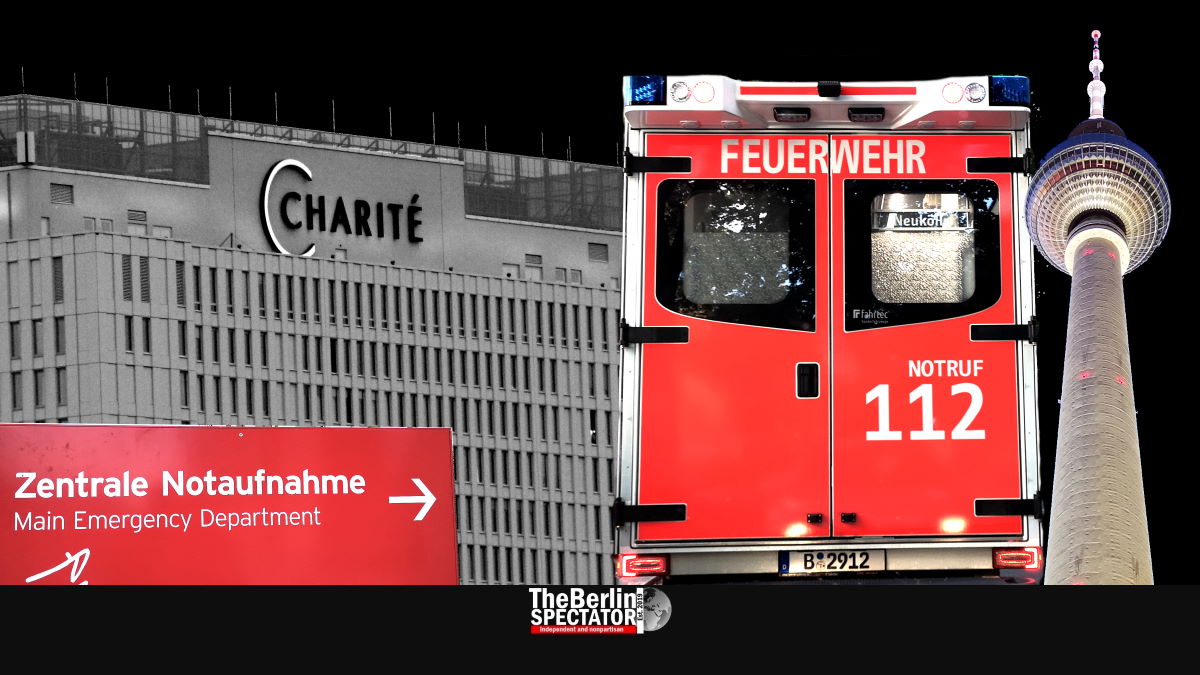 In Germany, the high number of new Corona infections already leads to issues at hospitals in some federal states. Berlin was going to accept 51 Corona patients from Brandenburg province today.

Berlin, December 18th, 2020 (The Berlin Spectator) — On the third day of the second strict Corona lockdown in Germany this year, the Robert Koch Institute announced that 30,277 new Corona cases had been reported in the past 24 hours. The official number was even higher, but it contained 3,500 late registrations from the federal state of Baden-Württemberg. In the same time period, 813 Corona patients died.

These numbers again confirm that the partial lockdown which had been in place in November and the first half of December was not sufficient to curb the Coronavirus. Whether the new, stricter lockdown will be effective remains to be seen. Germany’s Seven Day Incidence Number just rose from 179.2 to 184.8.

In several parts of Germany, including Saxony and Brandenburg, the situation is deteriorating. Because the ICUs at Brandenburg’s hospitals are overburdened already, and since many nurses are infected, the federal state asked the neighboring city state of Berlin for help. Health Senator Dilek Kalayci said Berlin would accept 51 Corona patients from Brandenburg on Friday.

The Senator said, at this stage there were 2,300 vacant hospital beds in Berlin. In addition, an emergency hospital at the German capital’s fairgrounds was set up during the first lockdown in the spring of 2020. It used to have 500 beds. So far, this make-shift hospital is not being used. According to Senator Kalayci, it will be put in service in case the regular hospitals cannot cope anymore.

Berlin’s university clinic Charité announced the postponement of surgeries because it needs more staff for Corona patients. Urgent surgeries will still take place. For instance, cancer patients do not have to worry about theirs. But operations in several wards will be phased down to some extent. An “emergency program” was announced.

In spite of the alarming situation, Corona deniers and anti-vaccinationists intend to stage protests in Berlin. Two thousand participants were registered for a “silent march against discrimination and for human rights” in Berlin’s city center on Sunday. It actually is a rally against vaccinations.

‘Querdenken’, a movement of Corona deniers, is planning a big protest in Berlin on New Year’s Eve, even though protests are forbidden on December 31st, 2020, and January 1st, 2021. The organization announced “legal steps” against the protest ban. For several months now, ‘Querdenken’ has demonstrated against the government’s anti-Corona measures.

At most of the movement’s protests, its members teamed up with Nazis and other haters, including the most famous ones in Germany. Even the latest alarming increase of Corona cases in Germany will not stop the group from protesting against the government’s extensive efforts to protect people from the Coronavirus.