Germany: Weather to Deteriorate After Two Days of Sun and Heat 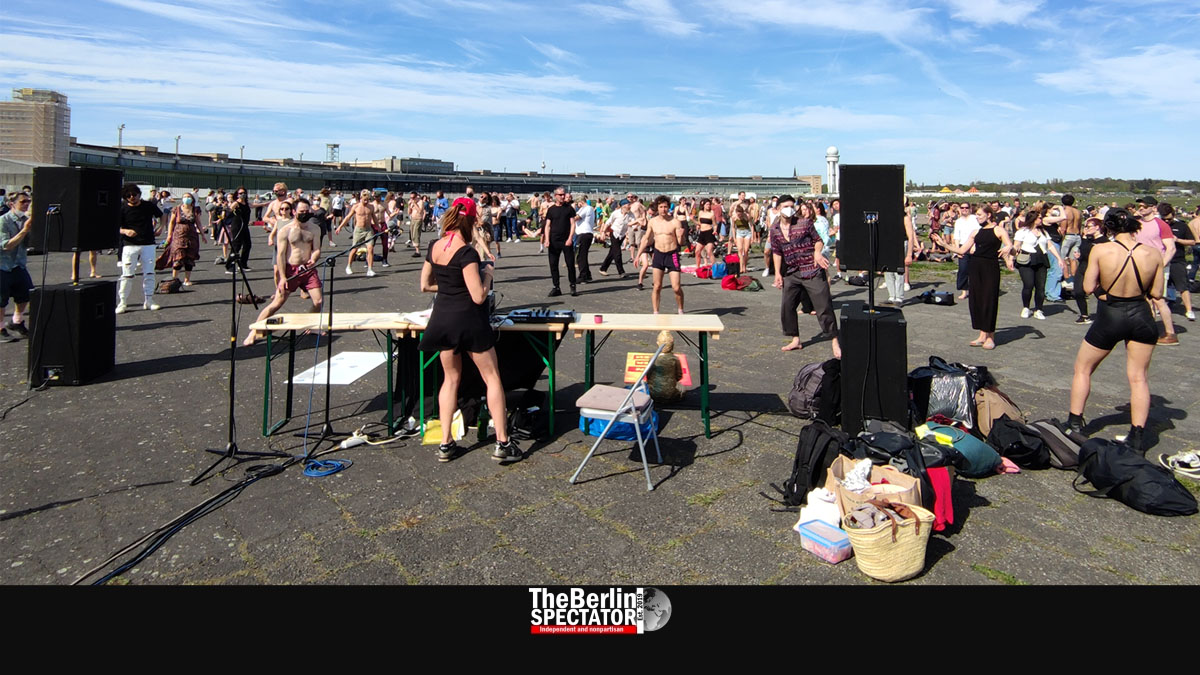 In Germany, a short preview of the upcoming summer is ending. Since Sunday, high temperatures and sunshine had made millions of people invade parks, take walks and ride bicycles. Now, the country is in for rain and cooler temperatures again. The bad weather is coming in from the west. It will last for a while.

Berlin, May 11th, 2021 (The Berlin Spectator) — While Berlin and other parts of eastern Germany may look forward to one more summer day, the western part of the country already needs to open umbrellas again. Wind and rain will hit Cologne and Frankfurt and most of the country on Tuesday. By Wednesday, the downpour is supposed to affect all of Germany.

Sunshine and Beats in Tempelhof

In Berlin, parks were crammed on the first two summer days. People sat down on the grass on Sunday and enjoyed picnics, they took extended walks with their dogs, spouses, partners and children. Some got together with several friends in spite of the existing ’emergency brake’ rules that limit gatherings. People may meet up to one person from another household. Next week, the contact restrictions in Berlin will probably be eased to some extent, if the infection numbers keep on dropping.

At Tempelhof Airport, which was closed to all kinds of air traffic in 2008, thousands of Berliners enjoyed all the sunshine that was hitting them. While most got their overdose of vitamin D on the grass, dozens of people danced to beats played by a DJ who had set up his equipment, including giant loudspeakers, to the south of the former airport’s giant terminal building (see main photo at top of page). Officers watched the activity from a police van parked a few steps away.

In Teltow, a town in Brandenburg, located just south of Berlin, a “cherry blossom stampede” was in progress on Sunday. Thousands of Berliners and Brandenburgers visited the ‘TV Asahi Cherry Blossom Alley’ there and shot millions of photos. The cherry trees there are presents the Japanese TV channel Asahi planted at the Berlin Wall Path after Germany’s reunification.

On Monday, the Sun was supposed to heat up Berlin and parts of Brandenburg to 30 degrees Centigrade (86 degrees Fahrenheit) on Tuesday. Rain and dropping temperatures were forecast for the evening. On Wednesday, Berlin will not get north of 16 degrees C (61 degrees F), forecasters say. A lot of rain is part of the program too. The same applies to the entire country.