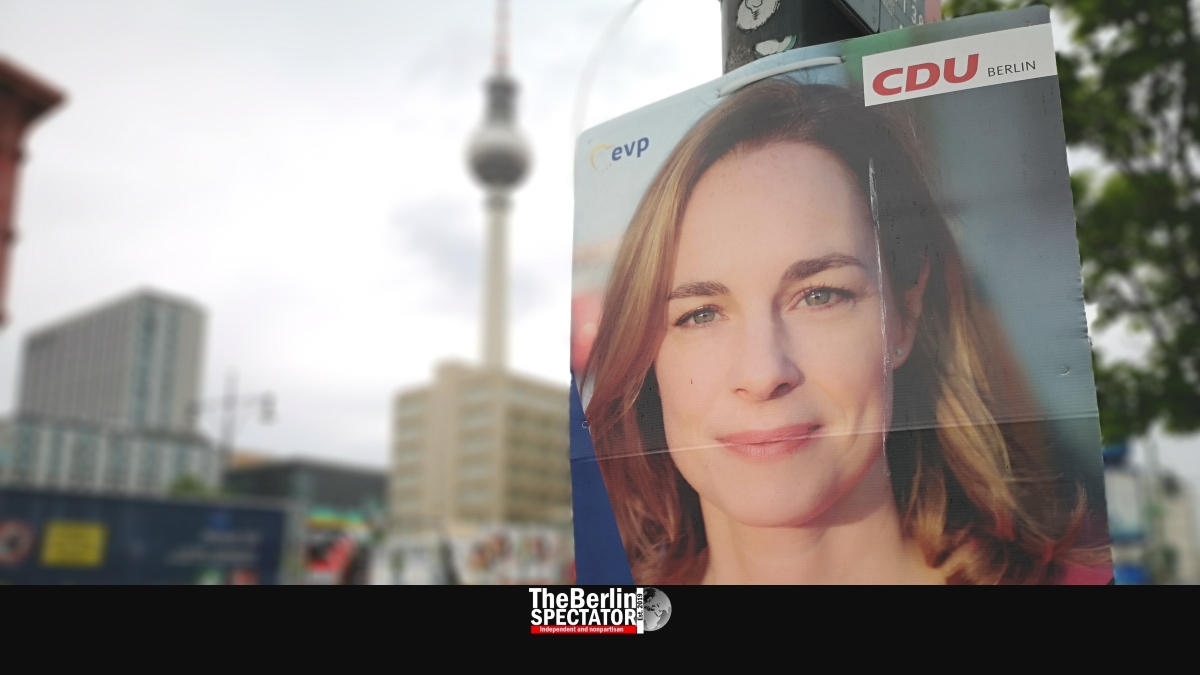 In Germany, the general elections are only 77 days away. Voters will have the choice between many parties. Quite a few of them are unconventional, to say the least.

Berlin, July 11th, 2021 (The Berlin Spectator) — September 26th, 2021, is the date. The result of the elections for the Berlin Bundestag will determine which parties and candidates will be part of the German parliament and how many seats they will have. Once (and if) the expected coalition talks can be completed successfully and the new Bundestag convenes, the MPs can elect the next Chancellor of the Federal Republic. Once this is done, the federal ministers will be appointed.

Dominated by the Pandemic

At this stage, the parties are getting ready for their big campaigns. The Federal Election Committee just approved 53 of them for the elections. Last time, in September of 2017, there had been 48 parties. Back then, 42 of them actually took part. This time, things are very different: A Chancellor who will have governed for 16 years is leaving the chancellery, and politics altogether, while a global pandemic is dominating everything, including politics.

There are nine parties that did not need any signature lists to be part in the elections, because they already have seats at the Bundestag or at least one state parliament in Germany:

>> Angela Merkel’s conservative Christian-Democratic Union (CDU) will be on the ballot.

>> The same applies to its Bavarian version CSU, which runs in the same federal state only.

>> The center-right Free Democratic Party (FDP) is being added to the ballots.

>> The center-left Greens can be picked as well.

>> So is the extremist right-wing ‘Alternative for Germany’ (AfD).

>> Two small parties which are part of state parliaments were approved for the big elections too, namely the ‘Free Voters’ and the ‘Brandenburg United Citizen Movements’.

The other 44 parties the Federal Election Committee approved are not part of any parliaments, and might never be. It is a rather wide range of approaches and ideologies they are representing. Twice, Germany has tried to ban the radical right-wing NPD. Both attempts failed. ‘Der dritte Weg’ (‘The Third Way’) is even more radical, if that is possible at all. According to the SPD’s MP Carsten Schneider, it has a “Nazi and fascist ideology” and should not have been approved. The Commission defended itself by stressing it was not its job to look into the content parties stood for, but rather the formal requirements only.

Radical left-wing parties are part of the list as well. For instance, the ‘Socialist Unity Party’ and the ‘Marxist-Leninist Party’ (MLPD) will be squeezed onto the rather large ballots German voters will receive. The same applies to the ‘Human World’ party, the ‘Garden Party’, the ‘European Love’ party, the Volt movement, the ‘Animal Protection Party’, the ‘Family Party’, the ‘Grey Wolves’, the ‘Grey Panthers’ and a party called ‘Wir 2020’. The controversial former CDU member Jürgen Todenhöfer founded a party which will take part as well. On top of all of the above, there is also a ‘HipHop Party’. Because of difficulties caused by the Corona pandemic, parties needed less signatures for their applications than they usually do.

September 26th, 2021, will be a big day indeed. Apart from the general elections, three state elections are scheduled to take place on the same day in Berlin, Mecklenburg-Hither Pomerania and Thuringia. For the Bundestag elections, people will have two votes, one for the party they want to support and one for the candidate of their choice in their electoral district.