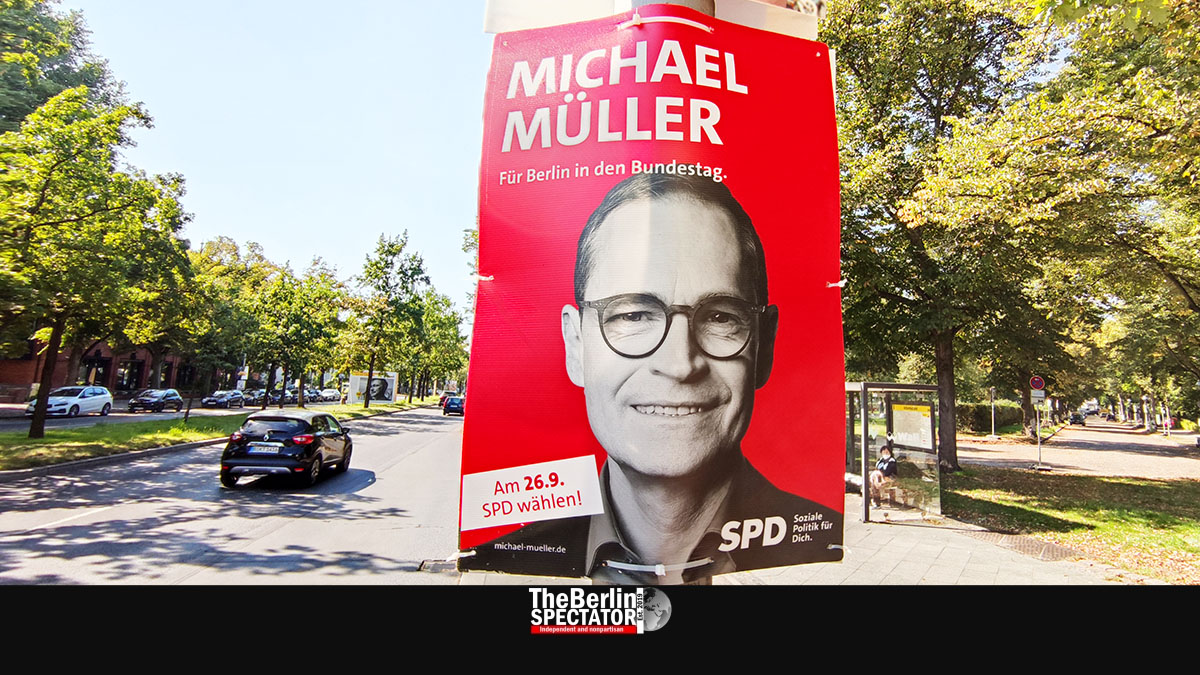 Super Sunday is coming closer and closer. Berliners will have the opportunity to vote until they have cramps in their fingers. Has there been more voting in one go? Probably not. On top of it all, the Berlin Marathon will be taking place, on the same day.

Berlin, September 12th, 2021 (The Berlin Spectator) —  September 26th is a big day in Berlin. First of all, residents can take part in Germany’s national elections for the Bundestag. Secondly, they may vote for or against a dispossession of large real estate companies, in a referendum. Thirdly, there are elections for the Berlin House of Representatives.

Do marathon runners vote? So, why are we asking this question? Because, on top of it all, the Berlin Marathon is scheduled to happen. Its participants will definitely get to their polling stations more quickly than others. Let’s forget this race, for now, because the other one is far more suspenseful. In the most recent polls, some parties are overtaking others at full throttle. Does this mean a wind of change will blow through the city state of Berlin?

The city state’s Interior Senator Andreas Geisel told The Berlin Spectator, he was glad about the way his Social-Democratic party (SPD) was performing in the polls right now, both nationwide and in Berlin. He said this had to do with “our outstanding main candidates, Franziska Giffey and Olaf Scholz”. On the other hand, “these are polls only and we need to fight”, Geisel stressed. “When the polls looked worse, I said the same.”

According to rumors, Franziska Giffey could refrain from reforming the three-way center-left coalition with the Greens and ‘Die Linke’, should she win as projected in the polls, but go for a cooperation with Kai Wegner’s conservative Christian Democrats (CDU) instead. To Senator Geisel, this is not the moment for speculations of this kind. “During the campaign, we are championing for ‘SPD pure’. Should we have the opportunity to form a government, we will look for the coalition partners we have concurrence with”, he told this publication.

So, what are the options for Berlin? The CDU and the center-right FDP will most likely not have enough votes to form a conservative coalition. So, there might have to be some kind of a grand coalition, possibly with a third coalition partner, or a continuation of the coalition the SPD is heading now. Or there might be surprises on election day which could bring about something completely new.

Some changes will definitely be coming. Governing Mayor Michael Müller is heading for the Bundestag, meaning someone else will be setting up her or his office at Red City Hall. Other than that, only psychics are able to predict what kind of situation Berlin is heading for. In the latest polls, Franziska Giffey’s center-left SPD is at 21 to 23 percent, the conservative CDU can expect 17 to 19 percent of the vote, the left-wing Greens 17 to 21 percent, the pro-business FDP 7 to 9 percent and the extremist right-wing AfD 10 to 12 percent.

The question how the referendum might end or who will win the Berlin Marathon cannot be answered right now either. Of course, the same applies to the general elections in Germany. But, in the latter case, the probability for big changes might be a bit higher.