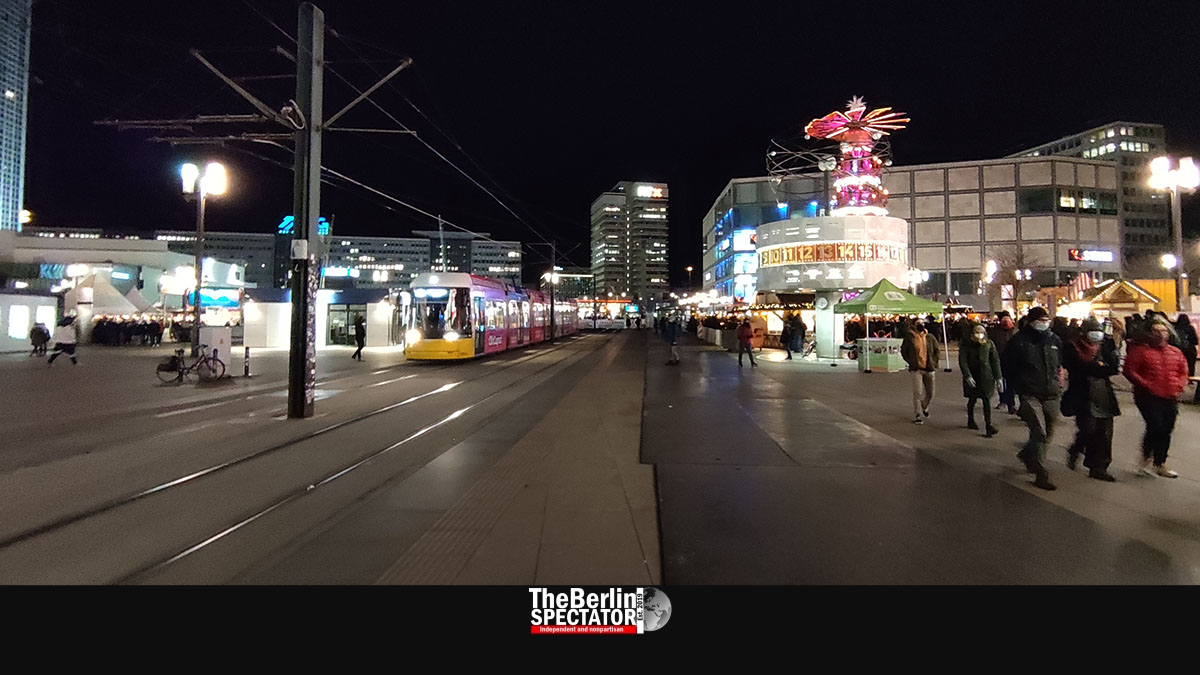 In Berlin, Chancellor Angela Merkel, her likely successor Olaf Scholz and the First Ministers from Germany’s federal states stepped up the fight against Corona. Again, they put in place tighter regulations. This time, it is the fourth wave that needs to be broken.

Berlin, December 3rd, 2021 (The Berlin Spectator) — This week, Angela Merkel, Olaf Scholz and the First Ministers discussed the Corona situation twice. In one case, Scholz informed everyone about a crisis management team he is setting up. Then, on Thursday, uniform rules for the entire country were agreed to. Those may not go far enough, to the opinion of Mrs. Merkel and others, but at least they apply everywhere. Having different rules in different states confuses people, and makes them travel from state to state.

After the latest ‘Corona conference’, a big endeavor was announced: Until this year ends, 30 million doses of vaccine are supposed to be administered. To some, including experts, this sounds like a mission impossible. Scholz’ Corona management team has the responsibility to make sure there is enough vaccine and the scheduled deliveries actually take place. Doctors can involve their dentist colleagues and pharmacists in the vaccination process. There is another new aspect: Persons who got two immunization shots will not be “fully vaccinated” anymore after a while. For this status, they need a booster shot as well.

The federal government will start working on making Corona vaccinations for nurses and caretakers in nursing homes mandatory. In a resolution, the ‘Corona conference’ also took a stand on a general vaccine mandate for everyone. It says the signatories would welcome a quick decision on the matter by the Bundestag. It will likely take until February until the parliament deals with this subject. It has the potential to trigger new protests by Corona deniers and other conspiracy theorists.

More decisions were taken in Berlin: Only vaccinated and cured individuals are supposed to have access to non-essential shops (everything except for supermarkets, pharmacies and drug stores), cinemas, other cultural venues and restaurants. In many states, this kind of rule applies already. In addition, masks and Corona tests may be required. The retail businesses are responsible for enforcing the rule.

Those uniform rules for the entire Federal Republic of Germany also include contact restrictions. Those do not apply to gatherings with vaccinated and cured persons only. But as soon as one unvaccinated individual is part of it, people from one household may gather with up to two persons from up to one other household. Couples count as residents from one household, even when they are not, and children under 14 years of age do not count. These new rules apply in both public and private spaces.

Mrs. Merkel and the other participants also limited the audiences at big events. Large venues may only use up to 50 percent of their capacity. The maximum number of people at indoor events is 5,000. Up to 15,000 may take part in outdoor events. In addition, only vaccinated or cured people have access. In federal states with extremely high Seven Day Incidences, big events can be cancelled. Once the Incidence exceeds 350, which it does in most German counties, clubs will be shut down. In this situation, private gatherings or parties will be allowed with up to 50 people indoors, or with up to 200 outdoors.

Another big decision was taken: The sale of firecrackers and fireworks ahead of New Year’s Eve will be banned, just like last year. An assembly ban is supposed to prevent big parties from taking place that day. Firecracker bans, meaning the use of pyrotechnical products people already own, can be imposed on cities or counties in addition to these restrictions. On top of it all, the federal states will have the right to put in place alcohol bans and to put in place other restrictions.

“Looking at these decisions, you will see that we have understood the fact that the situation is very serious”, Angela Merkel said after the ‘Corona conference’. In the meantime, Germany’s Seven Day Incidence increased for the first time in four days. It stood at 442.1 on Friday. As many as 74,352 new Corona infections were registered within the past 24 hours. The total number of Corona infections in Germany since the crisis began in early 2020 just surpassed the 6 million mark.