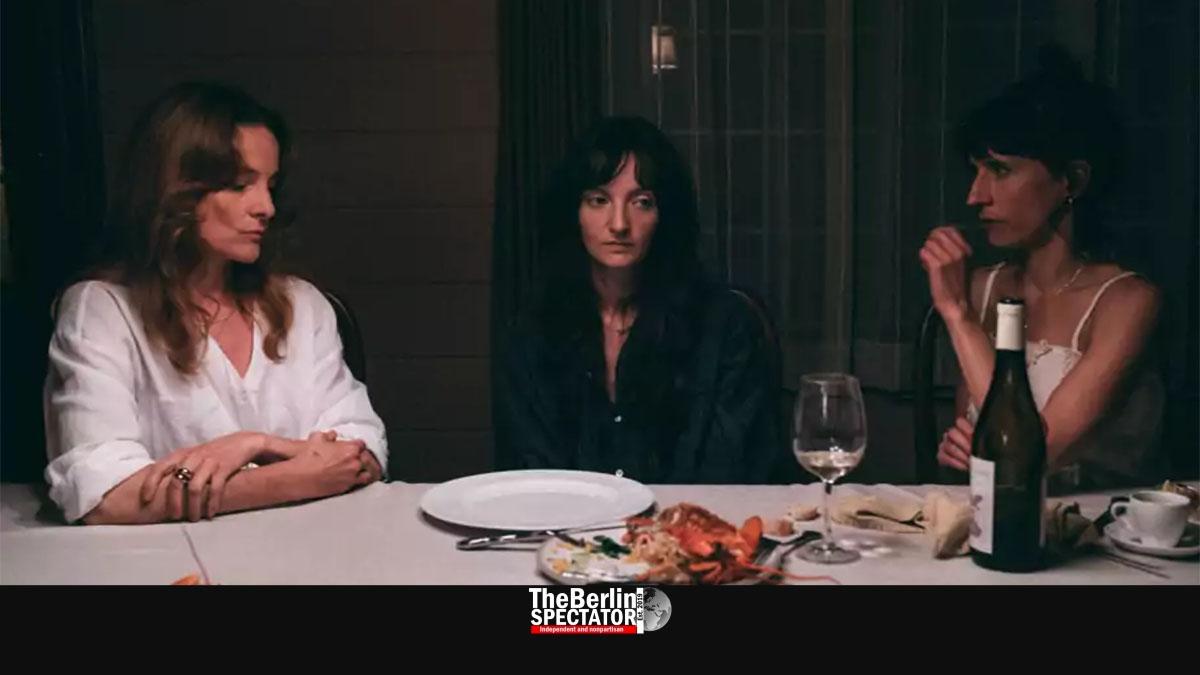 Berlin’s most famous festival, the Berlinale, is not intimidated by the Corona pandemic. The organizers say they will go ahead and let it take place. Eighteen motion pictures are competing for the most important awards.

Berlin, January 20th, 2022 (The Berlin Spectator) — When we hike in the Rocky Mountains, we do not really want to see bears. Those grizzlies look cute on pictures, but scary when they stand right in front of you. In Berlin, things are different. Everyone wants to take home a Bear, but it has to be a Golden or Silver one.

Almost like the Canadian Rockies in the east, the Laurentian Mountains in southern Quebec are a beautiful sight. This is exactly where ‘Un été comme ça’ (see main photo at top of page) was shot by Denis Côté. In Berlin, the Canadian filmmaker is not a newbie, since he has been part of the Berlinale’s competition three times before. His film, the English title for which is ‘That Kind of Summer’, features Larissa Corriveau, Laure Giappiconi and Aude Mathieu in the main roles. In ‘Un été comme ça’ three young women try to tame their intimate demons under the supervision of a German therapist.

This promising Canadian contribution, which will be celebrating its world premiere at the Berlinale, is only one of 18 promising contenders for those Berlin Bears. The list also includes Yin Ru Chen Yan (‘Return to Dust’) by Li Ruijun from China. ‘Call Jane’ from the United States of America is about to have its international premiere in the city of cities. Phyllis Nagy directed this motion picture with Elizabeth Banks, Sigourney Weaver, Kate Mara.

From Bremen to Guantánamo

‘Call Jane’ plays in the Chicago of 1968. It tells the story of the suburban housewife Joy whose pregnancy leads to a life-threatening condition. She finds ‘The Janes’, an organization of women who help her and change her life in the process. Since ‘Magnolia’ in the year 2000, no American film has won the Golden Bear in Berlin. Will it happen again this time? The chances are one in eighteen.

Many European co-productions are on the list of what the Berlinale calls “competition films”. They include ‘A E I O U – A Quick Alphabet of Love’ from Germany and France, ‘Alcarràs’ from Italy and Spain, ‘A Piece of Sky’, which is a German-Swiss cooperation project, and ‘The Line’, a Belgian-French-Swiss film. ‘Rabiye Kurnaz vs. George W. Bush’, another German-French co-production, deals with the mother of a young Turkish man from Bremen who was sent to the Guantánamo Bay Detention Camp. His mother Rabiye Kurnaz fights for his release. At some point, she finds herself at the Supreme Court with her human rights lawyer who becomes a friend.

The people behind the Berlinale Film Festival say they had “developed a new concept”, one which is supposed to protect people and culture from the other big bear known as Corona. The whole thing will be “a ‘2G Plus’ event”. This has nothing to do with G-forces or G-spots, but with the German language. ‘2G’ stands for “geimpft oder genesen“, vaccinated or recovered, and the ‘plus’ says masks and Corona tests are required in addition. Persons who got booster vaccinations will probably not have to show Corona test results.

Now that Berlin registers the biggest infection numbers of all time on a daily basis, the cinemas in which the festival screenings take place will only fill half their seats. What the Berlinale is selling as a thought-out concept actually applies in Berlin’s restaurants and all other cultural venues too. Will it be good enough? The Berlinale’s Directors Mariette Rissenbeek and Carlo Chatrian insist the festival will take place from February 10th to 20th, 2022, in spite of Omicron. Not everyone is convinced though.

The English version of the Berlinale’s website can be accessed here.