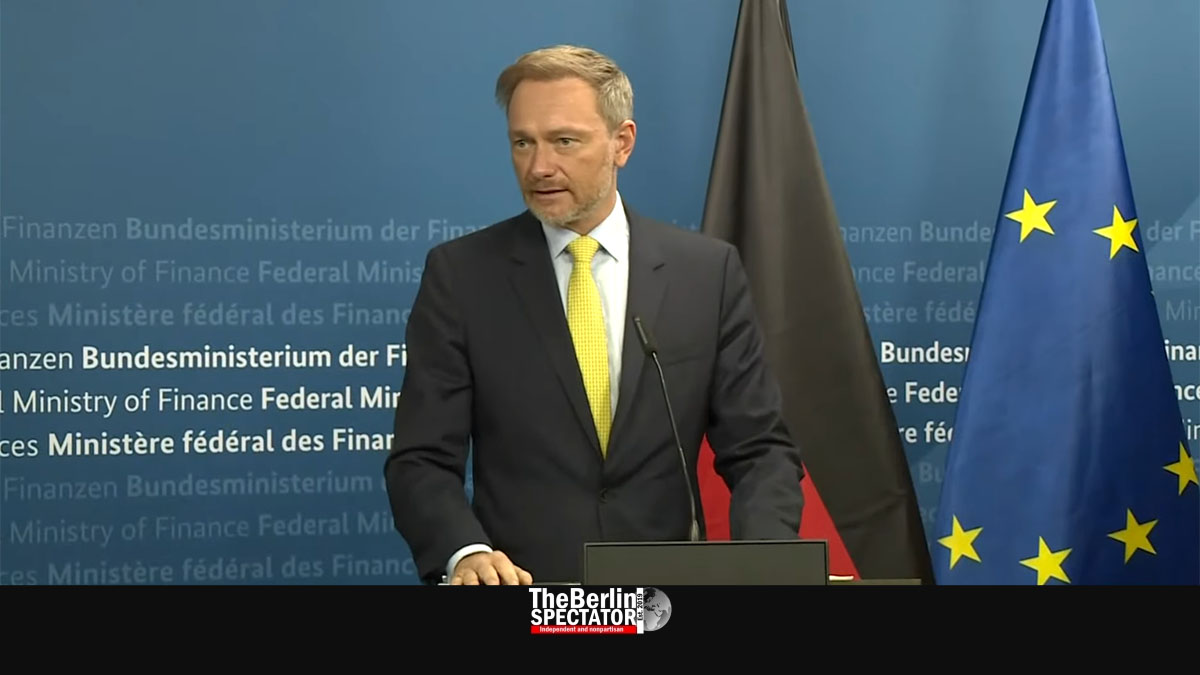 In Olaf Scholz’ government coalition, an argument about relief at the gasoline pump just erupted. Christian Lindner wants to guarantee a gas price that does not exceed 2 Euro per liter. The Greens and the SPD dislike the approach.

Berlin, March 15th, 2022 (The Berlin Spectator) — On Monday, Germany’s Minister of Finance Christian Lindner, who also heads the center-right party FDP which is part of Chancellor Olaf Scholz’ government coalition, stood in front of countless cameras and microphones. He welcomed the sanctions against Russia because of its war of aggression against Ukraine, but conceded those measures had ramifications for Germany. “This is a price we are willing to pay”, he stated.

So far, so good. But Lindner wants relief for German citizens at gas stations. The fuel prices they have been paying there are far more than twice as high as they were only two years ago. In fact, they recently reached all-time highs. The sky seems to be the limit here. At Berlin’s cheapest gas stations, one liter of Diesel was 2.24 Euro (2.47 U.S. Dollars or 1.89 Pounds Sterling) on Tuesday morning. Converted to Dollars per Gallon, this would be 9.31. Yes, 9.31 Dollars per gallon.

Lindner suggested a gasoline rebate. Of course, this would be a very popular move because it would affect tens of millions of Germans in a positive way. The problem the Minister has is that the popularity of his suggestion within the government is basically non-existent. The Greens already dumped one of their main demands, a speed limit on the Autobahn, during the coalition talks. They do not support presents to motorists whose vehicles blow CO2 into the atmosphere. The center-left Social Democrats (SPD) are not too enthusiastic either.

Lindner’s coalition partners say decreasing the gas prices artificially lacked “the social component”. So, they want him to support relief for citizens who do not have cars as well. The discussion behind the scenes is ongoing.

The Christian Democrats, former Chancellor Angela Merkel’s conservative party, which is in the opposition now, wants a VAT reduction on gasoline. But Lindner has a different plan, a rather expensive one. He does not want consumers to pay more than 2 Euro (2.20 Dollars or 1.69 Pounds) at the pump. The Minister insists the state should pay the difference between this limit and the actual price. Of course, this would cost the state billions per month.

Technically, motorists would pay 2 Euro per liter at the gas station. According to Lindner’s idea, the gas station owners would then forward the invoices to the state and receive the difference. At a fuel price of 2.10 Euro per liter, this approach might be sort of affordable, but if they are a lot higher, which they already are, the price would be too high to even mention.

The SPD’s Secretary General, Kevin Kühnert, stated Germany did not need a “stimulus plan for oil corporations”. Some Social Democrats do not see why more wealthy citizens who drive company cars should get the same rebate as apprentices or nurses who go to work in their own vehicles. The Greens like the approach even less. Their Minister of Commerce Robert Habeck prefers a relief program for all citizens which includes other energy prices too, including those shown on heating bills. The discussion continues.