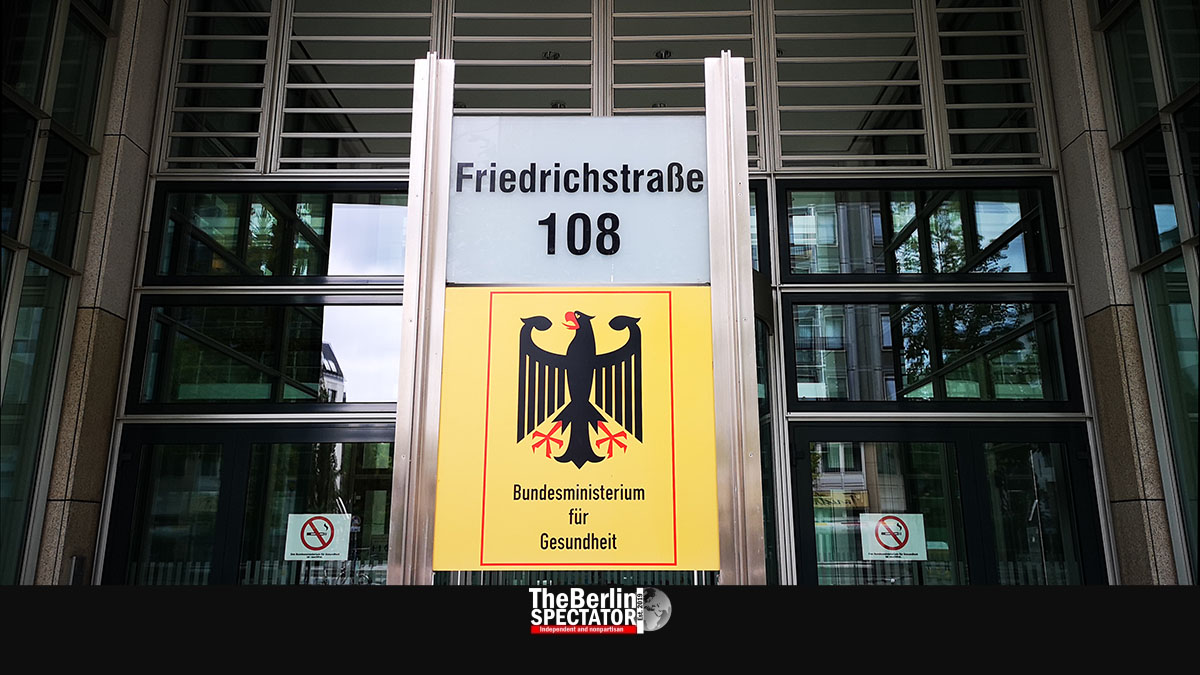 Because of the decreasing number of new Coronavirus infections, the German government just got rid of its Corona Crisis Committee which was headed by Major General Carsten Breuer. The Ministry of Health and other governmental authorities are taking over again.

Berlin, May 12th, 2022 (The Berlin Spectator) — In Germany, the official Corona infection numbers are declining, but still at a very high level. Because only infection cases identified with PCR tests are part of the statistics, the actual numbers are probably a lot higher. Still, the trend is moving in the right direction, which is why the federal government applied a change.

Some five months ago, the new ‘Traffic Light Coalition’, which is Chancellor Olaf Scholz’ government his Social Democrats formed with the Greens and the Free Democrats in December of 2021, decided to set up a Corona Crisis Committee. Its head, Major General Carsten Breuer, has been part of the Bundeswehr’s mission in Afghanistan, in the position ‘Director Current Ops’.

Later, he took over the German armed forces’ Commando for Territorial Tasks in Berlin. In this role, he organized the support the Bundeswehr provided to local health authorities all over Germany earlier in the ongoing Corona crisis. Then, he was appointed head of the Corona Crisis Committee. Its main task was to make sure the Corona vaccination campaign would run smoothly. By now, far less Corona immunizations are being administered, also because Germans who wanted be vaccinated already got their shots.

For the government, spokeslady Christiane Hoffmann stated the decision to disband the Committee should not be misunderstood. It was clear that the pandemic was not over. The Committee’s task had now been returned to the usual authorities within the federal government. The Corona Expert Council which the government set up as well, when it took over late last year, still exists. It is working on a preview of the Corona situation Germany might have to expect in fall and winter.

Germany’s Corona numbers still do not look good. Since yesterday, 88,961 new infections were registered. The country’s Seven Day Incidence decreased slightly, to 502.4. At the peak of the ongoing Omicron wave, on March 24th of this year, it had reached 1,937.9. One hundred and ninety-seven persons died of COVID-19 in the past 24 hours.

The number of Corona patients in intensive care keeps on decreasing. In early 2021, when the Delta variant of the Coronavirus was still spreading, it had reached a peak of 5,772. On December 10th, 2021, the number had been 4,947. Today, 1,034 Corona patients are in intensive care at hospitals all over Germany. Three hundred and ninety of them are connected to respirators.

The Berlin Spectator needs your support.
There are two ways to contribute, as you can see on our Donations Page.
Donations received in the past days:
May 11th: 0 Euro
May 10th: M.C., 5 Euro
May 9th: 0 Euro
May 8th: M.G., 5 Euro
Thank you!
We also thank our 16 regular supporters who donate about 8 Euro per day, in total.
In order to become a stable project, this publication needs at least 40 Euro per day. Would you consider becoming a supporter on Paypal (one-time or monthly donations) or a patron on Patreon (monthly donations)? Thank you very much.