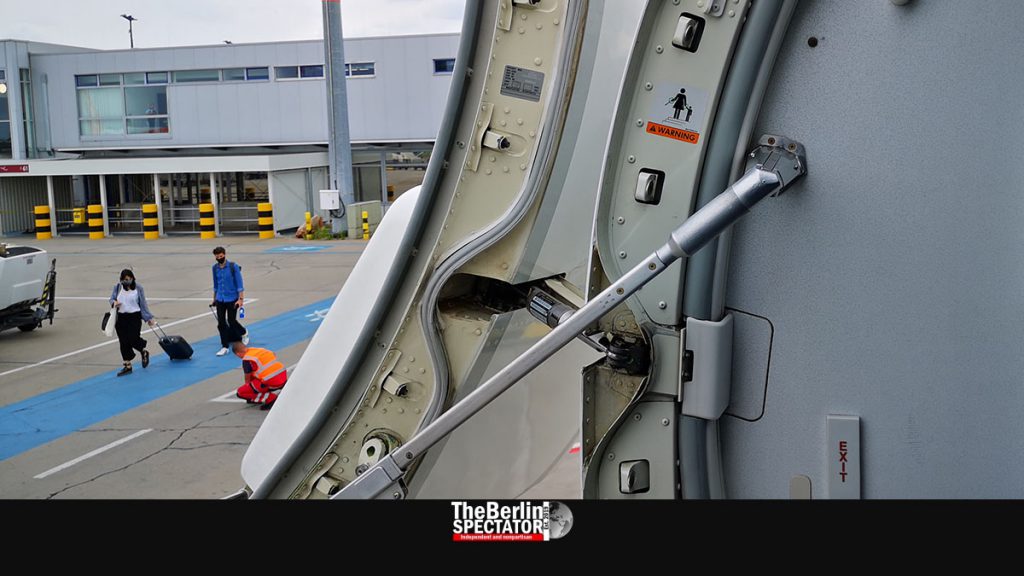 Less than two weeks after a first warning strike, pilots employed by Lufthansa’s subsidiary Eurowings are about to go on strike again. This time, it is supposed to last from Monday to Wednesday.

Berlin, October 15th, 2022 (The Berlin Spectator) — For its members, pilots who work for Eurowings, the union Vereinigung Cockpit (VC) demands a new framework agreement that would improve their employment conditions. If the union gets its way, it will include a reduction of the maximum flight duty times as well as longer resting periods. According to VC, the pilots are overworked.

So far, Eurowings is rejecting those demands. A first warning strike took place nine days ago, on October 6th. As a result, about half of Eurowings Germany’s flights did not take off. Berlin Brandenburg Airport (BER) in Schönefeld was affected. So were the airports in Cologne, Düsseldorf and Stuttgart. Apparently, this latest strike did not get rid of the deadlock the talks between VC and the airline ran into earlier this month.

This time, the union intends to apply more pressure on the employers. That is why the next strike is supposed to last for three days, from Monday at 00:01 a.m. to Wednesday at midnight. If the two sides do not strike a deal before the strike is supposed to commence, it will probably cause yet another mess as several German airports and big losses for Eurowings.

At this point, it does not look like there will be an agreement this quickly. According to Eurowings, VCs demands are overblown. If implemented, they would jeopardize jobs and lead to a reduction of flights. From the perspective of the union, the airline is playing for time. This was why a strike was necessary.

Because of the first strike, as many as 250 flights had to be cancelled. About 30,000 passengers were affected. They had to change their travel dates or take flights on other airlines. Back then, only pilots who work for Eurowings Germany went on strike. Eurowings Europe and Eurowings Discover were not affected. The same will apply next week.

VC’s pilot strikes are taking place during a time of recovery in the aviation business. BER Airport just announced a new passenger record for September. Exactly 2,066,204 passengers had been counted last month, the airport’s management announced. BER Airport was inaugurated in October of 2020, when the Coronavirus basically shut down aviation for a while. At Berlin’s and Brandenburg’s former airports in Tegel and Schönefeld, more than 35 million passengers had been counted in 2019, the last year before Corona hit. It will likely take years until this level can be reached again.