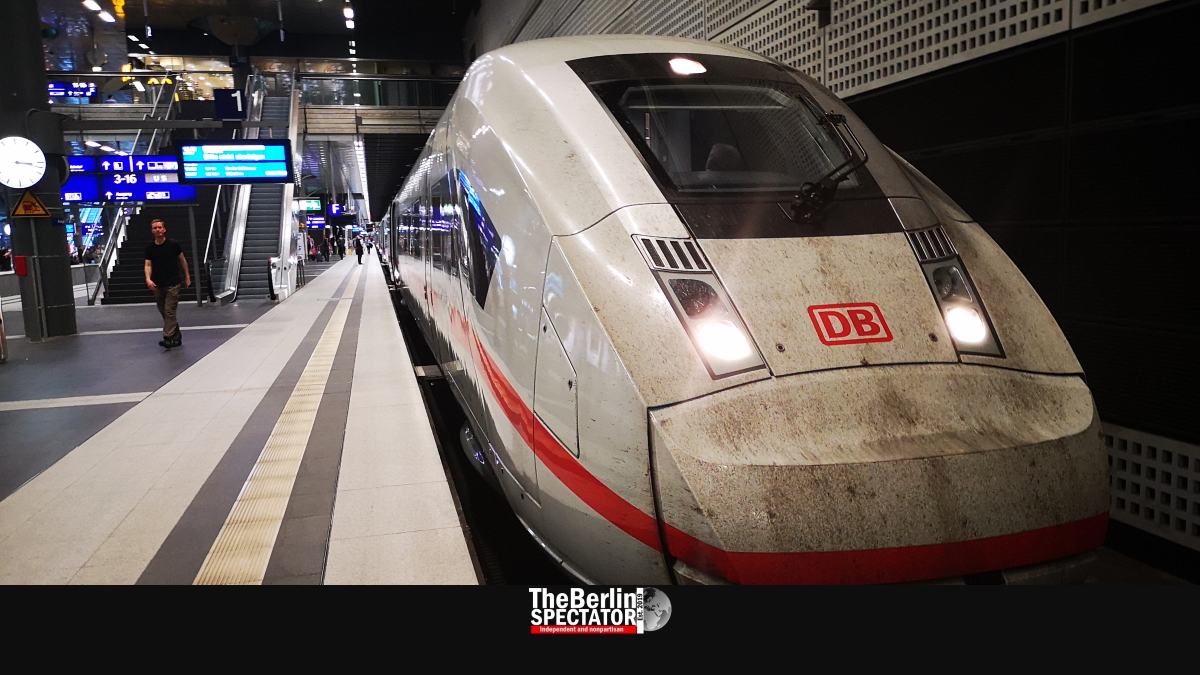 Update December 16th, 2019: An agreement on decreasing the VAT for train tickets was reached today. Deutsche Bahn might therefore decrease its fares in January of 2020.

Whenever Deutsche Bahn introduced new train schedules, the state-owned railway company used to include substantial ticket price hikes. Not this time. While the number of connections and the comfort will increase, the fares will remain the same. Deutsche Bahn’s economy price tickets will even become cheaper.

It looks like Europe’s largest railway company is rewarding its passengers by passing on an announced tax relief on train tickets to its customers. As part of its so-called Climate Package, the VAT on train faires is supposed to be lowered from 19 to 7 percent, while flight ticket prices will increase.

At this stage, the federal government’s promises have not been implemented. After the Berlin Bundestag, the Bundesrat, which is the legislative body that represents Germany’s sixteen federal states, still needs to approve the Climate Package. Also Berlin is trying to figure out how to compensate the lower income it expects because of the measure.

In case the government actually implements the VAT decrease by Christmas, Deutsche Bahn wants to reduce fares right now, starting on January 1st, 2020. If not, the passengers will have to wait longer. Once the lessened VAT lowers the fares, five million additional passengers per year will be boarding trains. They would increase Deutsche Bahn’s income and lead to investments which benefit everyone, the company says.

While the fare policy is still being figured out, the new schedule includes improvements which do make travelling by train more attractive than it is already. “On Sunday, we will open a new long distance route”, Berthold Huber, a high-ranking Deutsche Bahn manager, told the German press. “We will condense the frequency on important routes and we are adding new, attractive destinations in neighboring countries.”

Deutsche Bahn is adding trains to its connections between Hamburg and the Rhine-Ruhr metropolitan region. The new ‘Inter City’ route from Dresden to Rostock, via Berlin, is being inaugurated. At first, ten trains per day will be taking that trip. Starting in spring of 2020, they will leave every two hours.

At the same time, more ‘Inter City Express’ (ICE) trains, which are Deutsche Bahn’s lightning fast bullet trains, from Berlin to Munich, via Erfurt, and from Berlin to Frankfurt, via Braunschweig, will be added. Those connections will be available on an hourly basis.

There is a lot more: A new cooperation with the main Czech and Austrian railway companies will lead to the establishment of a new international connection from Berlin to Graz (Austria), via Dresden, Prague and Vienna, starting in May of 2020. Deutsche Bahn also announced it would speed up its Berlin – Warsaw connections.

On top of it all, Deutsche Bahn is purchasing new ICE trains like crazy. Every four weeks, a new one is being put on the tracks. Recently, as many as 137 new ICE trains were ordered. More than 300 of them will be racing back in forth in Germany in 2020.

Deutsche Bahn’s passengers will receive some kind of a Christmas or Hanukkah present: With the new schedule, Deutsche Bahn’s economy price ticket will be cheaper than before. Those special offers, which can be found online, in ticket machines or at ticket counters, used to be 19.90 Euro. Now they will be 17.90 Euro (19.90 U.S. Dollars or 14.94 Pounds Sterling).

Passengers who purchase their tickets well in advance have better chances for encountering those economy tickets. They can apply to any trip within Germany, no matter how many miles it covers. Of course the contingent is limited.

There is a problem too. As Deutsche Bahn passengers know, German punctuality does not seem to apply to trains. In 2018, only 74.9 percent of all long distance trains were punctual. In 2019, they were supposed to improve by 1.5 percent. But, as it turns out, Deutsche Bahn will miss that goal.