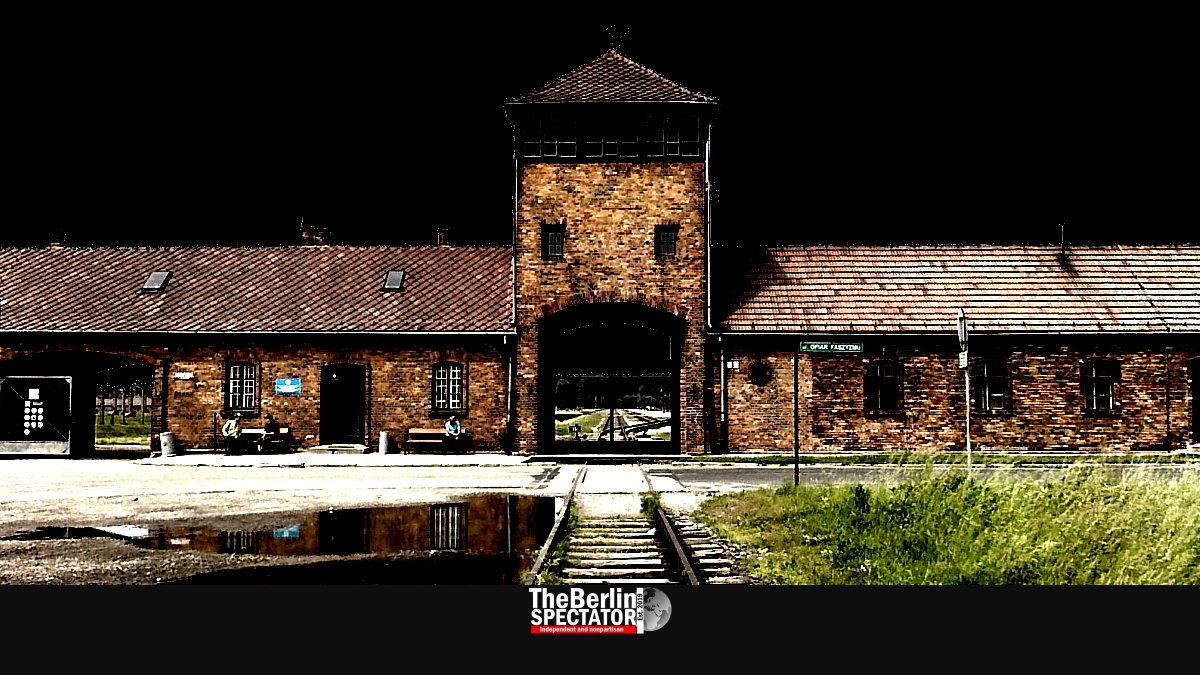 Only 75 years after the liberation of Nazi Germany’s death camp in Auschwitz-Birkenau, one in five Germans believes the role the Holocaust plays in Germany’s culture of remembrance was too big, a recent poll unveils. Just as many years after Nazi General Jodl signed Germany’s declaration of unconditional surrender, antisemitism has become a major problem yet again.

The Central Council of Jews in Germany represents the rather small Jewish community in this country with some 100,000 members. Ahead of the liberation anniversary which is being observed in Auschwitz today, the organization said that, to many Germans, the crimes committed by the Nazis back then were far away. To Jews, on the other hand, they were very close and always would be.

Passing on the Victim’s Memory

“We are commemorating our family members whose lives were wiped out in the most cruel manner”, the Central Council stated. “In the the following generations, the traces of the Shoah are still visible.” From contemporary witnesses, the Jews had inherited the task to remember them and to pass on their memory. This was a responsibility that would last.

“We also commemorate the Jews who fought in the Allies’ armies and liberated Germany”, the Central Council of Jews said. Many of them had lost their lives. “Today, not many Holocaust survivors are with us anymore. Making sure they can spend their evening of life in dignity is our obligation”, the statement read.

“Germany as a whole has this obligation. The suffering of the victims of the Nazi’s crimes cannot not be indemnified. Because of its past, Germany has a special responsibility for the protection of human dignity, for a tolerant society and for Israel”, the Council said.

The organization’s president Joseph Schuster said that for decades, there had been a consensus in Germany according to which the commemoration of the Shoah was raison d’état. “But this consensus is crumbling. If we do not counteract now, our democracy could be seriously endangered.”

“This year of commemoration, we need to pool our strengths in order to entrench the Shoah in people’s heads again”, Schuster stated. “This is not only about the future of the Jewish community, but the future of Europe. Whoever knows the abyss of Auschwitz will never hazard human dignity.”

Apart from the German Jews themselves, the country’s Foreign Minister Heiko Maas made a statement on Sunday, in an opinion piece published by the ‘Spiegel’ weekly. He said there had been 400 assaults, including violent ones and verbal attacks, against Jews in the past six months, in Berlin alone. Considering those numbers, the fact that one in two German Jews had already thought about leaving the country was not a surprise.

“We urgently need to take counter measures”, Maas wrote, “in order to make sure those thoughts do not become a bitter reality.” The Foreign Minister said it was “a nightmare” that Jews did not feel at home anymore “in our country”. Seventy-five years after Auschwitz, this was a disgrace.

In the past months, Maas was criticized quite often from within the Jewish community in Germany. This had to do with his support for the so-called Iran deal with a regime which openly says it wanted to “wipe out” Israel, and with the fact that Germany keeps on voting for anti-Israeli resolutions brought in by Arab regimes at the United Nations.

In Berlin, the Bundestag will have its own commemoration event on Wednesday morning. Germany’s President Frank-Walter Steinmeier and his Israeli colleague Reuven Rivlin will speak. The German capital’s Governing Mayor Michael Müller will be one of the guests of the event. Seventy-five years after the Soviet army liberated Auschwitz, Müller said it was a disgrace that “we Germans” had not “liberated ourselves from the Nazi dictatorship and its ideology.”

Considering the country’s history, the Germans, and in particular Berliners, were happy and thankful for the fact that there was communal life with Jewish compatriots and for the existence of many Jewish facilities, Governing Mayor Müller stated. It was Germany’s, its authorities’ and civil society’s duty to protect this coexistence.

President Steinmeier will take part in the main anniversary event in Auschwitz today. At the former death camp, which is a memorial site now, representatives from as many as 55 countries are expected this afternoon. In addition, international organizations such as the European Union and the United Nations will be represented.

Israel’s President Reuven Rivlin, who held a moving speech at the Holocaust Forum in Jerusalem the other day, will be there. So will Ronald Lauder, the President of the World Jewish Congress and of his own Ronald S. Lauder Foundation. He will speak on behalf of the organization Pillars of Remembrance. Holocaust survivors are coming to the commemoration event as well.

Chancellor Angela Merkel and the Polish Prime Minister Mateusz Morawiecki will speak at Berlin’s State Opera tonight, at a concert and commemoration event. Afterwards, Daniel Barenboim will be conducting a concert that involves Arnold Schönberg’s piece ‘A Survivor from Warsaw’ and Ludwig van Beethoven’s 3rd Symphony.

While parts of the world are commemorating the victims of the Holocaust and the liberation of Auschwitz, suspected Nazi war criminals are still on trial. In Hamburg, Bruno D. is being accused of complicity in murder in as many as 5,230 cases as a former guard at the Nazi death camp Stutthof. On Friday, the testimony of a former inmate from Norway was read at the court.

Johan Solberg, who is 97 years old today, said he had seen how wagons with dead bodies had been pushed to the camp’s crematorium. A man had pulled the victim’s gold teeth out of their mouths. Solberg said he had seen the execution of juveniles.

In spite of it all, one in five Germans believes there was too much room for the commemoration of Holocaust victims in the country’s culture of remembrance. About a quarter of all citizens have antisemitic ‘views’. And a party that says Germany should be proud of “the achievements” of its soldiers in both world wars, the ‘AfD’, is part of the Berlin Bundestag and the regional parliaments in all 16 federal states. The memorial at the former concentration camp in Buchenwald just banned members of the ‘AfD’s Bundestag caucus from taking part in a commemoration event there.