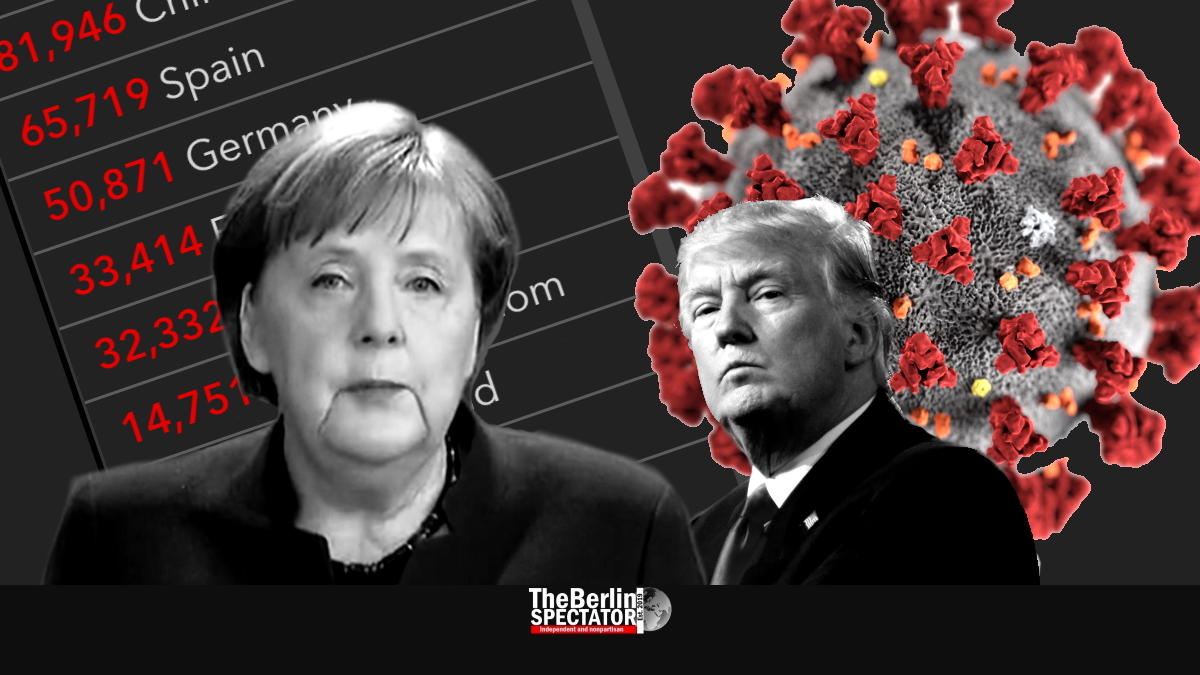 In Germany, the number of persons infected with the Coronavirus has doubled in six days, tripled in nine days and quadrupled in ten. Also there are twice as many deaths caused by the virus than there were four days ago. So far, no good signs have been seen.

The city state of Berlin reminded its residents to adhere to the ‘contact ban’ and other rules. Ahead of a sunny and warm Saturday, Interior Senator Andreas Geisel told Berliners picnics were not allowed either. Police would monitor the situation, remind people of the rules and “deal with stubborn deniers”.

In north-western Germany, the authorities have similar plans. The city state of Hamburg and the province Schleswig-Holstein intend to monitor the situation on the roads and enforce the entry ban into Schleswig-Holstein for tourists. The federal state’s first minister Daniel Günther reminded owners of holiday apartments from other parts of Germany that even they were not allowed not enter his state.

While remaining in quarantine herself, Chancellor Angela Merkel had a phone conversation with U.S. President Donald Trump on Friday. The two heads of government had discussed the ramifications of the Corona pandemic, a statement on the German side of that phone line read. They had agreed to staying in touch and to cooperate whenever possible, as the situation in the U.S. kept on deteriorating more than in any other country in the world.

On Saturday morning, Merkel sent a “greeting to all who combine living and home office work” on the telephone. The Chancellor said she was one of them. “You are not sick, but still at home (…) in order to protect others from the potential danger of an infection.” It was possible to combine work and caring for children, Merkel, who has no kids, said.

Chancellor Merkel said she was “very aware” of the fact that it was difficult to deal with the contact restrictions and thanked the “large majority” of Germans who were adhering to the rules. She reiterated the rules had been put in place to slow down the spread of the virus. This was the only way to try to make sure Germany’s health system was not overburdened.

Germany’s armed forces, the Bundeswehr, is getting ready to help in the biggest crisis the Federal Republic has gone through since its foundation in 1949. A spokesman stated this was about preparing a contingent of soldiers for an aid operation. The participants are part of different divisions within the Bundeswehr.

According to the ‘Spiegel’ weekly, as many as 15,000 soldiers are supposed to join the endeavor. About one third of them will be responsible for protection tasks, 6,000 for “supporting the population”, and several hundred for traffic tasks and disinfection. Another 2,500 Bundeswehr soldiers with 500 trucks will be dealing with logistics and transport.

Germany’s Defense Minister Annegret Kramp-Karrenbauer said in an interview with the ‘Frankfurter Allgemeine Zeitung’ (FAZ) daily, the Bundeswehr would not enforce the ‘contact ban’ in Germany or dissolve ‘Corona parties’. There was no legal basis for anything of the kind.

Kramp-Karrenbauer also warned Russia and other states by saying they should refrain from cyber attacks and from spreading fake news during the Corona crisis. In the FAZ interview she said the fight against the virus was a task for humanity, and independent from ideologies. State propaganda needed to pause now, people needed to get help instead. Aid offers from abroad had to be accepted, Kramp-Karrenbauer said.

In the meantime, the discussion about the right moment to lift the ‘contact ban’ in Germany does not cease. Residents in all sixteen federal states are not allowed to gather in groups or leave their homes without good reasons. They may take walks alone or in pairs though, they can shop for food, go to pharmacies or to work.

On Thursday, Chancellery Minister Helge Braun had started talking about an end to the measures by saying young people could possibly be allowed to go back on the streets first. On Friday, he made clear there was no use in talking about an end of the ‘contact ban’ before April 20th. So far, the government had said the situation would be looked at after two weeks, meaning on April 5th of 6th.

While there seem to be different ideas on this question within the federal government, and even in the Chancellery, the First Minister of Baden-Württemberg, Winfried Kretschmann, said a debate about the end of the ban should not commence before the week after next.

In Germany, the wave of solidarity shown with Italy and France is not ending. After Saxony, Rhineland-Palatinate, Saarland and Berlin, Hamburg announced it would accept patients from the two countries. Ten Italians will be treated at the Asklepios Clinic in Hamburg’s Harburg district, and two French citizens were expected to arrive at the University Clinic Hamburg Eppendorf.

The number of Coronavirus cases in Germany stood at 50,871 on Saturday in the early morning, according to data provided by Johns Hopkins University. At 10:40 a.m., there were 53,340 cases. The number of related deaths stood at 395. It is unclear how many former Coronavirus patients have been cured because doctors are not required to report them.