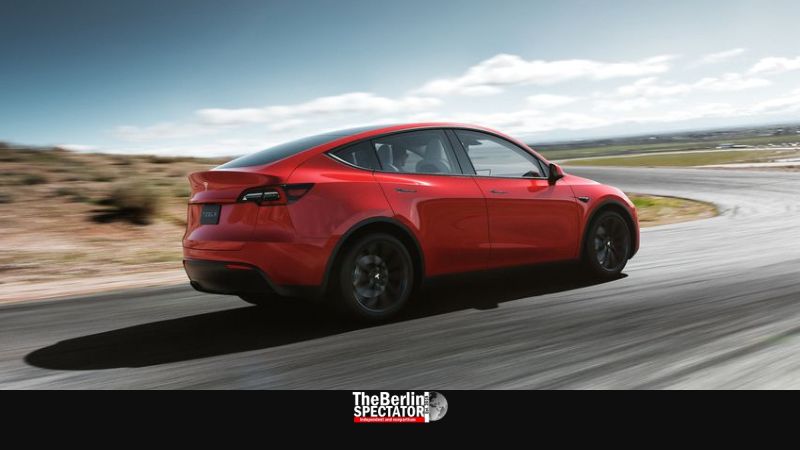 At its factory in Brandenburg, Tesla intends to manufacture its Model Y. Now it turns out the first Tesla that carries the ‘Made in Germany’ label will not be just any Model Y, but the ‘Berlin Model Y’.

Tesla is extending its model range systematically. The 2008 Roadster was a Lotus Elise the Americans experimented with, by squeezing electric motors and batteries into it. It was the vehicle that proved that the company could actually do what CEO Elon Musk had announced.

In spite of the experimental aspect, the 2008 Roadster will have a successor later this year, namely the 2020 Tesla Roadster. It features a killer design, meaning it looks like a futuristic super sports car, which is exactly what it is. No Ferrari, Lamborghini or Bugatti will be able to keep up with it. Accelerating from 0 to 60 mph (0 to 97 km/h) in 1.9 seconds is nothing less than sensational.

The Model S is Tesla’s full-size “sedan”, as the Americans call it. From a European or German perspective, it is a large limousine. On its basis, Tesla built the Model X, a rather large mixture between an SUV and a limousine, with falcon wing back doors. All vehicles Tesla builds are fully electric, all of them have a range most other e-car makers can only dream of.

For the Model 3, a smaller “sedan” or limousine, Tesla dropped its letter concept for model names, only to pick it up again for the SUV mix built on its basis, the Model Y. Both are more affordable than their big brothers, the Models S and X. They are still sort of large from a European perspective, which is another positive aspect.

Calling a new vehicle a “revolution” is something the auto industry loves to do. This is what Volkswagen calls its ‘ID.3’. This “third revolution” after the Beetle and the Golf is VW’s first fully electric production car that was developed for that purpose (read separate article ‘Germany: Volkswagen to Deliver ‘Third Revolution’ in September‘).

When Elon Musk, the man behind Tesla, the guy who founded Paypal and sends NASA astronauts to the International Space Station with SpaceX, uses the word “revolution”, he better be taken seriously. The other day, Musk tweeted the following answer to an article on the Model Y: “Berlin Model Y is the one to watch. That is a revolution in automotive body engineering (finally).”

The article on the ‘Tesmanian’ website, and another one on cleantechnica.com, said the first Model Y in Sweden had been registered by Volvo, for “reverse engineering” purposes. Who would order a brand new Tesla and then take it apart, part by part? Well, Volvo would, in order to learn about – and from – improvements Tesla made since the Model 3.

Volvo is not just any auto manufacturer that would just want to expand its general knowledge. The company is actually very much involved in the Polestar project. This subsidiary is building what the German press calls “Tesla hunters”, electric vehicles that are comparable to those Tesla manufacturers, meaning Volvo is a direct competitor.

Back to Tesla: The construction of its new ‘Gigafactory’ in Freienbrink, an industrial park located just south of Berlin, in Brandenburg province, is being prepared right now. In a year from now, the first ‘Berlin Model Y’ vehicles are supposed to come off the assembly line here.

Of course, Elon Musk has high hopes for Tesla in Germany. But this is not just about selling vehicles made in Germany or being present with a factory in good old Europe, but also about including German engineering by hiring talent on site. The technical novelties Tesla might come up with in future, once the German endeavor is up and running, including in the field of body engineering, might justify the label ‘revolutionary’ indeed.