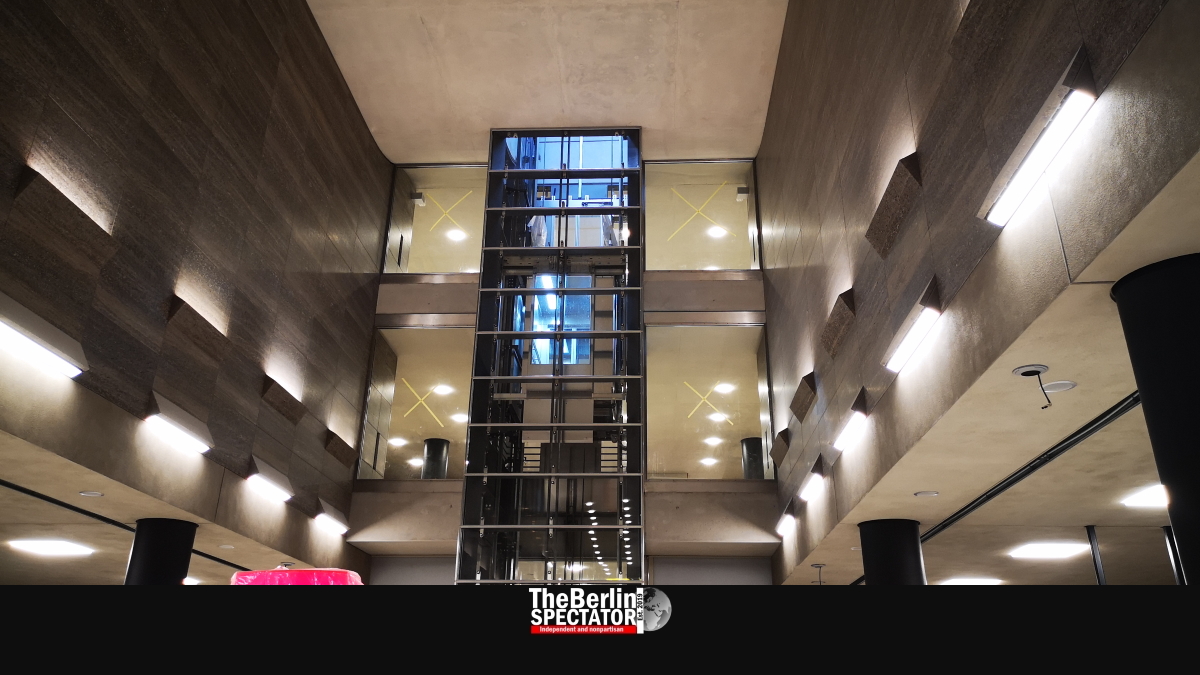 On December 4th, 2020, the missing link on Berlin’s ‘U5’ metro line is scheduled to be inaugurated. There are three new stations. One will be closed for good.

The new stretch connects ‘Alexanderplatz’ station to Brandenburg Gate. Between those two spots, the new stations are ‘Rotes Rathaus’ (Red City Hall), ‘Museumsinsel’ (Museum Island) and ‘Unter den Linden’ (see main photo at top of page). Red City Hall station is ready to rumble. So is ‘Unter den Linden’, where the ‘U5’ and ‘U6’ lines connect.

‘Museumsinsel’ is a different story. It will take another year until it can be opened. In this particular case, the construction was a nightmare. They had to freeze the ground in order to be able to do it (read separate article ‘Berlin’s New ‘U-Bahn’ and the Light at the End of the Tunnel‘).

The BVG has set up ten ‘info points’ between ‘Alexanderplatz’ and Brandenburg Gate, in order to show passengers what they can expect. For instance, Brandenburgers will be able to go straight to Berlin’s central station from the village of Hönow, without changing trains.

Back to ‘Ghost Station’ Status

‘Französische Strasse’, the station that will be shut down, was opened on January 30th, 1923. By the time they lock it and throw away the key, it will have served Berliners for almost 98 years. Its entrances are located on ‘Friedrichstrasse’, part of which was turned into a pedestrian zone.

When the Berlin Wall was built in 1961, ‘Französische Straße’, which was located in East Berlin, the capital of the communist GDR, became a ‘ghost station’, meaning trains would just race through it without stopping. Now the station is about to go back to that status, for different reasons though.

On a quiet Sunday in August of 2020, nothing much happened down there in the station. Two homeless men, one of them without legs, played games on their cell phones. One entrance was already locked. A small hall in front of it was extremely dirty and smelled terrible.

Those three new stations are the exact opposite. They could not be more elegant and shiny, for now. Right now, the total number of ‘U-Bahn’ stations in Berlin is 173. Starting on December 4th, it will be 174 (plus two, but minus one). Next year, 175 ‘U-Bahn’ stations will be part of the network.

Related feature: ‘Berlin’s New ‘U-Bahn’ and the Light at the End of the Tunnel‘