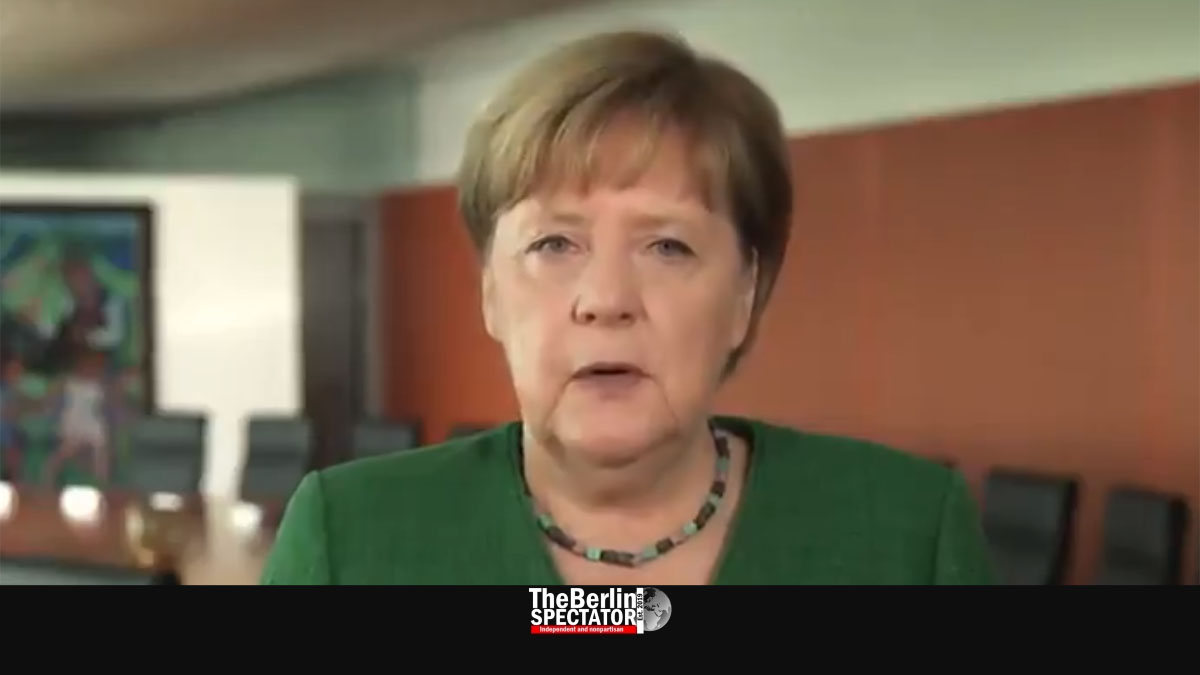 On the occasion of the 75th anniversary of the United Nations, Germany’s Chancellor Angela Merkel demanded reforms within the organization. She said the U.N. Security Council was deadlocked too often.

In a recorded video message for the anniversary celebrations in New York, Angela Merkel said the U.N. foundation had been “preceded by the Shoah, the betrayal of all civilized values by Germany, and the Second World War, which was likewise unleashed by Germany.” She said after these horrors, a new world order had been needed, along with a community for preserving peace in the future. This order had been created with the United Nations.

‘We Are One World’

“Its remit has expanded ever further over the decades as it has helped and continues to help around the world, not only with respect to post-conflict peacebuilding – for instance in Afghanistan and Mali – but also in bringing war crimes to justice”, Mrs. Merkel said. “Moreover, it has played a pivotal role in ensuring that only half as many people today live in extreme poverty compared to 20 years ago, and also in helping to eradicate smallpox around the world.”

The Chancellor also criticized tendencies that are causing issues: “The United Nations have, too often, been forced to lag behind its ideals as the interests of individual members have, time and again, prevented this order from functioning as it was intended. But those who believe that they can get along better alone are mistaken. Our wellbeing is something that we share – our suffering too. We are one world”, Merkel said in her recorded message.

She stated, the COVID 19 pandemic was just one example which showed “that global problems call for understanding and cooperation beyond national borders and at all levels.” At the end of the day, the United Nations could be only as effective as its members are united, Angela Merkel said.

“Particularly when it comes to the most intractable security issues, such as the situation in Libya and the tragedy in Syria, it is vital, despite all the setbacks, to do everything in our power to find common and thus viable responses. This was particularly important to Germany during our non-permanent membership of the Security Council.”

The Chancellor did not refrain from slamming the permanent members of the Security Council, in diplomatic words. She said the Council was all too often deadlocked when clear decisions were called for. “We need reforms. The United Nations must continue to develop in order to be in a position to master the global challenges of the 21st century.”

“Germany stands ready to continue to shoulder responsibility”, Merkel said. And she made clear her country wants more responsibility, by saying Germany would be pleased to be part “an expanded Security Council.” This is part of the reforms she is hoping for.

“I wish the United Nations and its members the courage, stamina and sense of community that are required in order to tackle the shared tasks together”, Chancellor Merkel stated. She thanked everyone and sent her best regards.