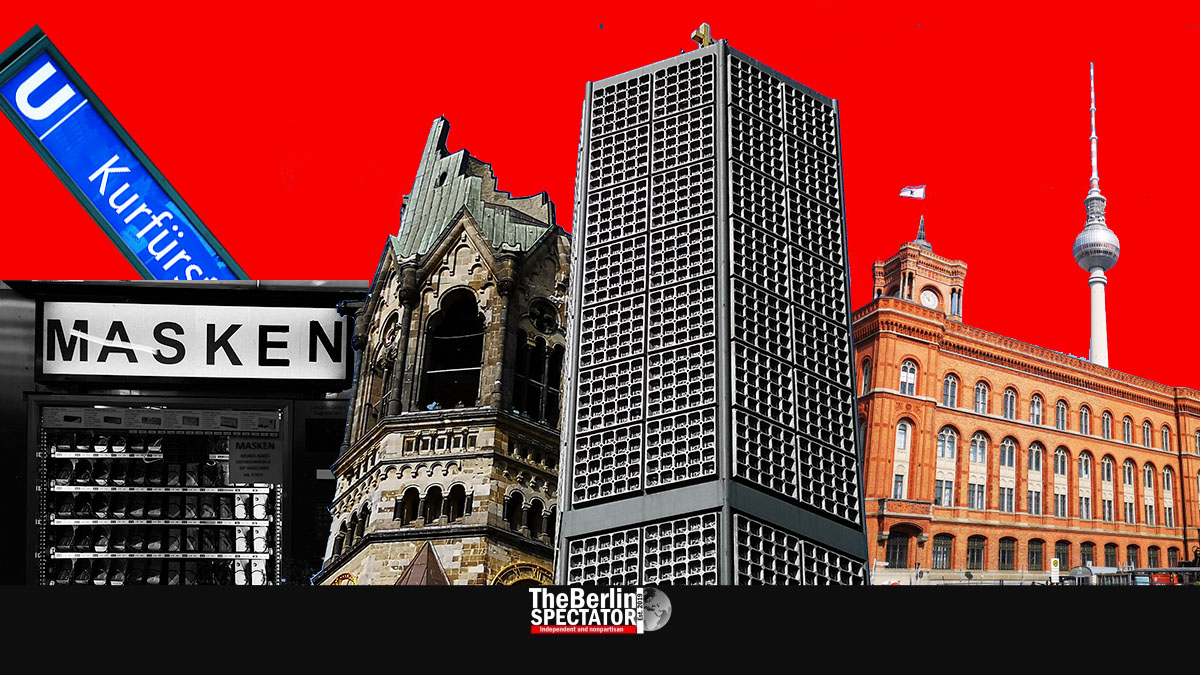 If Berlin was located abroad, the German Foreign Ministry would have declared it a high risk area already. The spread of the Coronavirus in the capital is alarming.

How could this happen? Is this the second wave? What is going on? What are the right steps to take? The issue Berlin now has, namely an unprecedented increase of Corona infections even before the cold season has kicked in, is being discussed on several levels.

On Monday, Chancellor Angela Merkel has a video conference appointment with the First Ministers from the federal states. They will talk about the implications of the rising Corona numbers in the field of education and in general. Even earlier, namely today, the Berlin Senate is busy discussing the circumstances.

Health Senator Dilek Kalayci was going meet the district mayors in ‘Mitte’, ‘Neukölln’ and ‘Friedrichshain-Kreuzberg’, the three Berlin boroughs with the most alarming Corona numbers. In the district the name of which is hard to pronounce to many non-Germans, ‘Friedrichshain-Kreuzberg’, the number of new Corona cases per 100,000 inhabitants has exceeded 50 for seven days in a row. The so-called seven day incidence number for the entire city is 21. It has not been this high in months.

What this means is that this part of Berlin is actually a high-risk area and that action is needed. Kalayci and the mayors intend to take measures. So is the Senate, which was going to discuss tightening the existing Corona rules. This is the situation nobody wanted to happen. At the same time it is not a surprise.

First of all, the Corona situation in the world, and especially in some of Germany’s nine neighboring countries, is alarming. Secondly, people in Germany have contributed to the increasing infection numbers, by traveling to foreign countries to party, and by behaving in a reckless fashion at pubs and countless outdoor parties at home.

That is also why more young individuals are infected now, according to Senator Kalayci. In an interview on RBB television she said it was easier for younger people to get through Corona, but it was clear they would infect the older ones. Once this happened, it was just a question of time until there would be more Corona patients at hospitals and more deaths, she stated.

The city state of Berlin has a warning system consisting of three traffic lights. Two of them are now yellow, which means it is time for action. There are demands for a new semi-lockdown, but this approach would hurt businesses again. Some are demanding police patrols at Corona hotspots. Their mission would be to stop parties or make sure they do not even start. A big awareness campaign for young Berliners is another idea the Senate might discuss.

Stricter mask rules might be announced once the Senate is done discussing the situation. Rapid Corona tests will supposedly be available soon. Berlin intends to use them and increase the number of Corona test centers. Some of them had been closed when the numbers improved. They will likely be reactivated. New restrictions for trade fairs and other events are on the agenda too. Berliners are supposed to refrain from traveling whenever possible.

Senator Dilek Kalayci is about to discuss Corona with Health Minister Jens Spahn and her colleagues from the other federal states as well. They might change Germany’s testing strategy. Persons who enter the country from high risk areas abroad are not supposed to be tested immediately anymore, but go into a 10-day quarantine. The latter can be shortened with a negative Corona test they can have done after five to seven days, if they pay for it themselves. At this stage, the Federal Republic of Germany is covering the bill.