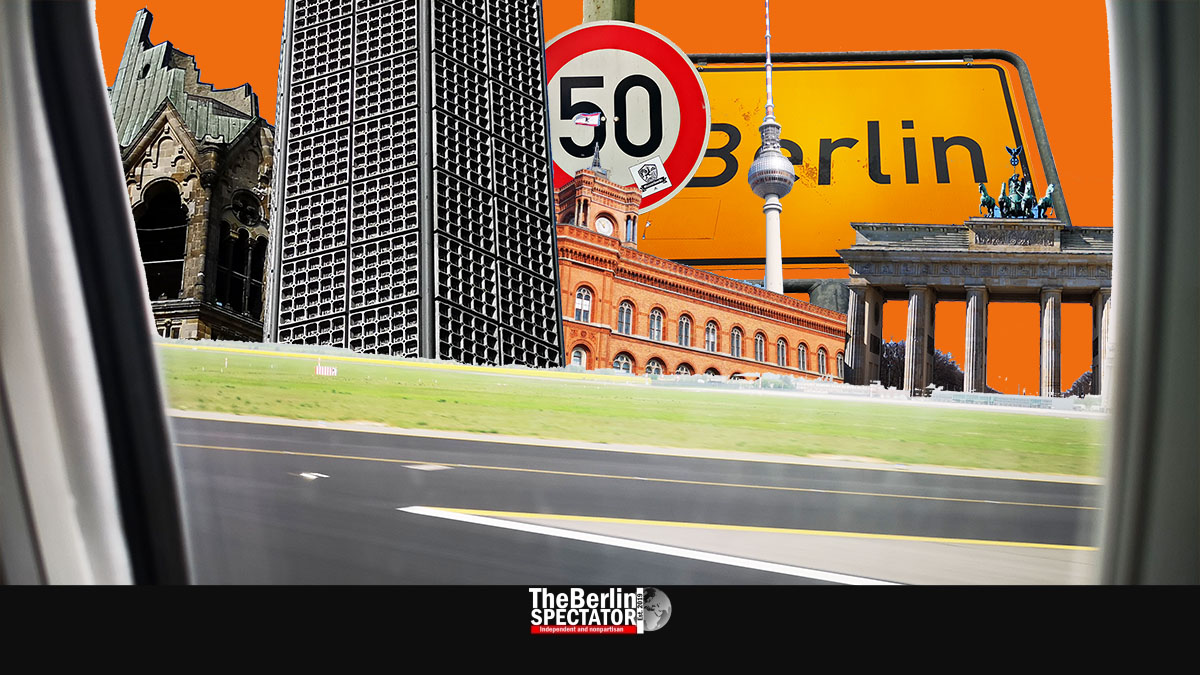 Dumb answers cannot exist without stupid questions and vice versa. Wait, a minute: Actually, they can. Anyway: In ‘Dull Answers to Stupid Questions’, we celebrate the stupid question, the dumb answer and the dull intro. This time, it is about Berlin’s airport situation.

How stupid can both questions and answers get?

The ‘Jeopardy’ answer would be this one: What is ‘very stupid’?

Are we ready for dumb questions and answers about BER Airport, the new pride of Berlin and Brandenburg? Well, let’s not delay things more than necessary. Here we go:

When will BER Airport open?

Yes, it will happen on October 31st. There won’t be any big inauguration party though. No ‘trick or treat’. No nothing. It’s not like the airport was completed on time. Nor is there a need for a new airport right now, in the middle of the crisis.

Will BER exhaust its capacity?

Sure, because everyone is flying to Zihuatanejo, Cape Town and Bangkok right now, right? Wrong.

The ongoing Corona wave is screwing up aviation yet again right now. It might take until 2024 until things are back to normal. So, the capacity is 28 million passengers per year or 76,712 per day. But instead, there might be 1,000 per day. For a while, BER will be a sorry sight, thanks to Corona.

Is Tegel Airport being converted to a cowshed?

Almost. But instead of cows chewing grass, nerds will probably be smoking it up there. A ‘super cool’ and gluten-free research center and industrial park will be taking off at Tegel. Airbuses and Boeings will be banned. It will be all about start-ups, energy drinks, useless Powerpoint presentations and genius ideas.

Will Tempelhof Airport be back in service?

You wish. That one was shut down twelve years ago, for the love of God. Nobody will put anything back in service, dammit, except for the sheep that are grazing there.

Forget that shoe box. This former GDR airport will be Terminal 5 of BER Airport from October 25th, 2020. Once upon a time, privileged GDR citizens took off to see the world from here. Now it will accommodate budget airlines.

What happens if you fly out of Berlin before BER opens and return afterwards?

Nothing happens, except you will be landing in the middle of nowhere when you return. But since BER has a built-in train station, you are saved. Just take a train or bus back to your Brandenburg barn, or wherever you live.

What is the best song for pilots?

What is The Fifth Dimension’s ‘Up Up and Away’? By the way: ‘Dreamliners’ and A350s are not balloons, in case you were wondering. Or are they?

That policy is important in order to make sure only one of them vomits all over the instruments. Someone needs to clean up the mess. So, if one of them picks the hamburger, the other one will have to consume the fries. And vice versa.

Very. It only cost 6 billion Euro (7 billion U.S. Dollars or 5.5 billion Pounds Sterling), which was more than twice as much as anticipated. Since so many tourists are flying to Pyongyang during the Corona mess, this airport will be a real moneymaker. That is also why the airport operator is asking the state for another huge pile of cash right now.

Will there be direct flights to exotic destinations?

Yawn. If Amsterdam, London, Paris, Copenhagen, Warsaw and Vienna are exotic, the stupid answer is ‘yes’. First of all, there are no exotic destinations in times of Corona. Secondly, Frankfurt Airport is the place to go for flight connections to exotic or intercontinental destinations. Munich used to offer them as well, in pre-Corona times.

Will BER offer flights to the Moon and to Mars?

Yes. And to Snickers. Don’t forget your fly flap and your bikini.