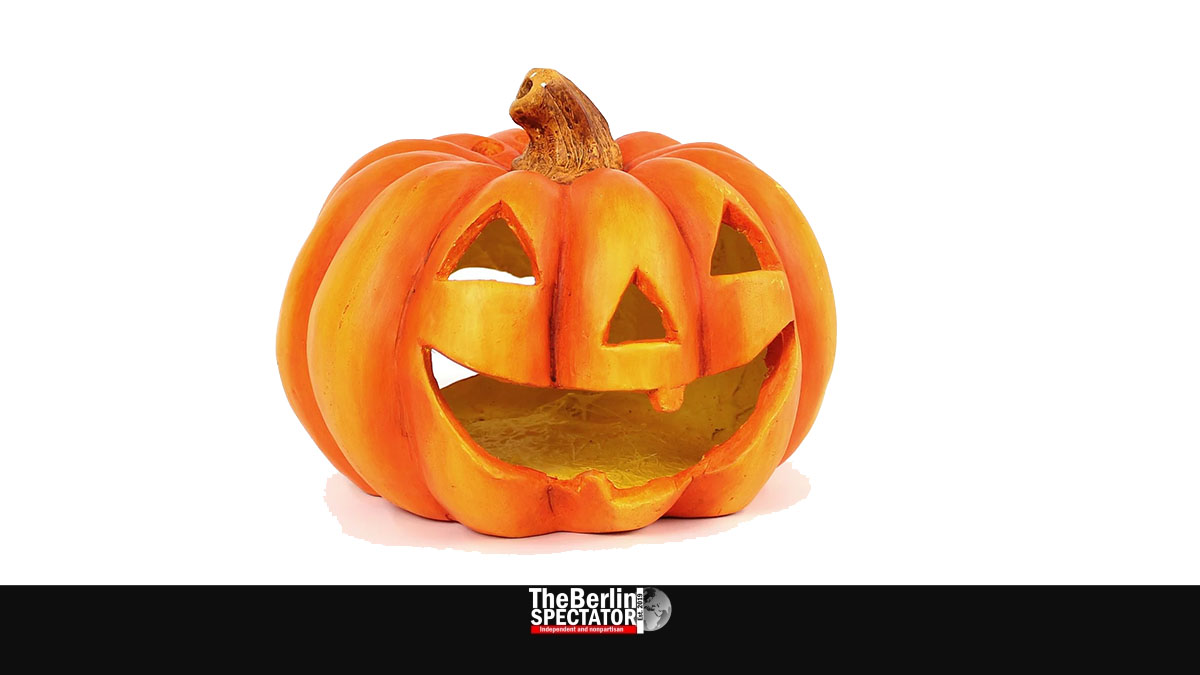 In Berlin, the Senate wants people to refrain from celebrating Halloween this year. No tricks, no treats, no pranks.

Berlin, October 31st, 2020 (The Berlin Spectator) — Far less children will be demanding tricks or treats in Berlin this year, for two reasons. First of all, it is raining like hell. Secondly, the Berlin Senate advised residents to refrain from sending their children to ask for sweets. Contacts needed to be minimized, a statement read. Even before the partial lockdown would be in place starting on Monday, the Senate wants Berliners to be careful.

A spokesman reminded residents to adhere to the distance and hygiene rules this weekend as well. In Berlin, the situation remains alarming. Meeting people is simply dangerous in a city in which all districts are high risk areas. Right now, Friedrichshain-Kreuzberg is the worst place to be, judging from the Seven Day Incidence Numbers that show how many new infections there have been per 100,000 inhabitants within seven days.

Three districts, Friedrichshain-Kreuzberg, Neukölln and Mitte have Incidence Numbers that exceed 200. The remaining nine districts are on their way in that direction. The number of Corona patients at hospitals, and in particular in ICUs, is on the rise. Tricks and treats can take people into intensive care if they are not careful.

Berlin is not alone. Bavaria asked people not to follow any Halloween customs this year. Germany’s Family Minister Franziska Giffey, who might succeed Michael Müller as Governing Mayor of Berlin soon, said children should not walk from door to door, but celebrate Halloween at home, with sweets. They could dress up in Halloween costumes with their families.

Experts and local politicians in Berlin say children who went for tricks or treats should not accept sweets without packaging, and grab their little presents with gloves. Some say parents needed to accompany their children if they really wanted to go for it.

The German police warned that children who rang bells would notice that many doors were closed this time because of the Corona pandemic. Pulling little pranks on people who did not distribute sweets this year was fine as long as they were harmless. Damaging people’s property was not acceptable as it could have legal consequences. It was important to stick to the Corona rules too, the Prevention Unit of Germany’s police said.