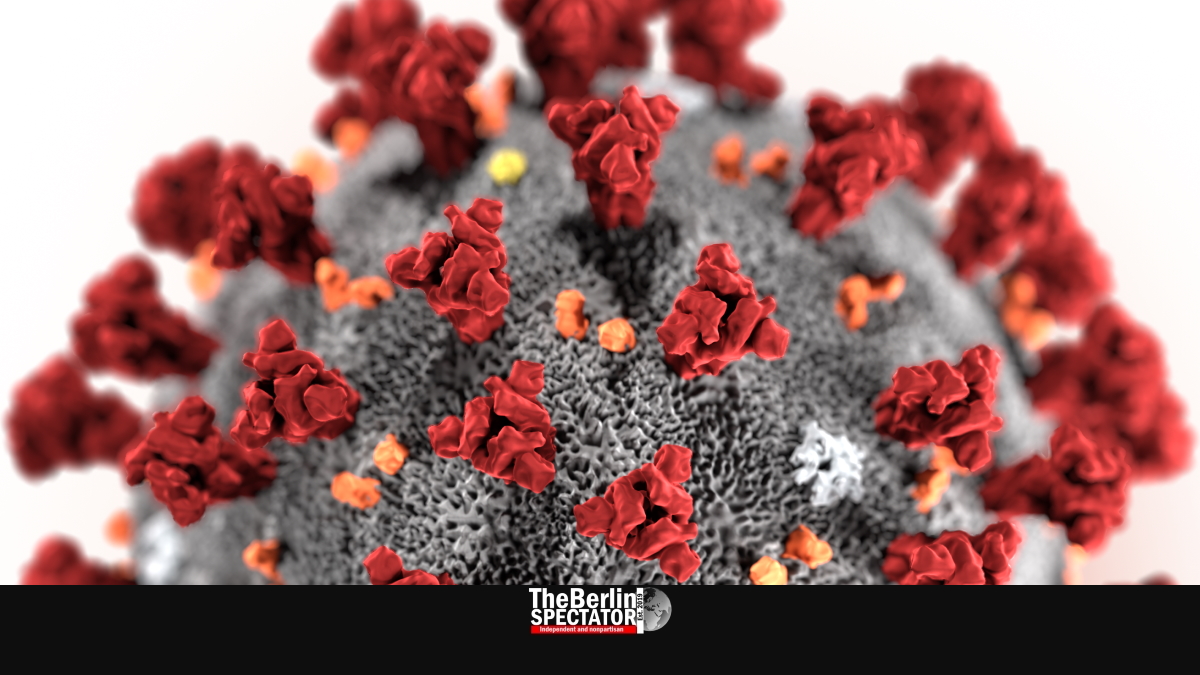 In Germany, the Coronavirus mutation that was first identified in Britain, B.1.1.7, is spreading more and more. The development could have implications for the duration of the ongoing lockdown.

Berlin, February 20th, 2021 (The Berlin Spectator) — The share of new, more aggressive Coronavirus mutations — B.1.1.7 above all — among all new infections is rising rapidly. On January 11th, 2 percent of all persons who had just been infected with Corona carried the British variant. By January 25th, the share of B.1.1.7 had already more than doubled. Then, it doubled again, within a week.

Today, the number of new Coronavirus infections and the Seven Day Incidence Number for Germany increased again, after weeks of dropping. The Incidence Number is now 57.8. It had been 56.8 on Friday. According to the Robert Koch Institute, 9,164 new infections were reported since yesterday, some 800 more than last Saturday.

Could the latest increase have to do with the more dangerous mutants? Politicians and virologists are worried, and they should be. The situation in Flensburg shows how quickly situations can change in this crisis. Just as things were looking up, the new mutations hit. As a result, the infection numbers and the Seven Day Incidence Number in Flensburg county skyrocketed. At this moment, it stands at 191.9.

Because of the rapid spread of those Corona mutants in Flensburg, neighboring Denmark just closed several border crossings, as the Ministry of Justice in Copenhagen stated. New, stricter Corona rules were put in place in Flensburg this morning. Those include a curfew from 9:00 p.m. to 5:00 a.m.. People may still go to work, return home from work, go to seek medical help or return home from there during those hours.

Flensburg also has tightened contact restrictions since midnight. Meetings or gatherings with persons from different households are now forbidden. In the rest of Germany, people may meet up to one individual who lives somewhere else. Of course, Flensburg included exceptions for separated couples and children of separated parents. The new rules in Flensburg will apply for at least a week.

On March 3td, 2021, Chancellor Angela Merkel and the First Ministers from Germany’s sixteen federal states will meet again in order to discuss the Corona situation and its implications. On March 7th, the Corona rules were supposed to be eased. The question now is whether this will be possible.