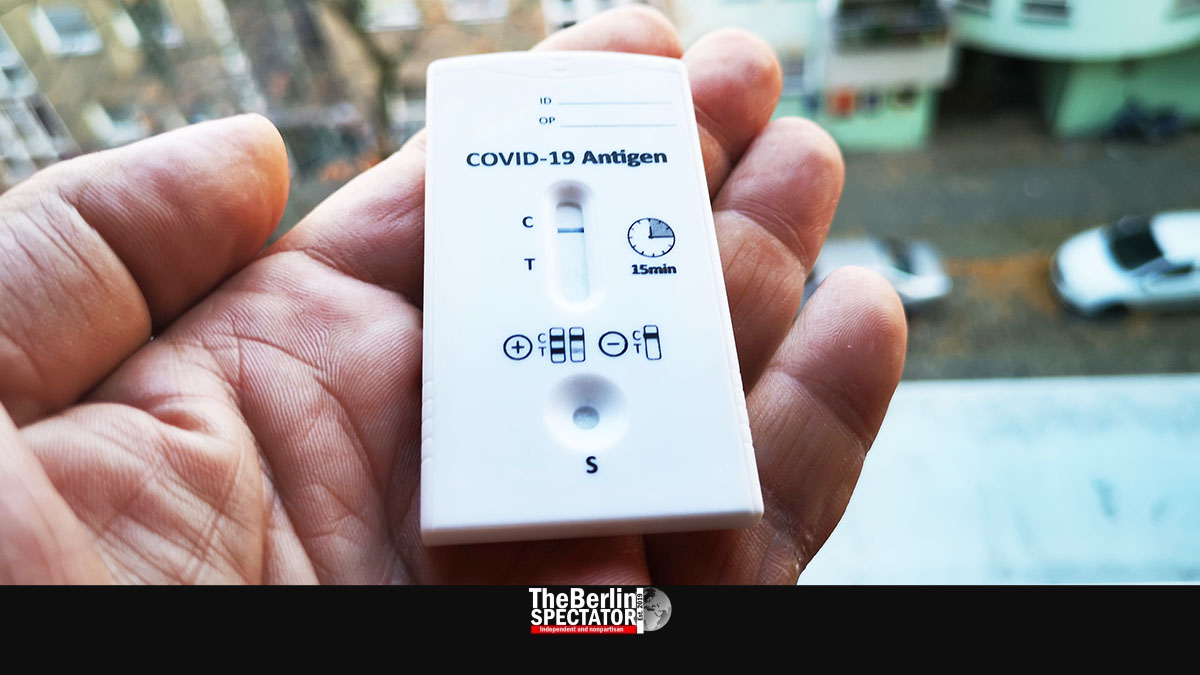 Germany might ease the Corona rules, to some extent, this coming week. Even Bavaria’s First Minister Markus Söder supports steps in that direction.

Berlin, February 27th, 2021 (The Berlin Spectator) — It is a combination of aspects that may justify an easing of Corona restrictions, at least to some extent. First of all, the vaccinations are making some headway. According to Professor Lothar Wieler, who heads the Robert Koch Institute, the first effects of the ongoing vaccination campaign is already included in the infection numbers, which have been falling until recently.

Secondly, the testing possibilities are a lot better by know. Quick Corona tests will soon be available to everyone. This aspect does provide new possibilities. First Minister Söder told the ‘Münchner Abendzeitung’ daily, there could be “quick test centers” in front of zoos. That way, they could be reopened. In Berlin, both zoos have been open throughout this lockdown, and still are. But what Söder said was an example. Those quick tests will be helpful in many areas.

The rising infection numbers, on the other hand, militate against the reopening of businesses or the easing of contact restrictions. Today’s number of new infections in Germany, 9,762, is higher than last Saturday’s number, by about 600. Germany’s Incidence Number was 57.8 a week ago. Today it stands at 63.8.

This might have to do with the new, more contagious Coronavirus variations or with the nice weather of the past few days, which made people gather even though they should not have. Whatever it is: Those numbers are not moving in the desired direction right now. Will they mess up the government’s plans to ease restrictions? By the time Chancellor Angela Merkel and the First Ministers discuss the Corona situations and its implications on Wednesday, any trend, upward or downward, might have become more obvious, which would make decisions easier.

According to Markus Söder, “more contacts are responsible where the Incidence Numbers are low”. In his interview with the ‘Münchner Abendzeitung’ and other dailies he stated people from two households could meet in areas in which the Incidence was below 35. But this idea is actually not new. At this stage, people may meet or gather with up to one person from a different household, but, at least in Berlin, many residents do not seem to stick to this lockdown rule anymore.

What the situation in Germany’s federal states is concerned, there are big differences. Thuringia continues to be the only state in which the Seven Day Incidence Number is above 100. This morning, it stood at 125.5. Saxony-Anhalt and Saxony have relatively high numbers, namely 88.7 and 78.0, respectively. On the other end of the list, things look relatively good in Baden-Württemberg, which stands at 49.3 today. It is the only state with an Incidence Number below 50.