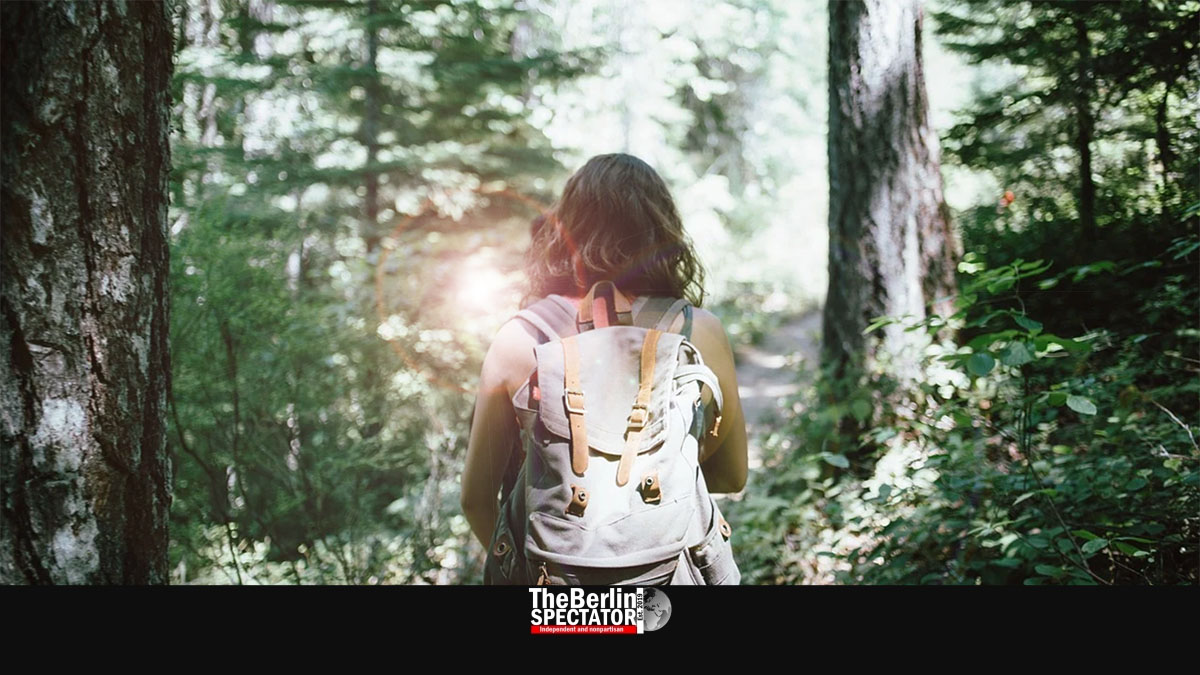 Two days after parents from Berlin lost their 8-year-old daughter during an excursion in a forest in Czechia, a ranger found the girl alive. A search operation that had commenced on Sunday involved 1,400 people.

Berlin, October 13th, 2021. Update: 5:31 p.m. CEDT (The Berlin Spectator) — Two days after her parents lost her during a hiking trip in a mountainous area in Czechia, an 8-year-old girl was found in a forest close to the German border. She was suffering from hypothermia. On Sunday, the girl’s family had hiked in the border area between Czechia and Germany, around the Čerchov mountain, located on the Czech side. At some point, the parents lost their daughter, their son and a cousin. The three children were 6 to 9 years old.

A search and rescue team managed to find the couple’s son and the cousin who had come along on the trip by Sunday evening, but the girl was still missing. The situation she was in was considered dangerous from the start, also because of cold temperatures, especially at night. On Sunday night, the size of the search team was increased. According to the ARD radio and TV network, it involved 1,400 people and more than 100 search dogs.

The Bavarian police was involved in the search, because the region the family from Berlin was hiking in borders with the federal state. Czech officers, rangers, the Red Cross in the Bavarian town of Cham and volunteers from both sides of the border were part of the team too. The search also involved a helicopter and drones with thermographic cameras. Still, the girl could not be found. On Monday, those involved in the search believed the child’s chances of survival were shrinking rapidly. Both the cold weather and the mountains with their deep slopes posed dangers to the girl.

Then, on Monday at 1:35 p.m. CEDT, a Czech ranger located the girl at a woodlot. She was in the bushes and called attention to herself, when the forester approached the location. At 2:52, the police in Upper Palatinate, a district in Bavaria, spread the good news: “The 8-year-old was found alive. Thanks to all helpers!”, a twitter message posted by the police press department read. Bavaria’s Minister of the Interior, Joachim Herrmann, said “a bit of luck” had led to the search operation’s success.

Immediately, the girl was taken to an undisclosed location and got medical care. The press was supposed to be kept away from her. Within a few hours, the child and her parents were reunited.

According to the Bavarian police, the girl was probably on the move in the mountainous area during the two days between her disappearance and the moment she was found and rescued. In the area, signs on trees pointed towards villages that were a few kilometers away, but the girl either did not see them, or she was not sure how to interpret them.

The girl from Berlin’s Pankow district spent one night at a hospital on the German side of the border. On Tuesday, she left the clinic with family members. According to German-language media reports, she is healthy, apart from a little scratch on her leg.